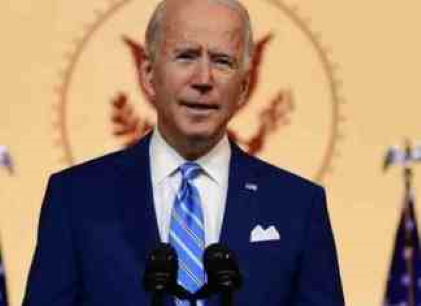 Fumbling Joe Biden is coming out with a slew of executive orders to reverse and erase the America First policy of Donald Trump and 74 million Americans. Behind the scenes, orchestrating most of it, is Susan Rice, a noted liar.

Biden will immediately end the building of the wall. Apparently, we only need walls around our Capitol to keep Americans out. All the criminals and needy Democrats who want to come in illegally are welcomed.

There will be a new open borders approach to immigration.

Regional migration will be looked at positively. NSA adviser Jake Sullivan will add that there will be a “special emphasis” to address the “root causes of migration in the region.” That means more of the useless research we saw under Obama. It’s an excuse to give millions to dictators in other countries. The money is never held to account. The purpose is to distract as they let everyone in from our hemisphere.

Biden, who doesn’t have much mental functioning, will rebuild the asylum system. Actually, Susan Rice will take charge of that. It will result in all manner of illegal immigration becoming acceptable. This will be the new asylum.

The next round of orders will abolish the Remain in Mexico policy.

He will fortify the Obama deferred action for childhood arrivals program. Most of the people in the country illegally will be given amnesty. There will be a short path to citizenship.

The non-existent Muslim ban will be abolished. People from terror nations will be admitted into the country to stay.

He will reverse Trump’s order to not include non-citizens in the census. Those numbers are used for doling out money and apportioning congressional seats. In other words, states that encourage illegal immigration will be rewarded with money and seats.

These non-citizens will soon vote for Democrats. And Democrats have moved hard-left.

Our ties with the Chinese Communists return!

We will go back into the World Health Organization which follows CCP orders. It will be expensive. Dr. Fauci, the aged hysteric, will lead the Biden admin on the WHO board meeting next week. Fauci is the man who said China was being very transparent about the COVID-19.

The ridiculous PC pandemic unit is coming back to the NSA.

Biden will illegally sign us back up to the Paris Accord. The Accord is a treaty that was never ratified. Extremist Gina McCarthy says it will make clear that “climate change poses an existential threat.”

Trump’s environmental actions that allowed businesses to flourish will be gone. That doesn’t serve our interests says, McCarthy. As for the Keystone Pipeline, it’s gone.

Biden will tell Americans to wear a mask for 100 days. The 46th president will mandate it on federal land and in federal buildings and for contractors.

The mentally challenged puppet president will mandate no evictions and no foreclosures through March 31st. He will tell Congress to cancel $10,000 in student debt immediately per person. They don’t have to pay their debts, all of America does.

Racial justice and equity will take center stage. This is for an alleged “whole of government approach to racial justice.” In other words, minorities will be favored and whites treated unfairly.

Biden will sign an executive order to “define equity as the consistent and systemic fair, just, and impartial treatment of all individuals” including those who “belong to underserved communities such as Black, Latino, Indigenous and Native American persons, Asian Americans and Pacific Islanders, and other persons of color; LGBTQ+ persons; people with disabilities religious minorities; persons who live in rural areas; and persons otherwise affected by persistent poverty or inequality.” Everyone but whites. That is racist.

They will force employment based on color and sexual preference instead of ability and competence. They say everyone must have the same outcomes. That’s communism.

Biden will go back to heavy regulation. He will remove obstacles to regulating everything.

Jen Psaki said many more executive actions are coming. This is no longer a government of laws with a separation of powers and a legitimate Congress. It’s a government that will be run by executive orders. There will be one rule putting transgenders in the military without giving them a mental exam first.

This is Marxist Obama’s third term.