Biden admin ridding us of domestic terrorists in the NRA, YAF, Turning Point 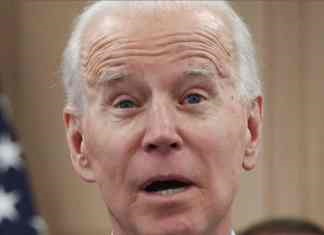 Biden admin ridding us of domestic terrorists in the NRA, YAF, Turning Point

In his opening remarks for his confirmation hearing, General Lloyd Austin (ret), President-elect Biden’s nominee to be DOD Secretary, pledged to “fight hard… to rid our ranks of racists and extremists.” He means ridding Soviet-style, and is looking at the Right.

By “racists and extremists,” he is referring to white male Trump supporters.

The Biden administration plans to make domestic terrorism a key focus of the National Security Council, according to transition team officials. They have been looking at ways to shift government resources used for counterterrorism, to combat “domestic violent extremism,” as the new administration is expected to call it.

Again, they are only looking at the Right.

According to Jack Posobiec, a White House source says the NRA, Turning Point USA, and the Patriot Guard Riders are three of many non-militia groups on the list used by the CID and FBI to seek out so-called extremists. They are using the list to cross-reference in vetting for potential “extremists.”

Those groups are not extremists. They’re moderate.

YAF is also on the list, and it too is not extreme at all.

They’re looking at various Turning Point USA chapters in almost every university and high school where there is one (for example high school members who are in the future soldier program, which is Army’s version of Delayed Entry Program) and college-age soldiers obviously already in.

Left-wing, anarchist groups are also listed but not a top priority. In fact, zero have been investigated as of this evening. Leaders in both the Army and the FBI have focused attention on groups with “strong conservative sentiments.”

NCIS, AFOSI, CGIS are also expecting to receive that directive from senior DoD officials in the coming days. This goes way beyond the inauguration. It won’t magically stop after tomorrow, Posobiec says.

Biden will hire a private security service for $7 million to be paid by taxpayers. He doesn’t trust our military or police.

Stalin would be proud.