DC, a militarized zone! Do they know something we don’t know? 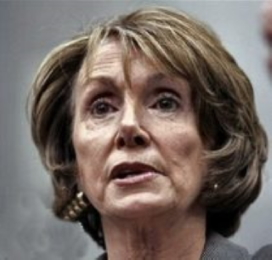 DC, a militarized zone! Do they know something we don’t know?

How many soldiers do you need to secure the regime of the most popular president ever in history? Will 25,000 be enough? 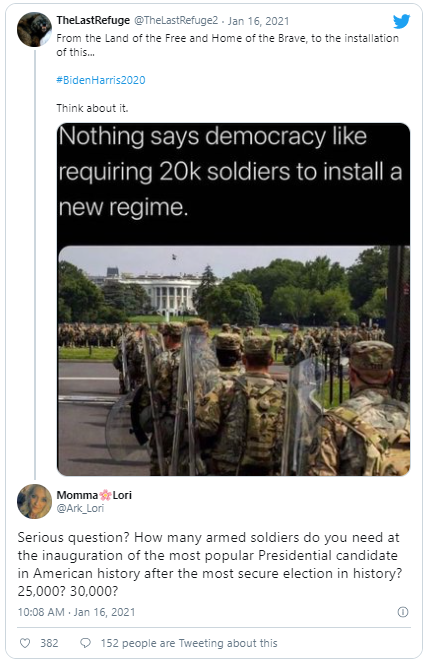 Sentinel’s theory of why we have 25,000 troops in DC for a virtual impeachment could be that Pelosi wants to show how dangerous Magas are. It’s also possible the Democrats wanted to show their might. They are in control of the military. Can you hear them now?

William Jacobson at Legal Insurrection has a different theory. He writes: This massive military show of force smacks of protecting against a threat that has not yet been disclosed publicly. They seem to be planning against a military mutiny. That’s how it feels.

Now, that would be something. But why have them all gathered then?

The numbers of rioters on January 6th were in the hundreds and could have been contained with a couple of hundred more police officers. However, Mayor Bowser, the FBI, and the offices of Senator McConnell and Speaker Pelosi refused to allow additional security. Why?

Now we have 25,000 soldiers and armored vehicles preparing for a virtual impeachment. The military is building fences and walls. Bridges are secured against something.

It’s nice to know that Democrats now like the military.

AirBnb has declared a moratorium on people coming into the city using their services. Facebook has banned the creation of new event pages for D.C. These private entities likely took these actions at the request of security agencies., Jacobson writes.

There’s more, and there’s never been anything like it before.

There are some possibilities. One is that this is a deliberate overreaction as a show of force to deter anyone even thinking about causing a problem. In a rational world, given the Capitol Hill riot, that would be an obvious explanation.

But this massive military show of force smacks of protecting against a threat that has not yet been disclosed publicly. They seem to be planning against a military mutiny. That’s how it feels.

Something’s happening here, what it is ain’t exactly clear.

So, there you have it, another theory. He’s right. Something is happening here.

However, it could be as simple as Speaker Pelosi and the other handlers behind the curtain seem to be running the show for feeble Joe, and they’re crazy.