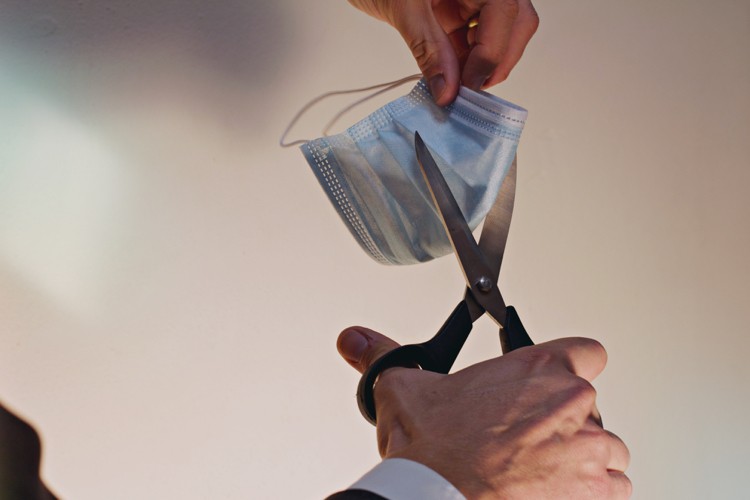 Taking a Stand: Sheriffs, Local Officials, and Rule of Law VS. Covid Dictators

There’s a new sheriff in town, and his name is not Anthony Fauci. Robert “Bob” Norris, the newly elected Sheriff of Kootenai County, Idaho, has let it be known that when it comes to COVID lockdowns and face mask mandates the Kootenai County Sheriff’s Office (KCSO) is not going to be drafted by politicians and so-called health authorities to “enforce an unenforceable law or executive mandate on its citizens.”

Sheriff Norris joins a growing chorus of sheriffs and state and local officials across the nation who are standing up to the new COVID dictators who are using fear to destroy our economy, our jobs, our businesses, and our liberty.
In a January 11 media release, Sheriff Norris told his constituents: “I make this commitment to you, the citizens of Kootenai County. The Kootenai County Sheriff’s Office will not enforce an unenforceable law or executive mandate on its citizens. It is not law enforcement’s job to get between you, your health and your doctor. Period. Enforcing criminal sanctions on otherwise law-abiding people goes against the fundamental principles of the U.S. and Idaho Constitutions.”

“It should be pointed out there is no provision in our Constitution that suspends people’s rights during a ‘declared emergency,’” Sheriff Norris continued. “It is my opinion that the facts are becoming clear with Covid 19 – certain risk groups should take extra precautions, but the vast majority of healthy people who contract Covid-19 will experience flu symptoms and recover from the virus.”

Residents of Kootenai County, a community of around 160,000 in the northern Idaho panhandle, can now take comfort in knowing that deputy sheriffs will not be monitoring their activities or issuing citations for failure to observe “social distancing,” mask mandates, business lockdowns, and other despotic orders.

“We trust citizens to assess their own risk and take the necessary precautions based on their own risk factors,” Sheriff Norris said, evincing common sense and an understanding of the rule of law that has escaped Governors Cuomo and Newsom, and thousands of other power-drunk government officials. “The Kootenai County Sheriff’s Office (KCSO) role in our community,” Norris noted, “is not to count how many people are in your home or how a private business conducts itself to make a living for the business or its employees. The Kootenai County Sheriff’s Office will never interfere with religious gatherings.”

The citizens of Kootenai County now join the residents of Bonner County, which borders them to the north, in enjoying the benefit of a sheriff who does not kowtow to the unconstitutional pseudo-authority of the Covidian statists. Last year, as the WHO/CDC establishment began using the China virus for a worldwide political coup, Idaho’s Bonner County Sheriff Daryl Wheeler took a stand (and took the heat) for resisting the call to trample the state and U.S. Constitutions and the rights of citizens in the name of an open-ended “emergency.”

In April of last year Sheriff Wheeler came under attack from national and local media (led by the New York Times, naturally) for writing a letter to Idaho Governor Brad Little appealing for sensible moderation and urging him “to call up the full Idaho Legislature and assemble them for an emergency meeting,” rather than pushing forward with draconian lockdowns.

The Times accused Sheriff Wheeler of leading a “rebellion” that “threatens to undermine coronavirus orders,” and local doctors impressed with their new-found powers joined in the attacks on the sheriff for questioning the ambiguous “science” behind their push for medical-political absolutism.

In an exclusive video interview with The New American last April following that media-led hullabaloo, Sheriff Wheeler explained the constitutionalist, common-sense, pro-freedom commitment that guided his response to the repressive mandates implemented by Governor Little and the medical bureaucrats. And in an article subsequent to that interview, we published his response to the implied threat in a letter-to-the-editor by local doctor Robert J. Burnett, who suggested that he and his medical colleagues might withhold medical assistance from the sheriff and his family in retaliation for opposing the Covidian dictates. 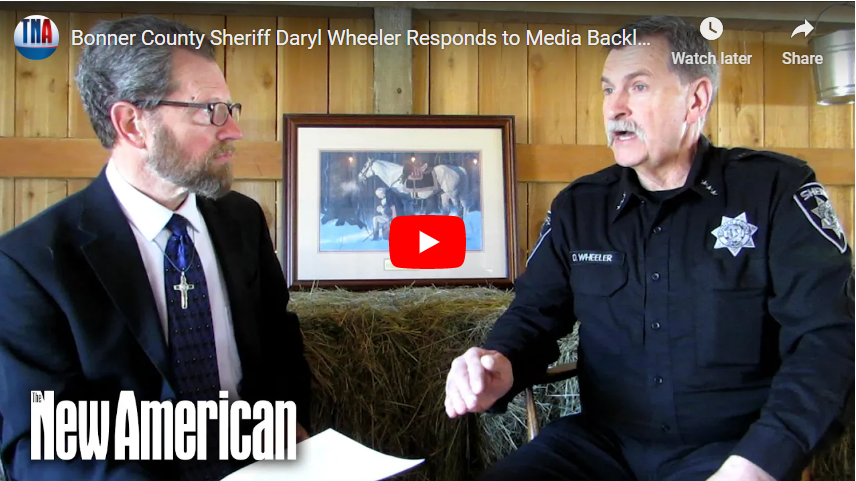 In November, right before the Thanksgiving holiday, Sheriff Wheeler assured citizens that his office would not be harassing them during their family get-togethers. He also let it be known that snitches who reported their neighbors for failing to adhere to Covidian decrees should not expect his deputies to perform as enforcers of the illegitimate mandates.

“Governor Little, instead of calling up the Idaho Legislature, empowered the unelected Panhandle Health District with a legislative function,” Sheriff Wheeler continued. “Please read what the Panhandle Health District wrote, and decide for yourself how it could possibly be enforced. The Bonner County Sheriff’s Office is working at maximum capacity on real crime, and it cannot enforce the unenforceable mask rules. Most law enforcement agencies around the country are either passively or actively refusing to follow these types of directives. Any arrests/citations that have been made/issued in the past were related to high-profile targets (such as the Psalm Sing in Moscow, Idaho), and I believe they have nothing to do with public health.”

On January 11, Sheriff Joe Brogan and eight other officials of Baraga County in Michigan’s Upper Peninsula issued a “Manifesto” defying Gov. Gretchen Whitmer’s increasingly tyrannical Covid edicts. “Since March 10, 2020,” the statement declares, “the people of the state of Michigan have endured restrictions on their freedom which have not been seen in North America since the days of King George III and the American Revolution.” The officials declare that the “political leadership in Lansing has ignored the protections guaranteed to all American citizens by the Bill of Rights in favor of medical models designed to predict the course of a still, for the most part, unknown virus. The result has been the adoption of clearly unconstitutional measures which treat human beings like herd animals and which arbitrarily pick economic winner and losers.”

“Enough is enough,” the manifesto declares. “We have taken an oath to uphold and defend the Constitution of the United States of America, an oath we take very seriously. Accordingly, we hereby put the State of Michigan on NOTICE that we have no intention of participating in the unconstitutional destruction of our citizens’ economic security and Liberty….”