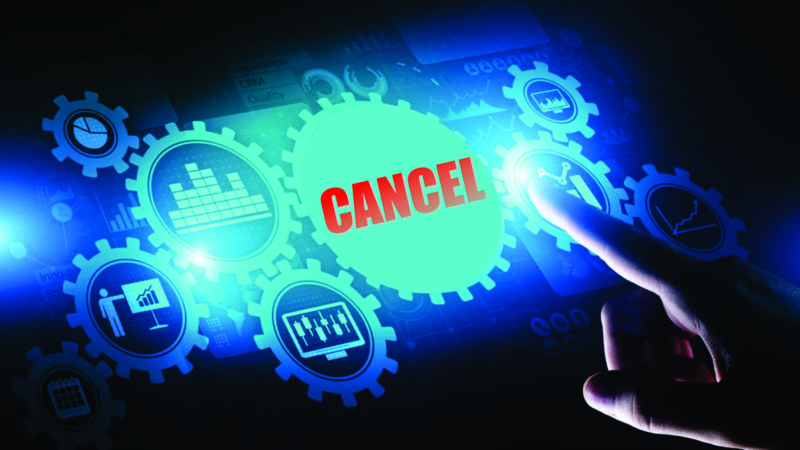 The large social media and search companies, a.k.a., “Big Tech,” have long been out of the closet when it comes to censorship, as CFACT has documented. I first wrote about this 19 months ago, and it well predated my analysis.

Big Tech is now abandoning any masquerade of standards or objectivity when they censor those with whom they dislike or disagree. In fact, they are blaring it with the increased backing of many politicians who swore an oath to the Constitution; the document that guarantees free speech as an inalienable right.

None of these individuals has yet reached the comparative wealth of 19th century “robber barons,” John D. Rockefeller (oil), Andrew Carnegie (steel) or J.P. Morgan (finance). However, the 21st century robber barons are no less powerful.

The 19th century economic titans controlled industries and crushed competition from other businesses. They had disproportionate control over the economy and people’s livelihoods, even though America’s standard of living improved during this industrial age. Thanks to President Theodore Roosevelt and other courageous politicians and judges in the early 20th century, the monopolies were declared illegal and broken up.

The 21st century tech giants are similarly crushing their competition, the latest flagrant example being the information platform, Parler. More insidious than the 19th century monopolies is Big Tech’s control of information. Controlling what the public knows is ultimate power—as any dictatorship understands—since it influences behavior of the populace, stifles opposition, and increases political and economic power. Just because Big Tech consists of private companies rather than government does not make their abridgments legal, much less acceptable. As with their 19th century predecessors’ threat to economic freedom, the power and control over the masses by today’s monopolistic few are a threat to constitutional freedom and more.

Examples of information control abound. Last spring, President Trump suggested that hydroxychloroquine could help treat the coronavirus, a view held by countless physicians. Youtube and Facebook censored such people. Twitter refuses to permit discussion of evidence of irregularities in the last presidential election, but allowed years of rampant falsehoods about the one prior. Twitter and Facebook just banned President Trump from their platforms, which were criticized by the senior legislative counsel of the American Civil Liberties Union. But, the Jew-hating Ayatollah Khamenei, dictator of Iran, the world’s leading terrorist nation, can still tweet, along with tyrants throughout the world. One need not agree with or like the outgoing President of the United States to find that twisted and hypocritical.

Censorship is not a new reality to those in the climate change debate, especially for questioning mankind’s impact on the temperature. Media figures like NBC’s Chuck Todd and activists such as Robert F. Kennedy, Jr. have advocated censorship and imprisonment for dissenters from their dogma.

Censorship to squash opposing voices is now metastasizing on many issues like a societal cancer. As with other parts of the Constitution, the right to free speech is becoming a truism in America, i.e., it exists on paper but less and less in reality. This is because powerful tech monopolies are more brazen with the support of the political party they help elect to control the federal government.

U.S. Senator Chris Coons of Delaware and the indefatigable Representative Alexandria Ocasio-Cortez are the tip of the iceberg of politicians overtly in support of censorship. Last fall, Sen. Coons urged Twitter to clamp down on “climate denialism,” (i.e., anyone who challenges his view of climate Armageddon). AOC now wants to “figure out how we rein in our media environment so you just can’t spew disinformation and misinformation.”

Beware of any politician, Left or Right, wanting to “clamp down” viewpoints or “rein in” the media under the guise of stopping hate or preventing falsehoods. Rather, it is about quelling disagreement and opposition.

The answer to hate speech and disinformation is more speech and more information, not censorship or a cancel culture to threaten one’s job and livelihood. Rioting and pillaging also are no excuse to war against the First Amendment since there already are laws that should be enforced against what occurred last week at the U.S. Capitol and last summer in cities across the country.

Joseph R. Biden, Jr., is no Theodore Roosevelt, though few presidents were at his level. Mr. Biden will be the oldest president the moment he says, “So help me God” next week, and likely serves one term. He also could be a courageous and historic figure if he followed the example of T.R. and lead a break-up of the tech monopolies. Unfortunately, Biden is a huge beneficiary of Big Tech and nothing in his 48 years as a D.C fixture suggests he has political valor for reform.

I wish President Joe Biden well, and hope he can get beyond the present-day acrimony and his comfort zone to build a positive legacy. That won’t come from expanding “Green energy,” but by reaffirming and strengthening speech and other threatened liberties that are the birthright of every American.