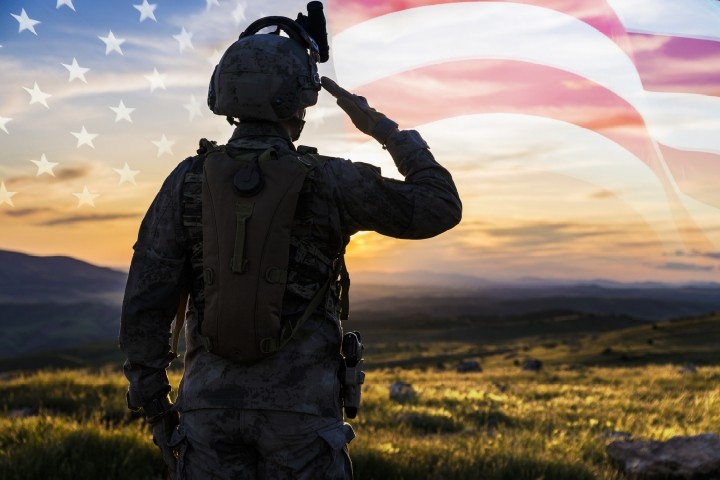 The Left has the executive and legislative branches and the bureaucracy. If they’re able to remake the military in their image, will it be game over for constitutionalists?

The Pentagon is reportedly looking to crack down on “right-wing extremism” within the U.S. military, and the mainstream media is fomenting fears of “hate groups” in the ranks to encourage cultural engineering among the armed forces by the incoming Biden administration.

A recent article at establishment outlet Politico claims that the Defense Department is currently “confronting a resurgence of white supremacy and other right-wing ideologies in the ranks” and calls on the Pentagon to tackle the issue head-on because “former military personnel played a role in the deadly attack on the U.S. Capitol last week.”

According to the “lawmakers, retired military leaders and experts on extremism” that Politico selectively quotes, “tackling the influence of hate groups, racist propaganda and anti-government sentiment in the officer corps and enlisted ranks must be an immediate task for Joe Biden’s pick for secretary of Defense, retired Gen. Lloyd Austin.”

Politico restated what, for the Left and the establishment, is the dilemma: “The overall problem of right-wing extremism has dogged the military for decades and tends to be more severe when there is a rise in wider society.”

In other words, the problem is that too many members of the armed services are conservative. It’s long been common knowledge that current and veteran members of the military tend to swing right rather than left on the political spectrum. The Left hopes that the Biden administration will change that once and for all.

Politico notes about “right-wing extremism” in the military:

It has gained new attention in the wake of the revelation that a retired senior Air Force officer allegedly took part in last Wednesday’s riot in the U.S. Capitol and a Navy veteran who also played a leading role was arrested over the weekend. Meanwhile, a rioter who was killed while trying to break into Speaker Nancy Pelosi’s office suite was also an Air Force veteran who espoused far-right and QAnon conspiracies.

“To an even greater degree than in previous surges of extremism,” he added, “the Internet has played a role in the present one, with extremist content found on websites, discussion forums, chat rooms, social media, messaging apps, gaming and streaming sites, and other platforms.”

Such “concerns,” of course, are used by the Left to justify social-media censorship against right-of-center users and content creators. We are currently witnessing a major purge of such voices in the form of deplatormings (including of the president of the United States) from social platforms such as Facebook and Twitter and the coordinated cross-platform assault on conservative alternative social apps such as Parler.

There appears to be support within the Pentagon for the Left’s war on alleged right-wing radicalism in the military. “We don’t tolerate extremists in our ranks. That’s the bottom line,” said chief spokesperson Jonathan Hoffman. “And we haven’t.”

“Any effort and any opportunity we have to identify individuals that have extremist behaviors or extremist tendencies they will be addressed and they will be referred to appropriate authorities for addressing that,” Hoffman added. “That has been the premise of the Department as long as it has been in place and we will continue to do so.”

Representative Jason Crow (D-Colo.), a retired Army officer and member of the House Armed Services Committee, claims there is a “rise of extremism and white supremacy in the ranks,” and in a call over the weekend with Army Secretary Ryan McCarthy, he requested the “expedited investigation and courts-martial against those involved” in the breach of the Capitol last week.

Pitcavage singled out the militia group Oathkeepers, a coalition of locally based groups comprised of active or retired military who say they are willing to fight to uphold the oaths they took to defend the Constitution.

According to George Reed, a retired Army colonel and military policeman who investigated white supremacists for Army CID, such groups are a mortal threat to civil-military relations.

If leftism is creeping into the military slowly under President Trump’s watch, how rapidly will it infest the ranks with Joe Biden in office?