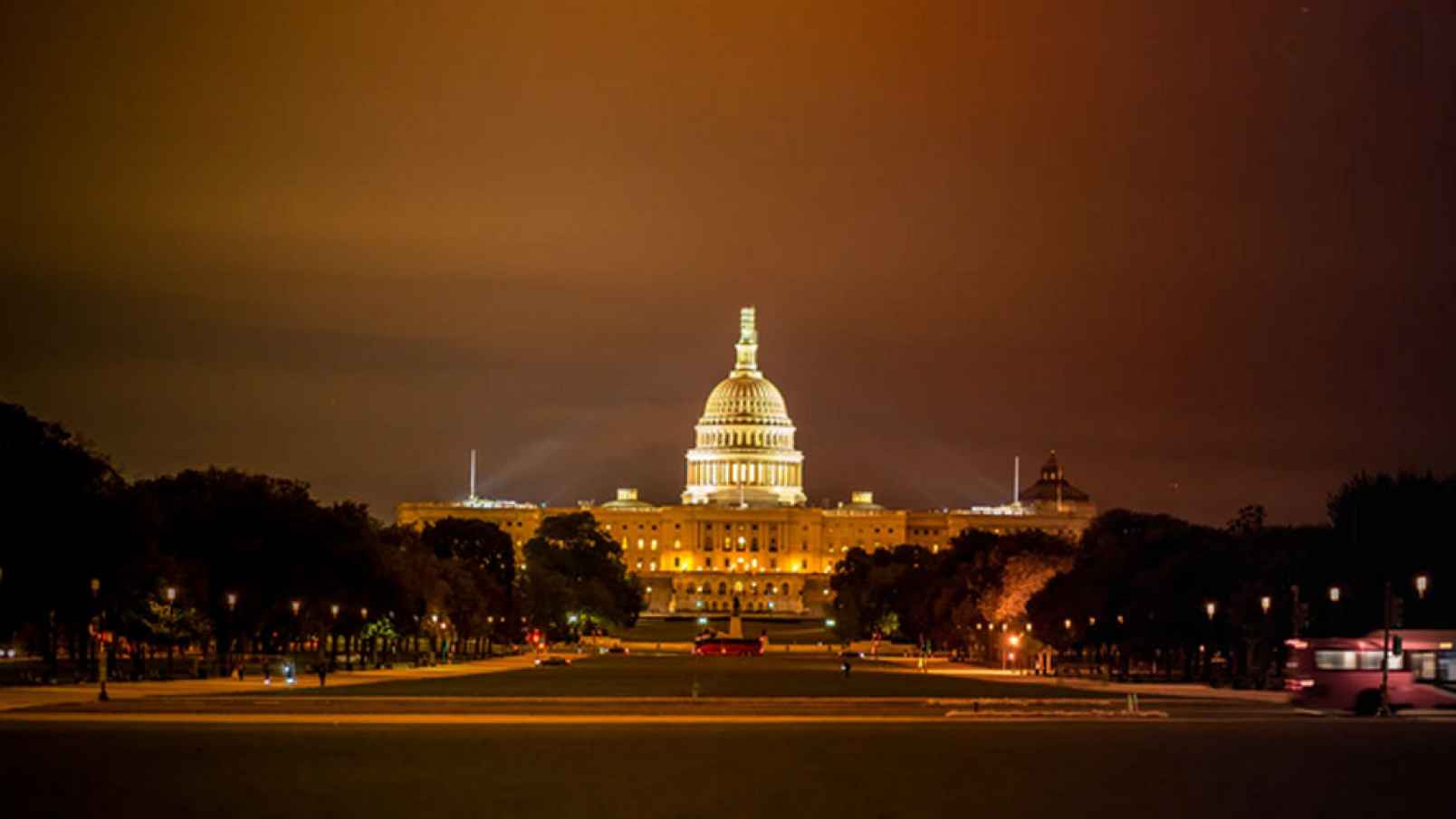 Worse, even, than Donald Trump, with all his insight, imagined.

He went into office determined to clean up the swamp. He was tireless. But not tireless enough. No mere mortal could have been tireless enough. Trump had denounced the swamp in apocalyptic terms, but it proved to be even deeper and more extensive than he knew. It reached into the upper echelons of the intelligence community and the military, into cabinet departments and the judiciary.

Not only did the Democrats try to derail his campaign and then his presidency. Even people whom he appointed to White House jobs proved unreliable. Far from being too suspicious, he’d been too trusting. He’d appointed two-faced D.C. insiders. He’d trusted people who turned out to be snakes in the grass.

The news media, with very few exceptions, made it their task to thwart his progress and poison his name with a constant flow of disinformation. They said Trump had told people to drink bleach. They said he’d called neo-Nazis “good people.” They said many other outrageous things that they knew were outright lies. They relentlessly repeated the charge that he did nothing but lie, lie, lie, when in fact it was they, the media, who were constantly feeding us lies.

Trump thought he could rely on Fox News to report on his presidency with at least a degree of fairness. But no. They hired Donna Brazile, for heaven’s sake.

When enemies of Trump, and of freedom, created violence and mayhem in cities around the country, they were whitewashed, protected, and even praised by the media, by Democratic politicians, and by police officials. In a debate with Trump, Biden said Antifa was an idea, not an organization. Congressman Jerrold Nadler called it a myth.

Meanwhile Twitter CEO Jack Dorsey gave BLM $3 million. While the leftist gangsters went unpunished, citizens who tried to protect their homes and businesses from destruction by them were arrested by the police and demonized in the media. If you tried to spread the truth about all this on social media, you were shut down by Silicon Valley bosses who said you were lying.

And then the 2020 election was stolen from Trump. Republican officials in the states affected by the steal sat on their hands. State legislatures, ditto. Even the justices he’d named to the Supreme Court refused to hear Texas v. Pennsylvania, absurdly maintaining that a state didn’t have standing to challenge the conduct of a presidential election in another state.

Trump’s supporters, ever civilized, waited patiently while every possible means of stopping the steal was dutifully exhausted. When it came down to the final vote certification in Congress, an army of MAGA folk gathered peacefully in Washington to show that they had Trump’s back.

In the 1970s, sit-ins in government buildings were a staple of protests by young leftists, many of them armed. Today’s left now celebrates many of the participants in those sit-ins as heroes. But nobody is cheering the people who walked into the Capitol.

One of those people, an Air Force veteran named Ashli Babbitt, was shot dead by a Capitol Hill policeman. She didn’t do anything to provoke the shooter. It was impossible not to think of George Floyd, the career criminal who, on May 25 of last year, died while resisting arrest after committing a crime. Floyd was black; the arresting officer was white. In the ensuing months, Floyd’s death was used to justify rioting, arson, and vandalism by Antifa and BLM agitators, none of whom ended up being killed by a cop.

But nobody’s making a martyr out of Ashli Babbitt.

I’m not saying anybody should. I’m just saying that after four years of reportage that routinely demonized Trump, sugarcoated his opponents, and cruelly mocked his supporters, and after an election that was blatantly stolen yet described in the media as eminently fair, those supporters could hardly be expected not to explode – especially since they’d seen, during the previous few months, one leftist explosion after another rewarded with praise.

On January 6, Biden, oozing faux solemnity, addressed the ongoing situation on Capitol Hill. After months of referring to Antifa and BLM thugs as “protesters,” he called the non-violent people who’d entered the Capitol a “mob” of “domestic terrorists” who, in an action bordering on “sedition,” had made an “unprecedented assault…on the citadel of liberty….This is not dissent, it’s disorder.”

He wasn’t alone. In one voice, people who’d spent months cheering leftist violence expressed horror at the breach of the Capitol building and blamed it on Trump. Once the Capitol was secured, the planned challenges to the vote steal were scuttled and the election of Biden and Harris duly certified.

Whereupon the left – and not just the left – moved with the swiftness of lightning.

Accusing Trump of having incited the Capitol breach, Pelosi and Schumer raised the possibility of using the 25th Amendment to deny him his last few days in office; this weekend Pelosi indicated that she would introduce a proposal today to impeach the president for a second time, and as of Saturday night articles of impeachment drafted by Rep. Ted Lieu, David Cicilline, and Jamie Raskin had 180 cosponsors.

Republicans who were never strong Trump supporters to begin with were quick to profess outrage at Trump’s purported provocation. Cabinet members Elaine Choi and Betsy DeVos quit. The Wall Street Journal called on Trump to resign. Senator Pat Toomey gave a thumbs-up to impeachment. Forbes warned companies not to hire anybody with a Trump connection.

Both Twitter and Facebook deplatformed Trump, and when he shifted from his personal Twitter account to the POTUS account, Twitter silenced that one, too. Other enemies of the left were also kicked off social media – among them Sidney Powell, Michael Flynn, and Steve Bannon. Facebook ejected the WalkAway movement, in the process deleting countless heartfelt posts by ordinary citizens explaining why they’d quit the Democratic Party. YouTube took down a video by Rudy Giuliani. Amazon, Google, and Apple removed Parler, a “free-speech” alternative to Twitter and Facebook, from their app stores. The CEO of Mozilla, developer of the Firefox browser, wrote an essay entitled “We Need More than Deplatforming.”

(Yet the social-media accounts of the Chinese Communist Party and Ayatollah Khamenei remained untouched.)

Pelosi tried to get the military to stop taking orders from the President. Rob Reiner, Bette Midler, John Cusack, and other celebs posted calls for Trump’s arrest, as did MSNBC’s Joe Scarborough. The director of ABC News spoke of “cleansing” the Trump movement after January 20, whatever that might mean. Alexandria Ocasio-Cortez called for Ted Cruz and Josh Hawley, who’d taken the lead in challenging the vote steal, to be expelled from the Senate. Simon & Schuster canceled Hawley’s contract for a book about cancel culture. Biden likened Cruz to Goebbels.

For his part, Trump announced that he’d cooperate fully with the transition to a Biden presidency but that he wouldn’t be attending the inauguration – the first outgoing president since Andrew Johnson to skip the ceremony symbolizing the orderly transfer of executive authority. But how could he possibly do otherwise?

As all this happened, I tried to figure out what it reminded me of. It took two days to come up with the answer. It was the 1960 movie Spartacus. After his army has crushed the slave rebellion, Crassus (Laurence Olivier) promptly initiates the ruthless transformation of the Roman Republic into an empire, telling the republican senator Gracchus (Charles Laughton):

As the slaves died, so will your rabble if they falter one instant in loyalty to the new order of affairs. The enemies of the state are known. Arrests are in progress; the prisons begin to fill. In every city and province lists of the disloyal have been compiled. Tomorrow they will learn the cost of their terrible folly, their treason.

When Gracchus, the leader and hero of Rome’s deplorables, asks where his own name stands on Crassus’s list, Crassus shoves it in his face and shouts: “First!”

Yes, the author of the novel Spartacus, Howard Fast, was a Communist. So was Dalton Trumbo, who wrote the script. In Trumbo’s mind, Crassus’s list may well have been, at least in part, a reference to the Hollywood Blacklist, which had caused a brief hiccup in his own otherwise spectacular career. But for millions who saw the film, the idea of listing, arresting, and imprisoning “enemies of the state” would surely have brought to mind, above all else, the terrible reign of Stalin, who had died seven years earlier. Today it also recalls the brutal tyranny of Mao.

There’s no intrinsic magic about America that protects it from becoming Mao’s China or Stalin’s Russia. Only utopians believe in the perfectibility of man. People are people. And some of the people who are now, or are about to be, in power in the United States would, if accorded enough power, do far more to those of us who falter in loyalty than merely take away our social-media accounts.

Indeed, as scary as the situation may be right now, one thing’s for certain: worse is on its way. The Democrats now control both houses of Congress and are about to be handed the executive branch. The totalitarian-minded elements in that party are on the ascent, backed up by Silicon Valley, the legacy media, and much of corporate America. And they’re about to party like it’s 1793. In Paris.

The sky’s the limit. And therein lies our hope, long-term though it may well be. Without doubt, these people will overreach. Their lists will grow so long, their cancelations so widespread, that, as happened with the Reign of Terror, everyone who isn’t clinically insane will finally realize that things have gone too far and will, in one way or another, put an end to the madness.

But how far will things have to go before that happens? How long will it take? And how many lives will be destroyed before it’s over? These, alas, are the all too sobering questions that have yet to be answered. In the meantime, those of us who care about liberty will simply have to do our best to keep enduring the daily tsunami of evil ideology, fake news, and contempt for decent people, and to continue hoping that the true and good will yet prevail.