Totalitarianism Is Upon Us 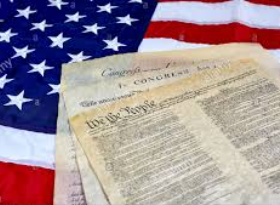 Totalitarianism Is Upon Us

With the hysteria over the Capitol Building dustup Wednesday hogging the news, I think it’s important not to allow the Georgia runoff elections to be buried and forgotten about, because how a majority of liberty-minded Americans view what happened in Georgia will determine the impact it will have on America’s future.

If conservatives and libertarians throw up their hands in despair and view the Georgia elections as the final death knell for liberty in this country, they might just end up being right.  But if they view them as a clarion call to return America to its founding conservative-libertarian roots, they might also be right.  What is needed right now is clear thinking and a great deal of action.

The paramount question we should be focused on is not the fact that Raphael Warnock and Jon Ossoff won the Georgia elections — or even the possibility that their wins might have been a result of the usual Democrat cheating — but how two Marxists were even in a position to run for the United States Senate in a traditionally conservative state.  It seems reasonable to conclude that somewhere between 30-40 percent of voters in this one-time red state apparently prefer socialism to free-market capitalism.

Clear thinking on this matter also forces one to face up to the reality that America is now closer to becoming a Marxist nation than at any time in its history.  And, if so, I believe it’s important for people to understand what Marxism is all about.

As a prelude, let me start by pointing out that socialism and communism are, for all practical purposes, one and the same.  Karl Marx made it clear that socialism was but a phase along the way to communism, which is why I use those two terms, along with terms like Marxism, progressivism, liberalism, leftism, and collectivism, interchangeably.

Second, communism as Marx described it has never existed on this planet.  Leftists like to romanticize about his heaven-on-earth version of communism, a fantasy wherein the state “withers away” because everyone has equally satisfying lives — food, housing, medical care, and more — thus no one covets his neighbor’s possessions.  In the real world, however, from Lenin to Stalin to Brezhnev, from Mao to Deng to Xi, the term communism (and all of its synonyms) has proven to be nothing more than a euphemism for totalitarian rule.

When communists take control of a country, what actually happens is that people end up with less of everything and are equally miserable.  But not all people.  Under communism, a new privileged class emerges that replaces the previous elites whose property was appropriated by the state.  In the Soviet Union, the privileged class under communism was known as the nomenklatura.  It consisted of tens of thousands of bureaucrats whom the oligarchy depended on to keep the proletariat in line.

Today’s American version of the nomenklatura is much greater in number and much more powerful than its counterpart in the former Soviet Union.  As a result, its members are highly motivated to push toward a totalitarian form of government to protect their elite status.  It’s a push that has been going on for decades, but what is different today is that many in the Democrat Party openly use the term socialism to mask their true goal, totalitarianism.

What is remarkable is that so many voters, who are not part of the corrupt nomenklatura, believe they would be better off under socialism than capitalism.  But why?  I can think of only three possible reasons why someone would favor a theoretical ideology that has resulted in the slaughter of tens of millions of people worldwide, as follows.

Millions of people who are emotionally immature believe that all pain and suffering are unacceptable and that it is therefore the government’s job to make life risk-free.  Such a naïve mindset is what has given rise to the wild overreaction to the coronavirus pandemic.  Leftists have succeeded in scaring people into putting their lives on hold and focusing instead on protecting themselves from COVID.  This, even though the extreme measures taken by politicians and bureaucrats fly in the face of the actual science.

Staying alive is, indeed, of paramount importance, but being the most important thing does not mean to the exclusion of everything else.  If there is nothing else to life but trying to stay alive, then life has no meaning.  The refusal to accept the reality that risks are an integral part of life is what leads people to naively believe that an all-powerful central government can keep them safe and well fed, and it is this naïve belief that leads to totalitarianism.

Naiveté is not an easy condition to cure, because it requires a willingness to accept facts, something that is anathema to people who are genuinely naïve.  (As the Big Guy famously said, “We choose truth over facts.”)

Speaking of resistance to facts, ignorance is especially prevalent among college students, because in the vast majority of cases the colleges they attend are not bastions of education but cauldrons of miseducation.  Simply put, most of our schools, from kindergarten through college, teach ignorance.

Until a few decades ago, the realities of communism, including the death and destruction it has fostered since the Bolshevik Revolution in 1917, was taught in virtually all schools.  Today, however, communism is glorified by Radical Left teachers and professors, which is why it should not surprise anyone that children who have not had the benefit of a sound home environment based on Western values are especially vulnerable to the propaganda of those who promote the lie that communism is nirvana.

If kids were encouraged to study the true history of communism, beginning with Karl Marx in the mid-to-late 19th century and Vladimir Lenin and Joseph Stalin in the 20th century, they would be far less likely to end up as confused, lost souls preaching the wonders of communism and would realize that it is nothing more than an excuse to implement a totalitarian regime.

Italian philosopher Antonio Gramsci, leader of Italy’s communist party in the early part of the 20th century and generally thought of as “the godfather of cultural Marxism,” was an early advocate of playing the “long game.”  He believed that the best way to implement communism was through gradual, stealth revolution over a long period of time, and felt this could be accomplished through communist infiltration of a country’s institutions, particularly schools and universities.  Over the past 50 years, Radical Leftists have adopted this strategy and succeeded in gaining control of America’s culture by planting Marxists throughout the education system.

Deprogramming and reeducating people whose brains have been saturated with lies, half-truths, and, above all, false premises is a herculean task that realistically can produce only limited results.  To be effective, other efforts have to be made, such as taking back our schools and universities, finding ways to minimize the damage done by the fake-news media, and putting an end to big tech’s censorship of libertarian and conservative thought, beginning with repeal of Section 230 of the Communications and Decency Act.

Unfortunately, a majority of Democrats today are hard-core malevolent, meaning they take satisfaction in the pain and suffering of others.  A study of the history of communism makes it clear that it’s an ideology fueled not by a desire to help the downtrodden, but by anger and hate.

It has often been said that liberalism is a mental disorder, because round-the-clock hatred and anger do not comprise a normal mindset.  So, even though it’s true that many people who have bought into the false promises of communism are simply naïve or ignorant, the primary drivers of communism are anger and hate.

Karl Marx was an angry, arrogant intellectual who harbored enormous scorn for the working class, notwithstanding his claim that revolution was necessary in order to free workers from oppression.  While insisting that their salvation could come about only through violent revolution, he made it clear to his fellow intellectuals that he believed the proletariat was too stupid and unmotivated to plan and carry out a world-changing revolution.

Vladimir Lenin, who led the world’s first communist revolution, was even angrier than Marx.  From an early age, he showed signs of being an extreme sociopath.  There are firsthand accounts of his amusing himself as a small child by ripping the arms out of dolls and torturing animals.  This anger propelled him to become a bloodthirsty dictator who, like Marx, had a low regard for farmers, workers, and peasants and excluded them from party meetings and policy-making decisions.

Thus, the reality wasn’t so much “workers of the world unite” as it was “workers of the world, shut up and do as you’re told.”  Which is exactly the message coming from the today’s Democrat Party.  Totalitarian Democrats look down on everyday Americans, particularly blue-collar workers, and resent any attempt on their part to express their opinions.

Which brings me back to the Georgia runoff elections.  Now that the commies have taken control of the Senate, what Republicans need to do is resort to every dirty Democrat trick in the book in order to stall the Dems totalitarian agenda until January 2023.  By that time, Democrats will have brought so much pain and misery to most Americans that Republicans should win both the House and Senate by landslide margins — unless, of course, they still have not figured out a way to stop Democrat cheating.

The road ahead is no less challenging than the one faced by the Founding Fathers in 1776 when they threw out the British.  As Benjamin Franklin famously said at the time of the signing of the Declaration of Independence, “We must all hang together, or, most assuredly, we shall all hang separately.”  This is where we are in 2021 America, and people should not delude themselves into believing that this is just a bump in the road and that America will somehow work things out.

As I have repeatedly said, if the objective is to take back America, the first order of business should be to primary Republicans who never tire of giving the middle finger to the voters who put them in office.  Not just vermin like Mitt Romney, Ben Sasse, and Mitch McConnell (all three of whom President Trump naively endorsed), but choirboys like John Thune, James Lankford, John Cornyn, and Marco Rubio as well.

If Republicans do not get serious about cleaning house, nothing else they do to fight the totalitarian left will matter, because you have no chance of winning if you allow the enemy to operate freely within your ranks.  The most sickening thing about the last four years was watching establishment Republicans like Lindsey Graham, Mitch McConnell, and Kevin McCarthy snipe at President Trump for saying and doing things that swamp Republicans deem to be “unpresidential.”

What happened in Georgia is a wakeup call for liberty-loving Americans nationwide.  The reality is that totalitarianism is upon us.  Now, the question is, how many of us are willing to show, through our actions, that we are prepared to hang together?