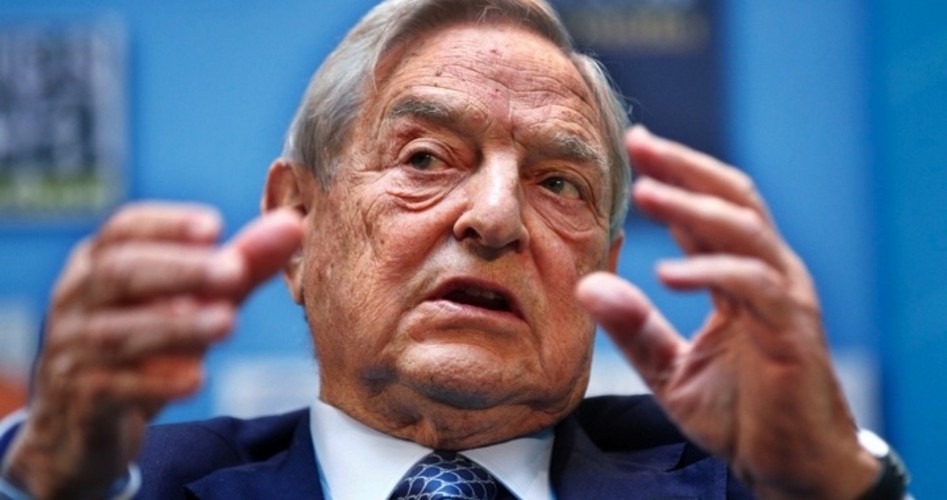 Recently, The New American has reported on the efforts by radio talk show host Mark Levin and others to push for a constitutional convention (a convention of the states, in the parlance of the proponents).

In his new book, Levin argues that such a convention is the last hope “to reform the federal government from its degenerate, bloated, imperial structure back to its (smaller) republican roots.”

Unfortunately, many otherwise well-educated and well-meaning conservatives have succumbed to Levin’s siren song and they have gone so far as to deny the constitutionality of nullification and to insist that an Article V convention is the only way to restore the balance of federalism in our Republic.

Fighting for the Constitution as given to us by our Founders is a noble goal and the anxiety of the conservative con-con collaborators is understandable. We at The New American and The John Birch Society welcome the help of all those courageous enough to enlist in the battle to defeat the forces of federal absolutism. We part company with those pushing for an Article V convention, however, and we believe that a constitutional convention is not the right way to stop the federal assault on our Constitution and the freedoms it protects.

The New American and many other liberty-minded organizations promote nullification as the “rightful remedy” for curing the constant federal overreaching. We believe that as the agent of the states, the federal government has exceeded its contractual authority and the states as principals have the right to refuse to ratify any such usurpation.

Since the publication of Levin’s admittedly popular book, the battle between those promoting nullification and those advocating for an Article V constitutional convention is a topic getting plenty of coverage in the alternative media.

There is another uncomfortable aspect of the Article V movement that is not being discussed, however, but needs to be, particularly in light of the good people who have associated themselves with it.

Within the ranks of those clamoring for an Article V convention are found numerous extremely radical, progressive, and socialist organizations that otherwise would have little in common with the conservatives fighting on the same side.

Wolf-Pac is one of the groups that this reporter suspects many Levin listeners would be surprised to know is their compatriot in a call for a con-con.

On its website, Wolf-Pac pushes for an Article V “convention of the states” as the best way to accomplish its “ultimate goal:“

To restore true democracy in the United States by pressuring our State Representatives to pass a much needed 28th Amendment to our Constitution which would end corporate personhood and publicly finance all elections in our country.

In order to persuade Americans to join its cause, Wolf-Pac will:

inform the public by running television commercials, radio ads, social media, internet ads, and using the media platform of the largest online news show in the world, The Young Turks.

The Young Turks? Most constitutionalists (and I imagine most fans of Mark Levin) don’t spend much time during the day watching the Young Turks, the YouTube-based news and entertainment channel that dubs itself the “world’s largest online news network.”

As unfamiliar as they may be with the Young Turks, it seems certain conservatives pushing for a con-con are even more unfamiliar with who pays the bills at this online purveyor of progressive ideology: George Soros (shown). Dan Gainor reports:

In fact, Soros funds nearly every major left-wing media source in the United States. Forty-five of those are financed through his support of the Media Consortium. That organization ‘is a network of the country’s leading, progressive, independent media outlets.’ The list is predictable — everything from Alternet to the Young Turks.

That’s right. George Soros — the financier of global fascism —  is pumping millions of dollars into the same Article V campaign that is being promoted by Mark Levin, Rush Limbaugh, Sean Hannity, Glenn Beck, and other popular conservative spokesmen.

What will those in Wolf-Pac do if they are able to get “their amendment” proposed and accepted by an Article V convention?

“Celebrate the fact that we had the courage and persistance [sic] to accomplish something truly amazing and historic together.”

Anything a group with this anti-constitutional agenda would do to our Constitution would certainly be historic — in the worst way.

This should be enough to convince all true conservatives, constitutionalists, and friends of liberty to run headlong away from the ranks of the Article V con-con army, regardless of how popular and persuasive their generals may be.

It will likely surprise these devoted, but deluded, Article V advocates that Wolf-Pac is just the tip of the iceberg. These good people would be wise to take a look at this heavily abbreviated roster of their radical fellow travelers in the con-con movement, each of which is a registered “founding member” of the “Move to Amend” coalition.

Center for Media and Democracy

Mind you, hundreds more groups “committed to social and economic justice, ending corporate rule, and building a vibrant democracy” are gathered under this umbrella.

This hardly seems to be a corps that most Levin listeners would be happy to stand shoulder to shoulder with in the fight for a “convention of the states.” In fairness, these allies likely don’t share their conservative cohorts’ love and loyalty to the Constitution.

It’s time these right-minded men and women know with whom they are associating.

Its doubtful that Mark Levin’s legion of listeners would be as eager to get behind his Article V con-con agenda if they knew whom they were fighting beside and how radically their new allies want to change our beloved Constitution.

And that’s the problem. Regardless of the soothing words of Levin or others in the con-con camp, they cannot guarantee the outcome of such a convention. In fact, in light of the lists of leftist groups provided above, the results of the convention could be an outright scrapping of the Constitution written by the Founders in favor of one more in line with the progressive ideologies of Wolf-Pac, the Sierra Club, Code Pink, and others.

Remember, according to the history of Article V-style conventions, regardless of any state or congressional legislation requiring them to consider only one amendment (a balanced budget amendment, for example), the delegates elected to the convention would possess unlimited, though not unprecedented, power to propose revisions to the existing Constitution, based on the inherent right of the People in convention to alter or revise their government.

The mind boggles at the potential proposals that could come out of a convention composed of such radical representatives.

Conservatives should shudder at the specter of a convention endowed with power of this magnitude, populated by activists who have a Soros credit card in their pocket and a commitment to “social justice” as their purpose. All the good intentions of the conservatives in the Article V camp would not be enough to force all these devastating changes to the Constitution back inside the progressive Pandora’s Box.

Readers are encouraged to click the links provided in this article and to investigate for themselves the agenda of the various Article V advocates and to determine if it’s worth the risk to our Constitution that would be posed by the presence of these groups in the “convention of the states.”

Finally, the startling information set out in this article is not meant as an attack on Mark Levin or anyone else working to call a “convention of the states.” Rather, it is intended to help the thousands of committed constitutionalists who find themselves believing in the Article V gospel he’s preaching to realize who’s sitting in the pews with them and whose money built the church.

Joe A. Wolverton, II, J.D. is a correspondent for The New American and travels frequently nationwide speaking on topics of nullification, the NDAA, the Second Amendment, and the surveillance state.  He is the co-founder of Liberty Rising, an educational endeavor aimed at promoting and preserving the Constitution. Follow him on Twitter @TNAJoeWolverton and he can be reached at jwolverton@thenewamerican.com

Article V: Con-Con or Nothing Is the Cry of This Cause Célèbre

Convention of States and Article V: Tearing Up the Talking Points

Convention of the States: Wrong on History, Nullification

In Defense of Con-Con, Meckler Chooses Ridicule Over Rebuttal