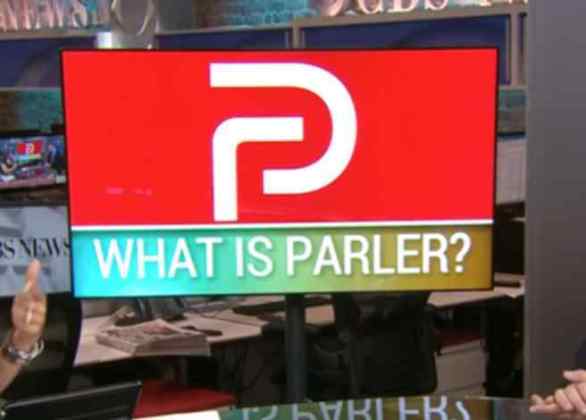 Amazon, founded by Jeff Bezos, said Parler’s lack of content moderation led to its removal from its web hosting service, calling it a “Very real risk to public safety,” according to The Wall Street Journal.

Amazon is the latest tech giant to take steps to limit the social networking app favored by conservatives and right-wing groups. They want Parler to use the same Draconian censorship they use. It’s very un-American.

Parler will be available to web hosting service users only until Sunday at 11:59 p.m. Pacific Time when the suspension goes into effect, according to the WSJ.

The Left is upset that there is talk of guns on the site and, allegedly, violence. Some people are tied to QAnon and they must be banned for some reason.

CEO John Matze told the Times’ Kara Swisher, “I haven’t seen a whole lot of illegal activity. Maybe there has been some, but it’s a minority of the cases.”

The tech company said they do not allow threats of violence or illegal activity but do support “diverse points of view.”

NO TO DRACONIAN CENSORSHIP

“Apple will be banning Parler until we give up free speech, institute broad and invasive policies like Twitter and Facebook and we become a surveillance platform by pursuing guilt of those who use Parler before innocence,” Matze said in his statement on Parler.

“They claim it is due to violence on the platform. The community disagrees as we hit number 1 on their store today. The same day ‘Hang Mike Pence’, a disgusting violent suggestion, was trending nationally on Twitter. Displaying the horrible double standard Apple and their big tech pack apply to the community.

“Apple, a software monopoly, provides no alternatives to installing apps on your phone other then their store. We do not own our phones, Apple simply rents them to us. Apple, Google and the rest of the anti-competitive pack of big tech tyrants coordinate their moves and work together to stifle competition in the marketplace,” he added.

The move by Apple and Google to target Parler comes as Twitter and other Silicon Valley companies ramp up their policing of statements and comments from President Donald Trump and other conservatives.

Parler said they might be down for as long as a week before they go up with a different hosting service. They were prepared and are ready to work around the problem.

“There is the possibility Parler will be unavailable on the internet for up to a week as we rebuild from scratch. We prepared for events like this by never relying on Amazon’s proprietary infrastructure and building bare metal products.”