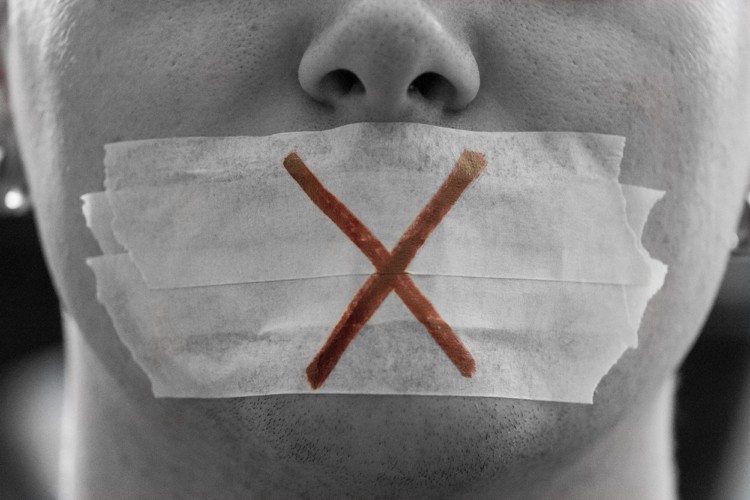 The evening of January 8 was a harrowing moment for Americans of all stripes who are invested in the preservation of our constitutional liberties.

Within a matter of hours, social media giant Twitter permanently suspended the account of the president of the United States, Donald J. Trump, along with the accounts of Michael Flynn and Sidney Powell, allies of the president who have worked to expose the nature of the voter fraud that allowed Joe Biden to win the 2020 election.

Other social platforms, such Twitch, also banned President Trump, while others began heavily censoring him, as in the case of the Chinese-owned TikTok, which declared it will remove videos by the president it believes will “incite” violence.

The indignation among Americans at the blatant partisanship that would drive these companies to censor the leader of the free world prompted many to flock to Parler, a free-speech social media app founded by conservatives such as radio show host Dan Bongino. The high traffic to Parler caused the platform to experience glitches on Friday night.

But The Powers That Be in the world of Tech were already set to pounce on hopes of a viable alternative channel of communication.

Google on Friday suddenly removed Parler from its Google Play store, the primary mechanism by which Android phone users can download new apps onto their devices. The company stated that its ban would remain in effect until and unless Parler implements “robust moderation for egregious content.”

Not one to get left behind, Apple gave Parler a 24-hour ultimatum: Create a full moderation plan within a day or get expelled from the App Store.

“We have received numerous complaints regarding objectionable content in your Parler service, accusations that the Parler app was used to plan, coordinate, and facilitate the illegal activities in Washington D.C. on January 6, 2021 that led (among other things) to loss of life, numerous injuries, and the destruction of property,” Apple wrote to Parler. “The app also appears to continue to be used to plan and facilitate yet further illegal and dangerous activities.”

Of course, how often have Facebook, Twitter, and other mainstream apps not been used to coordinate crimes? ISIS is still using Facebook, yet Apple isn’t threatening to ban it.

By “moderation,” we know what the likes of Apple and Google really mean: Censorship of right-of-center political speech. Any discussion of voter fraud, any “conspiracy theories,” and any critique of left-wing sacred cows such as the Black Lives Matter organization are, for Big Tech, “incitement of violence” that must be stamped out.

The parallels between the Friday night purge and the fallout of the Reichstag fire in 1930s Germany are important to note.

On February 27, 1933 the Reichstag, the building where the German legislature met, was set ablaze by “someone,” and the government acted.

Although it has never been definitively settled whether the fire was set by a communist saboteur or by a Nazi agent provocateur, it is beyond debate that the Nazis capitalized on the event with a vengeance. Insisting that the Reichstag fire prefigured a communist onslaught against the German state, Hitler persuaded President Hindenburg to sign an emergency decree “for the Protection of the People and the State,” suspending constitutional liberties and allowing the state to exercise extraordinary powers in the name of “public safety.”

The Enabling Act of March 23, 1933 came on the heels of the Fire Decree, ostensibly also put in place to safeguard the people. This bill gave the chancellor’s cabinet supposedly temporary legislative power — essentially making it an oligarchy with the powers of the Reichstag. Because the bill was essentially a constitutional amendment, it needed a two-thirds majority vote, as well as a two-thirds quorum in attendance to pass. With plenty of political maneuvering, plus a little intimidation from Nazi Brownshirts who were present at the vote, the Enabling Act passed with the necessary two-thirds vote, with the only opposition being from the SDP (Social Democrats). The Communist Party (KPD) was not allowed in the Reichstag, and they didn’t vote.

The shenanigans did not end there. The Enabling Act was supposed to be temporary, scheduled to expire on April 1, 1937, but was extended in 1937 and extended again in 1941. The evidence is clear that the Nazis never intended for this “temporary” act to expire.

The catalyst for the recent social media purge was an “attack” on America’s legislature, just as the burning of the German legislature provoked draconian political targeting against dissident parties there. As the opposition was locked out of the legislature and thus barred from voting following the Reichstag fire, how long before the now-Democrat-controlled Congress likewise bars Republicans from voting?

In Germany in 1933, it is likely that the national emergency was the work of the National Socialists themselves so they could have a pretext on which to go after their political rivals.

With Wednesday’s storming of the Capitol, there is also the possibility that it was a false flag designed precisely to justify the censorship we’re now witnessing.

For example, there is footage (see below) from Wednesday that shows Capitol Police opening the gates to allow the crowd onto the premises, motioning them towards the building where members of Congress were counting Electoral Votes and some of them were objecting to them over concerns about fraud.

It is also confirmed that there were Antifa present at the breach of the Capitol.

In light of the Establishment’s rapid assault on Americans’ speech, it is vital that citizens and elected officials take a stand to ensure our rights are preserved.

Certainly, it is vital that the government respect the rights of private businesses. Many concerned citizens have called for more direct intervention against Facebook, Twitter, and the like for their censorship, but the rise of alternatives such as Parler shows that that the free market is the solution — that and repealing Section 230, which would encourage Big Tech to cool it with the politicking or risk losing their status as neutral “platforms.”

However, the actions by Google and Apple are a different story. It’s reasonable to tell conservatives to make their own social media apps to preserve free speech. But if they can’t even get these apps on devices due to the politically-motivated decisions of the Tech Overlords, it’s not realistic to expect conservative Americans to be able to create their own alternative telecom infrastructure, which would be a billion-dollar enterprise.

We already know that the country’s major financial firms are Establishment-controlled; how long before they refuse to do service with conservatives? Will the Right have to create its own banking infrastructure — its own grocery stores, food distribution systems, and water and electricity providers — when the firms administering these services decide they won’t serve “far-right conspiracy theorists”?

Patriots must understand an important truth: The global elites who want to destroy our freedoms have no ideology in any true sense of the word. Their only “ideology” is the pursuit of total and absolute power, by whatever means, and under whatever name or guise they can get it, whether it’s rule by big government (communism) or rule by big business working in partnership with big government (corporatism).

This is why “free marketers” like the Koch Brothers work with socialists like George Soros. Whether they control society by means of the government or by colluding to control all relevant industries in what is a free-market-in-name-only, the end result is the same.

Furthermore, these powerful firms should not be conflated with small mom-and-pop shop businesses for another reason: In most instances, they are not private businesses. Google, Facebook, Twitter, Apple, Amazon — these are public corporations; publicly listed and publicly traded. As such, they should be held under greater public scrutiny than private companies.

Considering Congress is unlikely to do anything to stop Big Tech’s assault on free speech, states must take up the mantle. Red states — their legislatures, governors, and attorneys general — should lead the charge in holding the likes of Apple and Google accountable.