Was Yesterday’s Brawl at the U.S. Capitol a False Flag Operation?

Was Yesterday’s Brawl at the U.S. Capitol a False Flag Operation?

It was tempting to view the violence at the U.S. Capitol as a to-be-expected reaction to a stolen election and months of government-imposed shutdowns that destroyed the lives and livelihoods of millions of American families. Why wouldn’t President Trump’s supporters – especially the middle income self-employed who have borne the brunt of the economic disaster of COVID shutdowns be ready to riot?

And that’s exactly the narrative that the establishment media promoted relentlessly as soon as “protestors” started to clash with police around the perimeter of the Capitol building – they wanted you to believe that violent Trump supporters were rampaging through the sacred halls of democracy.

So, it should surprise no one that the news had hardly hit the airwaves when Joe Biden sallied forth from his Delaware basement to say, “What we’re seeing is a small number of extremists dedicated to lawlessness. This is not dissent, it’s disorder, it’s chaos. It borders on sedition. And it must end, now.”

Biden went on to darkly assert that what happened at the Capitol is “not protest, it’s insurrection,” thereby setting the stage for the already anticipated crackdown on the MAGA movement.

But there is a lot of evidence that the assault on the Capitol was a false flag operation designed to discredit the MAGA Movement and perhaps justify a violent crackdown on anti-Biden dissent.

What is more the rampage in the Capitol also disrupted the important work of challenging, investigating and exposing the election fraud that tainted the Electors from as many as seven states.

So, what’s the evidence yesterday’s breach of the Capitol was an ANTIFA-inspired false flag operation?

Well, one important bit of evidence is that the violent anarchist group announced its intention to do just that – indeed the police picked up on those intentions and warned about violent infiltrators disrupting the march in the days before the January 6 MAGA events.

Here is just a brief compendium of photos demonstrating that yesterday’s assault on the Capitol may have been incited by, if not actually led by, violent ANTIFA operatives.

Here is a good Twitter thread to start your journey to the truth about the infiltration of the January 6 Trump event and subsequent action at the U.S. Capitol. 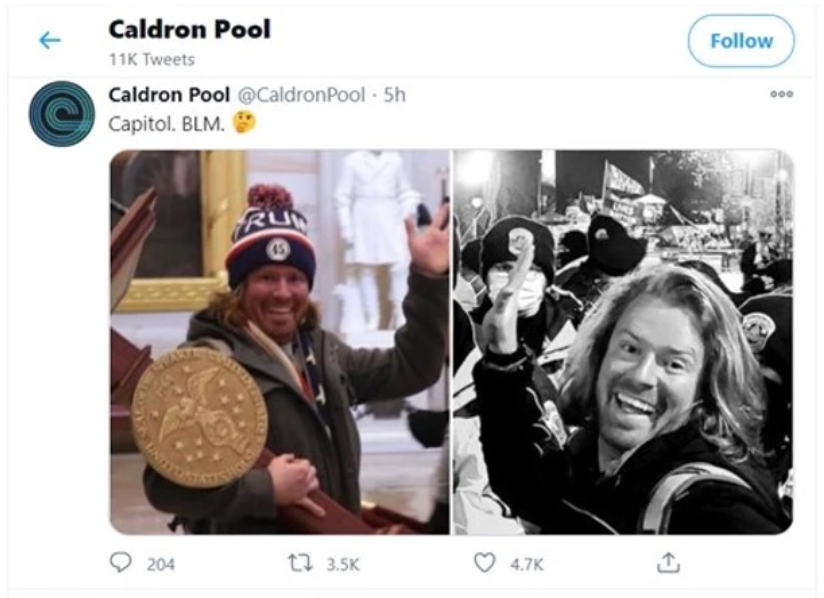 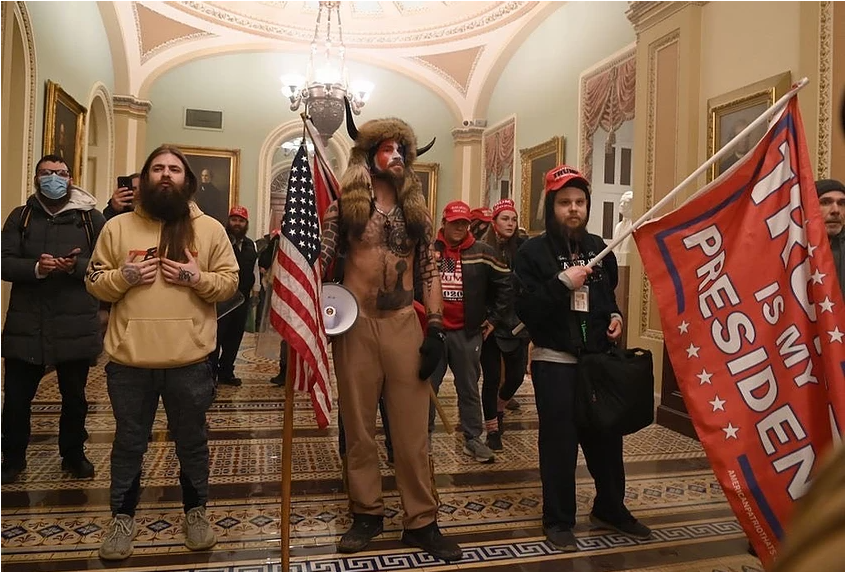 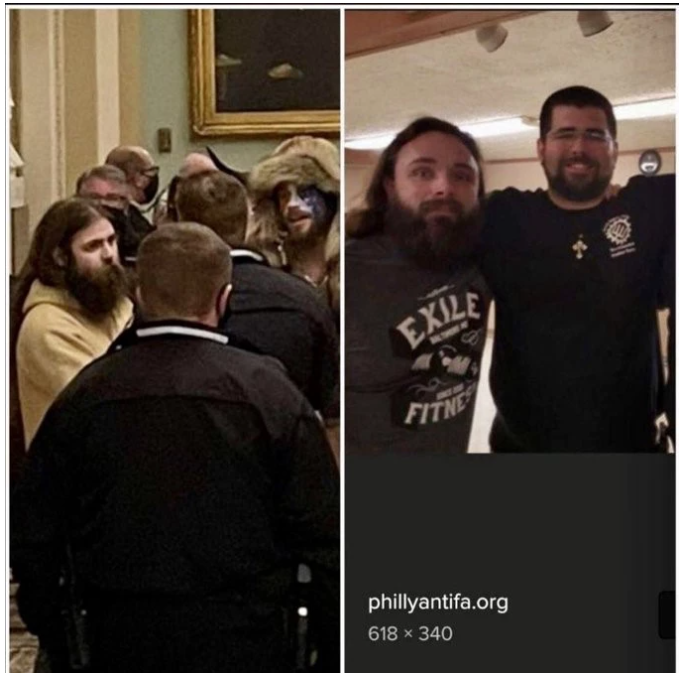 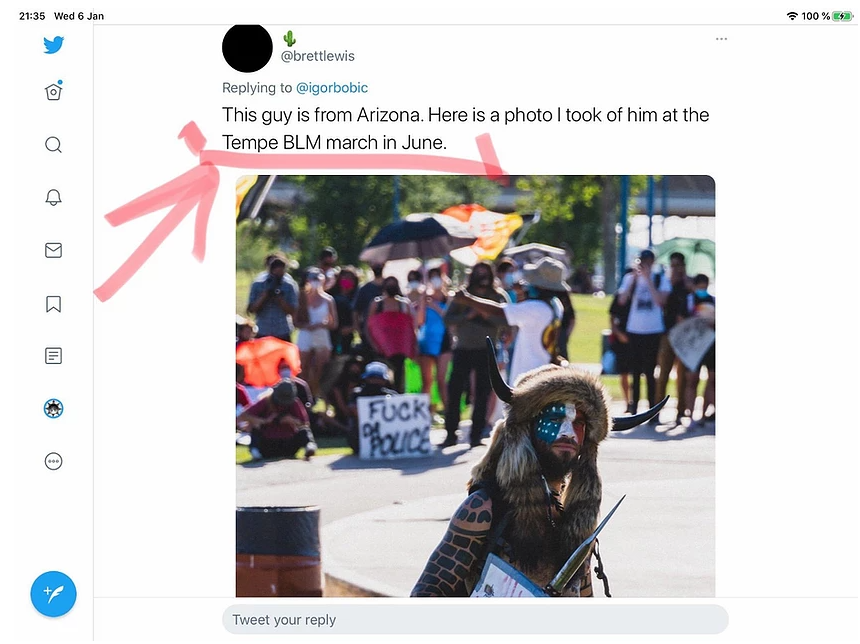 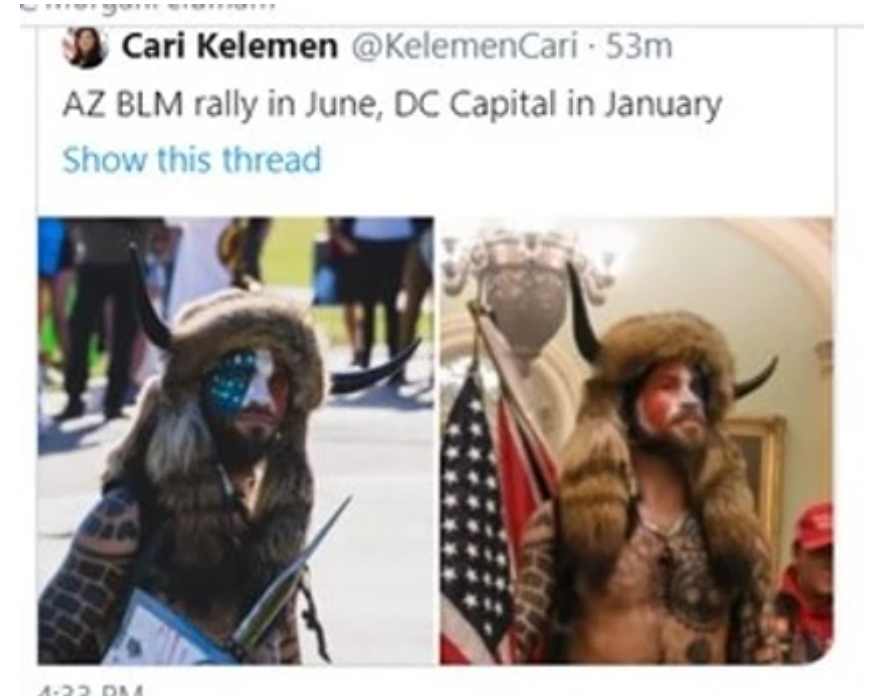 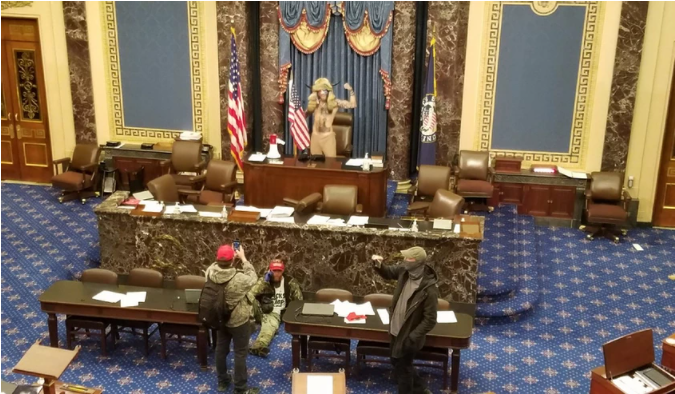