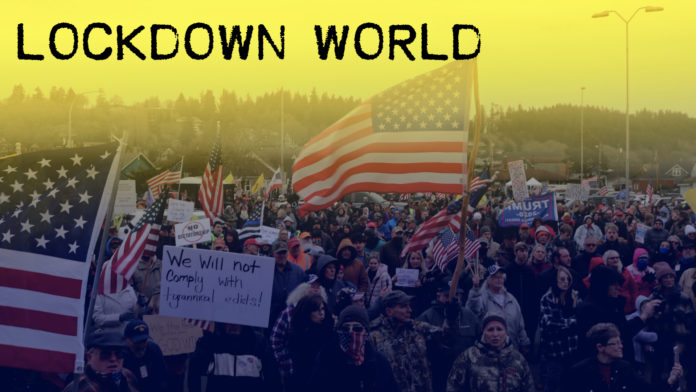 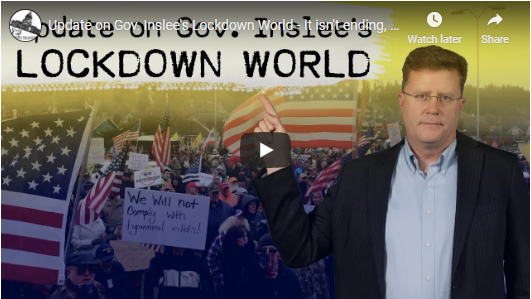 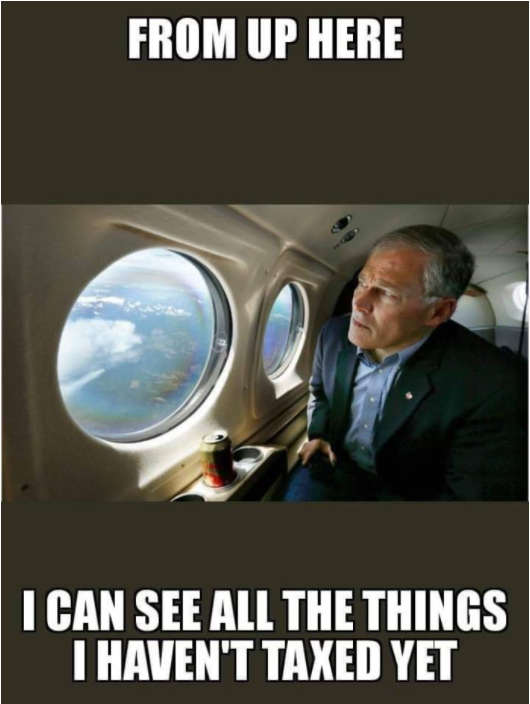 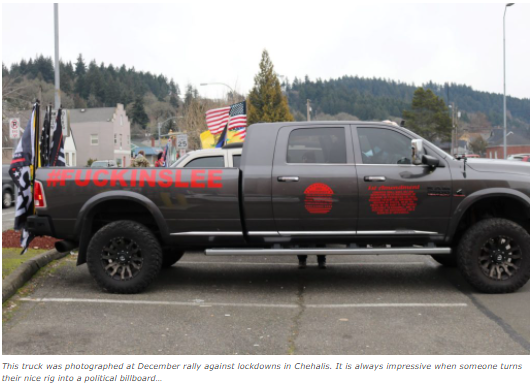 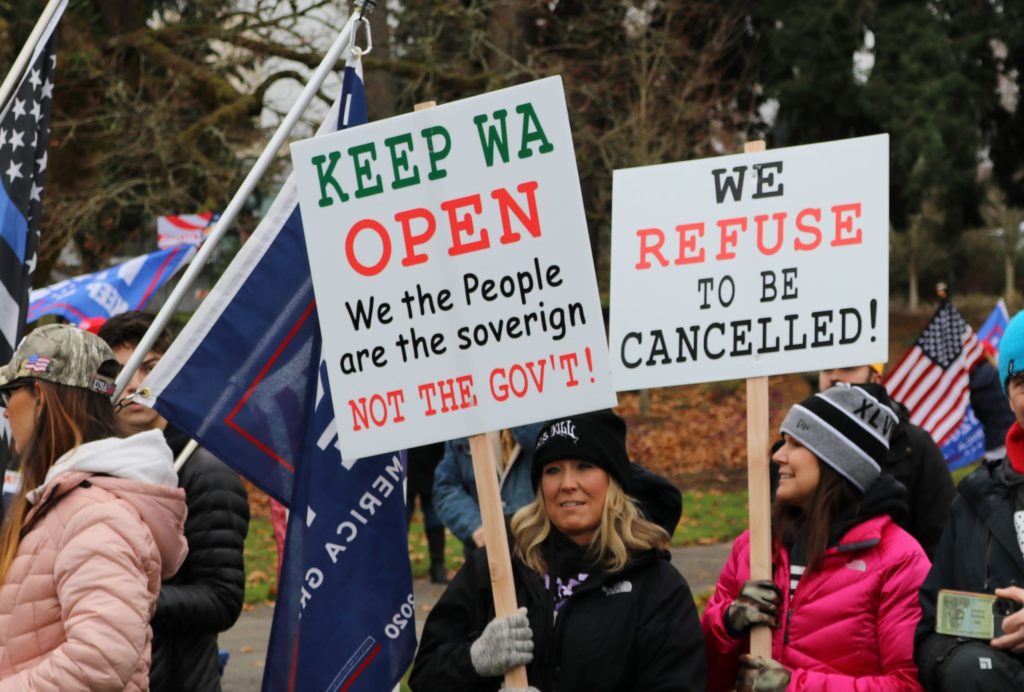 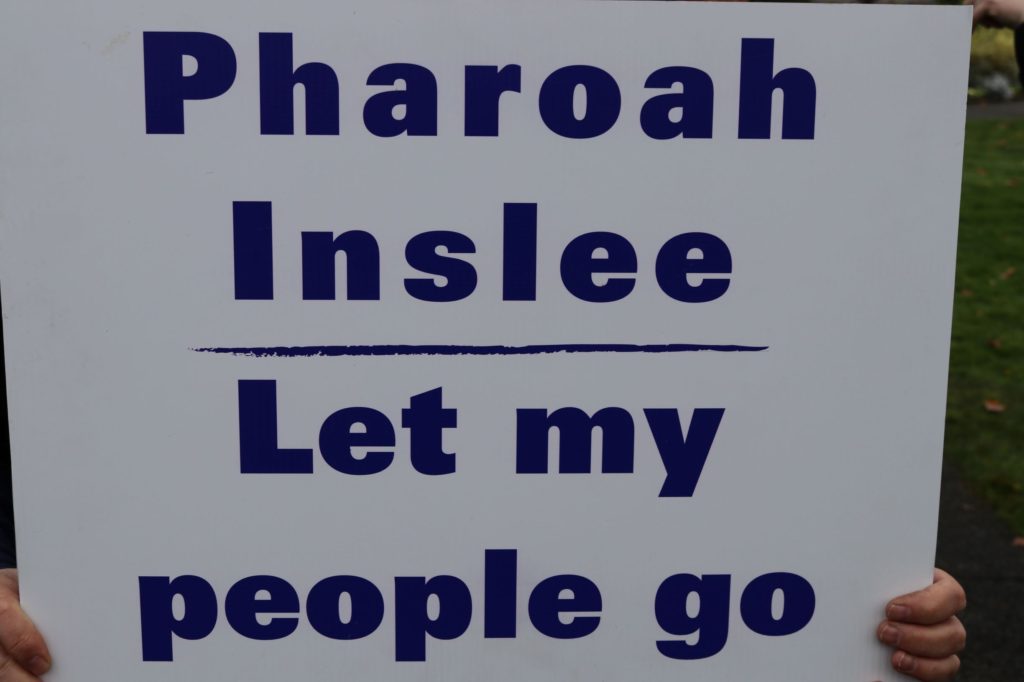 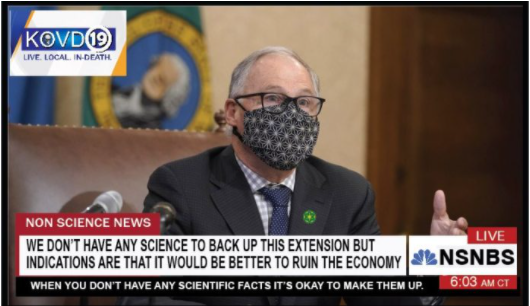 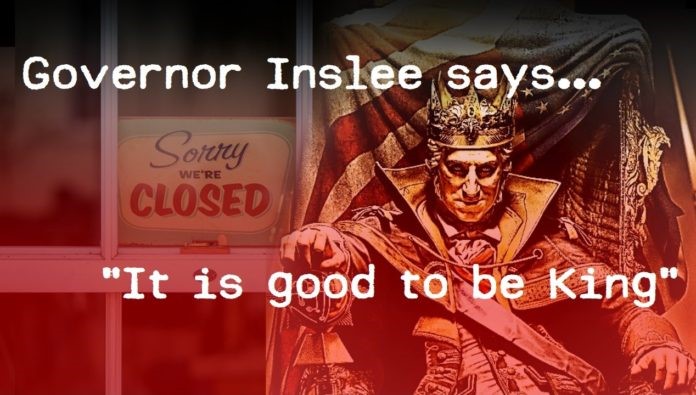 Washington State Governor Inslee’s endless lockdown world continues with no end in sight. The randomly changing, repeat “rebranding” efforts, and harmful destruction of small businesses while rewarding crony supporters and mega corporations continues under Governor Inslee’s regime. The “deadlines” or “extensions” have become meaningless, openly mocked dates that are simply points where extensions will be announced. The frustration and rebellion grows in Washington State and elsewhere. The upcoming Zoom Legislative Session is certain to disenfranchise the public from access to their elected officials and to actively deny them the right to testify on the myriad of proposed bills in Olympia. The inevitable “technical glitches” which will be happening and the lack of transparency (how many lobbyists are behind the camera holding up their talking points for the legislator to parrot?) is obvious to everyone. These are strange times.

***please note, it appears that Facebook has censored this video and will not allow it to be shared or posted on Facebook. Total censorship by Big Tech is continuing to expand. This specific restriction might be lifted, but it hasn’t been lifted yet***

This truck was photographed at December rally against lockdowns in Chehalis. It is always impressive when someone turns their nice rig into a political billboard…