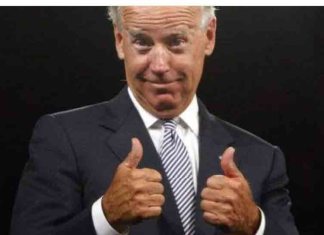 Migrants chanting “Biden! Biden!” attempted to rush the border this past week.

On the night of December 29, up to 400 mostly Cuban migrants forced their way past Mexican immigration and over payment turnstiles on the Paso del Norte Bridge from Ciudad Juarez. They wanted to force their way into downtown El Paso, Texas, according to news reporting. (Some video of the attempted incursion is here and here.)

U.S. Customs and Border Protection Mobile Field Force officers met them in riot gear and used concrete blocks topped by concertina wire to block the onslaught mid-bridge as many of the migrants chanted, “Biden! Biden!”

Many demanded they be let in to live in the United States while they pursue asylum claims, instead of waiting in Mexico as required under President Donald Trump’s various policies.

But with Trump still presiding, the blocked migrants with Biden on their minds were forced to listen to a recorded message broadcast over loudspeakers in Spanish and English, warning that any further trouble would be met by force, arrests, and prosecution. That went on until the crowd dispersed at about dawn on December 30.

Biden has promised to open the borders within six months. He will cancel the Remain in Mexico policy, and he is very supportive of letting illegal aliens into the country if they claim to be asylum seekers. In fact, he will cancel all Trump policies that have kept the border under some control.

He is also going to give them free healthcare, education, and social security.

How long do you think our benefits will last with the invasion Biden is planning?