TREVOR LOUDON: WE ARE EXPERIENCING A ‘FULL ON’ COMMUNIST REVOLUTION (A MUST SEE)

TREVOR LOUDON: WE ARE EXPERIENCING A ‘FULL ON’ COMMUNIST REVOLUTION (A MUST SEE)

For the premier episode of his show Counterpunch, filmmaker and author Trevor Loudon explains that America is in the midst of a revolution. “When I say ‘Revolution,’ I mean a full-on, socialist, Marxist revolution,” he said.

Loudon’s shocking comments will come at little surprise to savvy readers, many of whom have family who suffered under communism before fleeing to America. Referring to the 2020 presidential election, Loudon states that the events taking place are “not an accident.”

The revolution is being driven by the Chinese Communist Party (CCP), who made it “very, very clear” that they did not want President Trump to be re-elected, Loudon said during the 27 minute broadcast. He explains that the CCP “deliberately spread” the coronavirus and used the very heavily compromised World Health Organization to encourage massive lock-downs.

Loudon explains that there have been three specific initiatives imposed by the CCP to destroy America and ensure a Biden victory: 1.) Destruction of the Economy, 2.) Black Lives Matter Riots, and 3.) Targeted Voter Registration.

Using the lock-downs to damage President Trump’s biggest strength – the booming economy and historically low unemployment – the CCP used their allies in America to pressure arbitrary and unscientific mandates. Loudon says several communist groups, such as the Freedom Road Socialist Organization, uses their influence with unions, including teacher’s unions, to “work against businesses” and keep children from going to school. 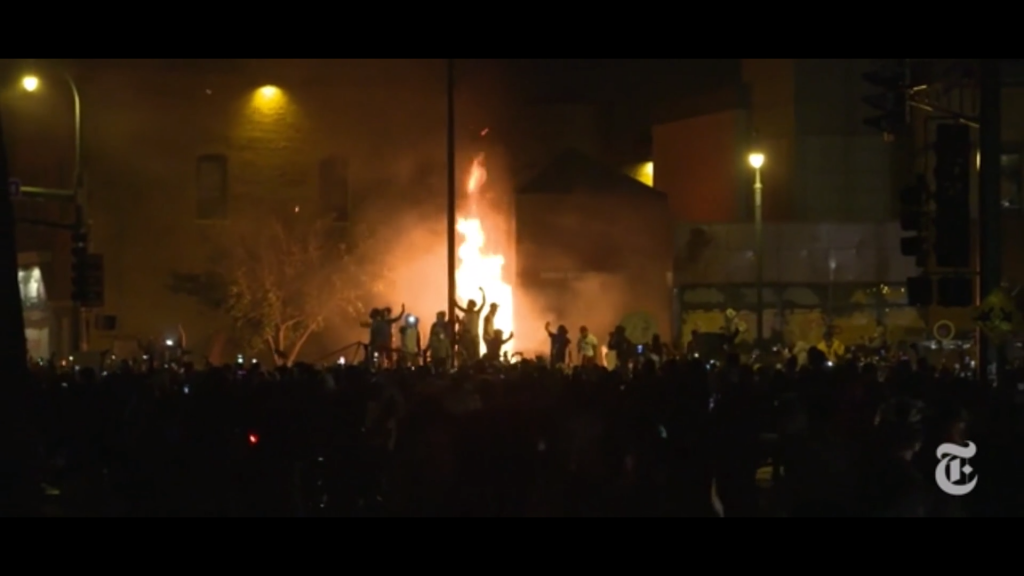 Screenshot of Rioters at Third Precinct in Minneapolis

The Democrats are also toeing the party line, and some, Loudon says, may even be “paid Chinese agents,” citing comments made by Bryan Dean Wright, a former CIA officer and a Democrat. Further, Loudon notes that former President Barack Obama degraded the U.S. military, which has also empowered China. While President Trump has worked to undo the damage from the previous administration, the leftist members of Congress have formed a coalition to undermine the military should Joe Biden take office.

In addition to destroying the economy through the coronavirus and degrading the military, China also had a hand in the riots that swept the nation earlier this year, as reported previously at RAIR Foundation USA. Black Lives Matter is specifically tied to the Chinese Communist Party.

Additionally, Trevor Loudon names organizations obsessed with targeted voter registration by use of maps provided by Beijing, as he discussed previously at the Epoch Times. 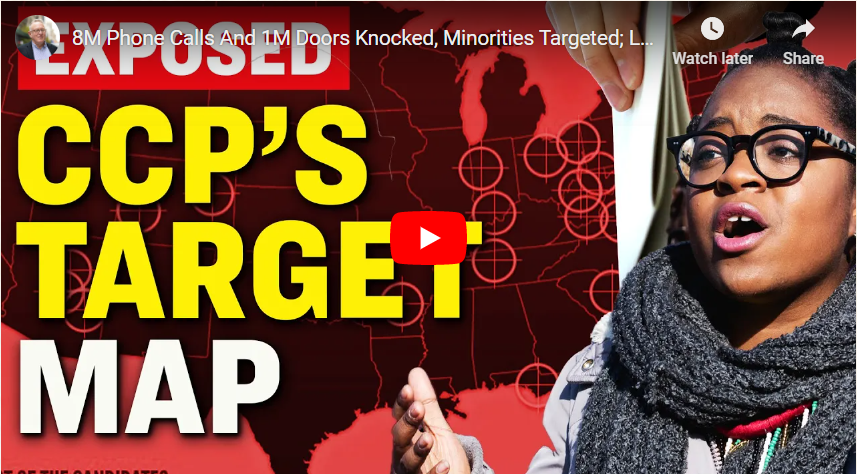