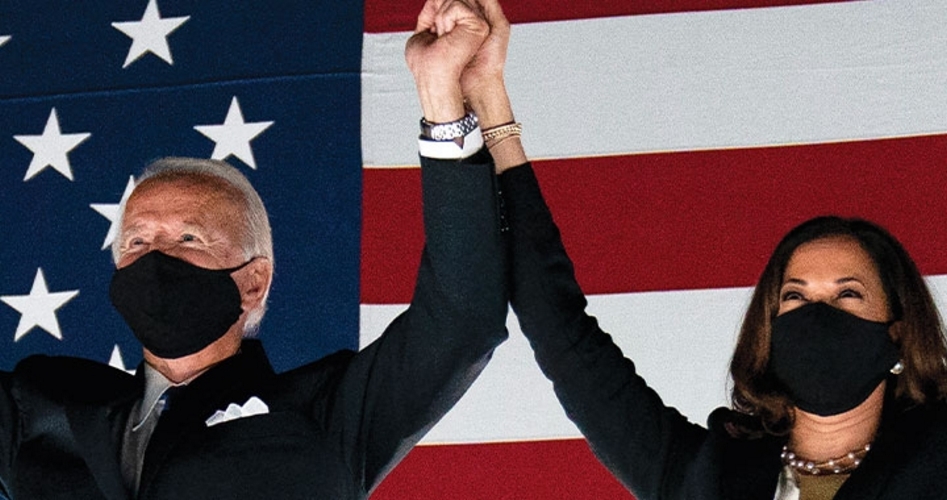 Editors Note: This important article ran in September and October and begs re-running  again due to the threat posed by fraudulent election results not being prosecuted by our Justice Dept. and courts not operating rightfully under our Constitution.

Though Kamala Harris was born in the United States, because neither of her parents were American citizens, she is not qualified to be president under the Constitution.

With Joe Biden’s apparent substantial setbacks in his cognitive capacity and his advanced age, Kamala Harris is in a more-likely-than-usual position to assume the office of president. Yet Kamala Harris is constitutionally ineligible to be president of the United States because she is not a natural born citizen, as required by Article II (and, by reference, the 12th Amendment) of the U.S. Constitution.

The Founders’ standard is important to follow because preventing constitutionally unqualified candidates from usurping power is of critical concern to every American and every man and woman whose life and liberty could be taken by the person with his — or her — finger on the button.

Natural born subjects were those who owed allegiance to the king at birth under the “law of nature.” The court concluded that under natural law, certain people owed duties to the king, and were entitled to his protection, even in the absence of a law passed by Parliament.

At the time of the drafting of the Constitution, a person born subject to the British Crown could hold “double allegiance,” a concept similar to “dual citizenship” as understood today.

Our own Founding Fathers, nearly every one of whom was born in some outpost of the British Empire, feared the damage that could come from such divided loyalty. They instituted the “natural born citizen” qualification in order to avoid what Gouverneur Morris described during the Constitutional Convention as “the danger of admitting strangers into our public councils.”

As famed jurist of the early Republic St. George Tucker, a contemporary of Morris, explained:

That provision in the constitution which requires that the president shall be a native-born citizen (unless he were a citizen of the United States when the constitution was adopted) is a happy means of security against foreign influence, which, wherever it is capable of being exerted, is to be dreaded more than the plague. The admission of foreigners into our councils, consequently, cannot be too much guarded against; their total exclusion from a station to which foreign nations have been accustomed to attach ideas of sovereign power, sacredness of character, and hereditary right, is a measure of the most consummate policy and wisdom.

The very source of the “natural born citizen” standard is known to us today. The Swiss jurist Emer de Vattel defined that term in his seminal book The Law of Nations, published in 1758 and which, according to Benjamin Franklin, “had been continually in the hands of the members of our Congress.”

Natural-born citizens, are those born in the country, of parents who are citizens. As the society cannot exist and perpetuate itself otherwise than by the children of the citizens, those children naturally follow the condition of their fathers, and succeed to all their rights. The society is supposed to desire this, in consequence of what it owes to its own preservation; and it is presumed, as matter of course, that each citizen, on entering into society, reserves to his children the right of becoming members of it. The country of the fathers is therefore that of the children; and these become true citizens merely by their tacit consent. We shall soon see, whether, on their coming to the years of discretion, they may renounce their right, and what they owe to the society in which they were born. I say, that, in order to be of the country, it is necessary that a person be born of a father who is a citizen; for if he is born there of a foreigner, it will be only the place of his birth, and not his country. [Emphasis added.]

De Vattel’s definition of “natural born citizen” and the benefits derived from distinguishing between “natural born citizens” and “citizens” were well known to our Founding Fathers and, in fact, the very name of that high standard was copied verbatim by them into Article II of the U.S. Constitution wherein the qualifications for president of the United States are set out.

To see that such a qualification was universally agreed to by the delegates at the Constitutional Convention of 1787, one need only look to the record of that convention and note that the requirement that the president be a “natural born citizen” was mentioned only twice and was agreed to “nem. con.,” a contraction of a Latin legal phrase meaning “without opposition.”

As indicated in early records of the naturalization process, men applying for American citizenship were required to make two renunciations of all fealty to foreign powers before swearing allegiance to the Republic of the United States.

As a matter of fact, the possibility of any legal acceptance of divided allegiance was explicitly rejected in a report issued by the House of Representatives in 1874: “The United States have not recognized a ‘double allegiance.’ By our law a citizen is bound to be ‘true and faithful’ alone to our government.”

The practical effect of that proclamation is that in order to be a “natural born citizen” of the United States, one would have to be free from a competing claim for allegiance from another nation.

That such a schizophrenic situation was not only anticipated but accepted by His Majesty’s government during the time of the American founding can be inferred from the impressment of American sailors into the service of the Crown. During the War for Independence, British ships would block American ships from sailing, and then the seamen on the British vessels would board the American ships and force the Americans to serve the side of the Empire.

The insistence on the part of the British that anyone born within the realm was a British subject regardless of any voluntary severance thereof and one’s subsequent vow of allegiance to another was a significant factor in the hostilities known as the War of 1812.

Finally, in this regard, the British required no process of naturalization as such. Simply being born within the dominions of the monarchy of Great Britain was sufficient to endow one with the rights and privileges granted to any British subject. Nothing such a person did later in life (including becoming a citizen of another country) would ever alter his status as a subject.

Obviously, in the United States that concept is not the law now, nor was it the law at the time of the founding. Quite the opposite, in fact.

One of the scholars frequently cited in articles on the subject of the definition of “natural born citizen” is Temple University law professor Peter Spiro.

Spiro often cites the 14th Amendment to the Constitution as further evidence that, although born outside the United States to a foreign father, recent presidential candidates — including Ted Cruz and Marco Rubio — fit the 14th Amendment’s definition of a natural born citizen.

The relevant clause of the 14th Amendment reads: “All persons born or naturalized in the United States, and subject to the jurisdiction thereof, are citizens of the United States and the States wherein they reside.”

However, the principal architect of the citizenship clause of the 14th Amendment was Michigan Senator Jacob Merritt Howard, a Republican from Detroit.

Senator Howard crafted much of the language that was eventually ratified as part of the 14th Amendment.

During the debates that embroiled the Senate in the years following the Civil War, Senator Howard insisted that the qualifying phrase “subject to the jurisdiction thereof” be inserted into Section 1 of the 14th Amendment being considered by his colleagues. In the speech with which he proposed the alteration, Howard declared:

This amendment which I have offered is simply declaratory of what I regard as the law of the land already, that every person born within the limits of the United States, and subject to their jurisdiction, is by virtue of natural law and national law a citizen of the United States. This will not, of course, include persons born in the United States who are foreigners, aliens, [or] who belong to the families of ambassadors or foreign ministers accredited to the Government of the United States, but will include every other class of persons.

How could a person “born in the United States” be simultaneously a citizen and a “foreigner” or “alien” if the mere fact of nativity settled the question of citizenship?

Another legislator commenting at the time of the ratification of the 14th Amendment, Representative John Bingham, provided the following clarification of the meaning behind the “subject to the jurisdiction thereof” clause: “Every human being born within the United States of parents not owing allegiance to any foreign sovereignty is, in the language of your Constitution itself, a natural born citizen.” (Emphasis added.)

While similar questions have been raised regarding the Article II eligibility of Senator John McCain (R-Ariz.) who ran for president in 2000 and in 2008, and Mitt Romney, who ran in 2008 and 2012, the case of those two men is distinct from that of Kamala Harris.

Both McCain, who was born in the Panama Canal Zone to an American father serving overseas in the military, and Romney, whose father was born in Mexico to American parents, pass constitutional muster.

However, in the case of Senator Kamala Harris, the principles of constitutional law and interpretation set forth above call into question her eligibility for president.

There is no reasonable or legal doubt that at the time of her birth (regardless of the location), Harris’ father was not an American citizen — and thus, should she assume the office of the president, the president would be the child of a person with legal allegiance to a foreign sovereignty. She would not conform to the accepted legal, constitutional, and historical definition of “natural born citizen,” and thus Kamala Harris could not serve as vice president.