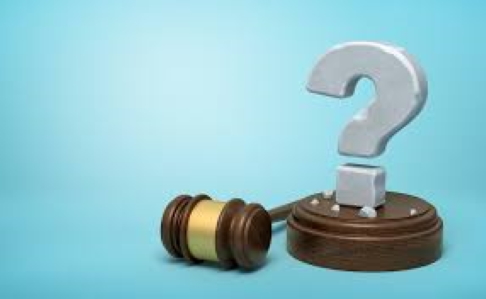 The story told is a familiar one:

After the Constitutional Convention, it was reported that a woman approached Benjamin Franklin, one of the drafters and signers of the Constitution, and asked him what kind of government the nation had.

“A Republic, madam” Franklin replied “if you can keep it.” 12

The United States Supreme Court has not kept it!

On December 11, 2020 the United States Supreme Court decided not to hear a case of national importance dealing with the election for president of the United States. The Court issued the following order:

The State of Texas’s motion for leave to file a bill of complaint is denied for lack of standing under Article III of the Constitution. Texas has not demonstrated a judicially cognizable interest in the manner in which another State conducts its elections. All other pending motions are dismissed as moot.

Statement of Justice Alito, with whom Justice Thomas joins: In my view, we do not have discretion to deny the filing of a bill of complaint in a case that falls within our original jurisdiction. See Arizona v. California, 589 U. S. ___ (Feb. 24, 2020) (Thomas, J., dissenting). I would therefore grant the motion to file the bill of complaint but would not grant other relief, and I express no view on any other issue.

What could the Court have possibly meant by stating there was a lack of “standing” by a state challenging other states for their failure to follow the mandate of the Constitution with regard to a national election for president? If there is no “standing” for such a challenge, how would any party be able to question actions in violation of that governing document?

The Constitution establishes the Supreme Court in Article III. The pertinent part of Article III to the issue at hand is Sec. 2 which provides: “The judicial Power shall extend … to Controversies between two or more States; ….” Therefore Texas had a recognized basis under the Constitution to file this case and could not be considered to lack “standing”.

The Court in its order determined the state of Texas had no “standing” to bring the case and therefore they did not even have to hear and consider it. That determination has no acceptable basis in this case. “Standing” is defined as “a right of people to challenge the conduct of another person in a court,” (Black’s Law Dictionary).  As shown above the right of a state to challenge another state is specifically established in the Constitution.

In particular, this specific language of the order is troubling: “Texas has not demonstrated a judicially cognizable interest in the manner in which another State conducts its elections”

How would the Court be able to make this statement when they had not even heard the case yet? Does the Court make decisions before the briefs have been filed with the arguments of the parties in which they set out the details of their explanations as to why the Court should rule for their side? Are decisions made before the parties even have the ability to orally argue their cases? If so, there is a serious need for a re­organization of the Court because it is not acting like a Court, especially when they are the “court of last resort.” Why would the people of the United States have confidence in a court that acts in this manner?

Furthermore, why would the Court, as the third branch of the federal government, supposedly established to be part of the checks and balances of the system established by the Constitution, decide to abdicate its responsibility? The question that must be asked as a result of the order in this case is what valid reason is there for the Court to continue to exist? Perhaps it is time for the Constitution to be amended to establish a different structure for the court system.

The case started with the State of Texas filing the lawsuit in the Court against the states of Georgia, Michigan, and Wisconsin with what is called a “Motion For Leave To File Bill Of Complaint.” Since this was a case of “original jurisdiction,” meaning the case could be filed directly in the Supreme Court as specified in the Constitution, why would the party filing need to ask for permission to file? I guess because the Court has required it even though it is not in the Constitution. Can the Court re-write the Constitution or does such an amendment have to occur under Article V? The answer is an obvious one.

It is important to understand what was being alleged in filing the case. Texas set out the following language as the basis for the granting of the motion to hear the case:

Pursuant to 28 U.S.C. § 1251(a) and this Court’s Rule 17, the State of Texas respectfully seeks leave to file the accompanying Bill of Complaint against the States of Georgia, Michigan, and Wisconsin and the Commonwealth of Pennsylvania (collectively, the “Defendant States”) challenging their administration of the 2020 presidential election.

As set forth in the accompanying brief and complaint, the 2020 election suffered from significant and unconstitutional irregularities in the Defendant States:

The United States Supreme Court failed in its duty to even consider the case that clearly was required to be heard under the Constitution, the governing law of our country.

Because the United States Supreme Court abdicated its constitutional responsibility to hear the Texas case, the results of the 2020 presidential election are invalid and should not be accepted by the American people.