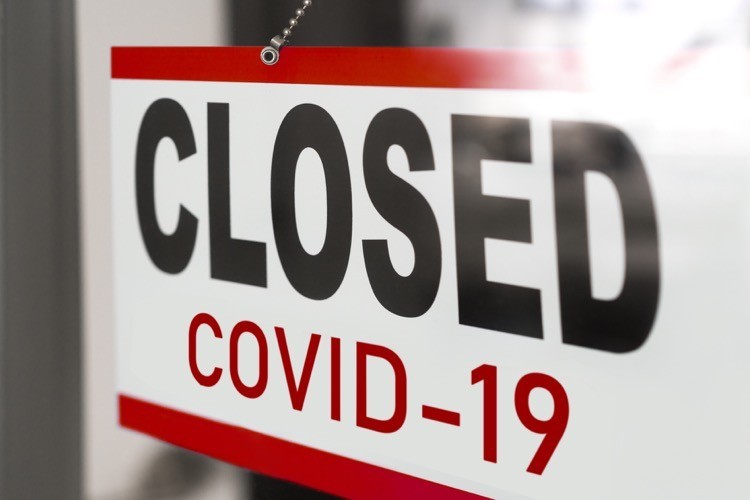 Not every elected official in Oregon is going along with the COVID program.

Stan Pulliam, the Republican mayor of Sandy, Oregon, is encouraging business owners in the state to ignore coronavirus restrictions from Governor Kate Brown, who declared a state of emergency that will last through March 3, 2021 after the previous executive order was scheduled to expire on January 2, 2021.

“I think all Oregonians should take pause, stand up and say ‘this must stop,’” Pulliam said on Fox News’ America’s Newsroom program.

“What we’re talking about doing is having the mass movement opening across the state of Oregon throughout all of our local communities on January 1st, New Year’s Day,” Pulliam said, going on to argue that small businesses should open just “one level under” Governor Brown’s guidelines, which includes wearing proper face masks while social distancing and sanitizing.

“We want to get the storefronts open and get employees back to work,” he said.

The mayor also demanded Brown present the “scientific evidence” of how small businesses are allegedly contributing to the coronavirus spread.

“We talk about spread coming from our local main street and locally owned businesses, but [pay] very little attention to the big-box stores that are packing and supporting corporate America,” Pulliam maintained. “It’s time we stand with [our local communities].”

Pulliam also said that he reached out to the governor to publish the coronavirus data nearly a week ago but has not yet heard back.

Governor Brown “has to make the case to these local small business owners as to why she shut them down but we can pack into corporate America,” the mayor asserted.

A salon owner also accused the Oregon governor of “retaliating” and “terrorizing” her family as she faces a $100,000 lawsuit for defying the state’s lockdown orders. Lindsey Graham, owner of Glamour Salon, argued Brown is acting like “a dictator.”

Both Pulliam and Graham said they have received death threats for their non-cooperation with the COVID-19 restrictions.

The news comes as many state and local governments toughen up their coronavirus policies once again due to supposedly rising cases and a suspected “second strain” that is reportedly more contagious than the one we have heretofore encountered.

The strain, first seen in the U.K., has now been found in Colorado and California.

Scientists in the United Kingdom said the variant strain, known as B.1.1.7, is more contagious than previously identified strains but not more severe. According to models, it has an increased transmission rate of 70% compared with other variants in the U.K.

“If you’re ill, instead of making only two or three other people sick, you might actually spread it to four or five people,” said Eric France, chief medical officer at the Colorado Department of Public Health and Environment. “If it’s more transmissible, that means we’ll have more cases in our communities … more hospitalizations, more ICU beds being filled, and the potential of overwhelming our health care system.”

Is anyone who has been following the “plandemic” surprised? The global elites, along with their partners in the Democrat Party and the media, see in the coronavirus outbreak the perfect pretext for the implementation of much of their political wishlist. From vaccines to the curbing of religious liberties to getting the public to accept First Amendment restrictions without question, the deal is too good for despots to give up without trying to milk it as long as possible.

Also, pandemic fears about the dangers of in-person voting are what justified the use of universal mail-in ballots that made it all too easy to pull off widespread voter fraud to try to deprive Donald Trump of a second term in office.

That’s why Joe Biden is telling us that, with regard to COVID-19, our “darkest days” are ahead of us, not behind us.

You can expect that one or two additional “strains” of COVID-19 will soon be discovered. And after that, another pandemic altogether will appear, to the point that people will be induced to living in a constant state of fear, making things such as “social distancing,” mask-wearing, and arbitrary shutdowns standard parts of life.

Remember, those pushing the coronavirus hysteria know exactly what they’re doing. Before all this began, they carried out a pandemic simulation known as Event 201 that strongly parallels what we are currently living through.