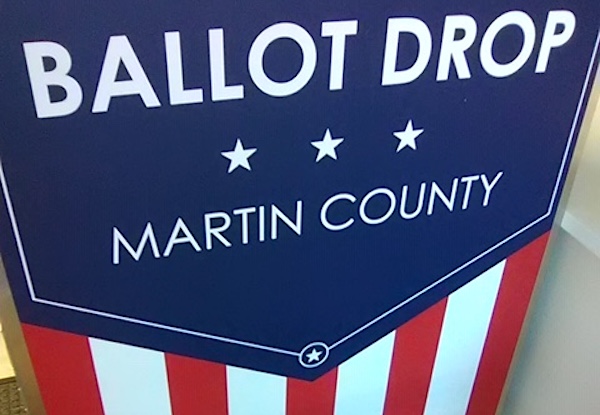 ‘Since most absentee ballots went to Biden, will Georgia move to the Trump column?’

For Georgia’s 2020 election, an “emergency rule” adopted to facilitate massive numbers of absentee ballots this year requires documentation for every transfer of those ballots from drop boxes to county elections offices.

But a report confirms that in a state with millions of votes, including an estimated 600,000 by mailed absentee ballots, those required certifications have been found for only about 140,000.

That means about 460,000 absentee ballots have no such documentation, as is required by law.

“Georgia has 460,000 absentee ballots still missing chain of custody documentation required by law,” explained a commentary at the Gateway Pundit. “Since most absentee ballots went to Biden, will Georgia move to the Trump column as a result?”

TRENDING: Another reason Trump won in a landslide

It is a report from the Tennessee Star that said there were about five million Georgia votes.

But no custody ballot transfer forms have been produced for hundreds of thousands, the report said.

“The 159 counties in the state have made little progress producing the documents. Furthermore, the Secretary of State has shown no interest in providing any assistance to require the counties fulfill the open record requests,” the recent report said.

The report explained: “In order to account for the secure whereabouts for absentee ballots left in drop boxes across the state, the Georgia Election Code Emergency Rule approved by State Election Board on July 1, 2020, required that every county is responsible for documenting the transfer of every batch of absentee ballots picked up at drop boxes and delivered to the county election offices with ballot transfer forms. The forms are required to be signed and dated, with time of pick up by the collection team upon pick up, and then signed, dated, with time of delivery by the registrar or designee upon receipt and accepted.”

The publication sent records requests to all 159 counties, but at the time of the report, only 26 counties produced the chain of custody records, and they accounted for only about 140,000 of the ballots in dispute.

Others sent varying responses, but a total of 102 counties failed to respond at all.

Typically, any ballot cast in a U.S. election that fails to comply with the legal requirements is not counted, but that changed in 2020, and that’s a large part of the foundation for many of the legal challenges to election results.

It’s because while the Constitution assigns to state lawmakers the power to set election law, during 2020 many times local judges, state officials, election managers or even governors simply said a requirement of some sort would be ignored, technically creating ballots that are in violation of legal requirements,.

Yet they were counted anyway. The legal challenges contend that those ballots that did not comply with state law should not be counted.

Since many of those ballots were absentee ballots, a category which generally favored Joe Biden, supporters of President Trump contend he actually won the election when all legal ballots, and no illegal ballots, are counted.