Democrats Destroyed All the Savings of Americans Three Times Over 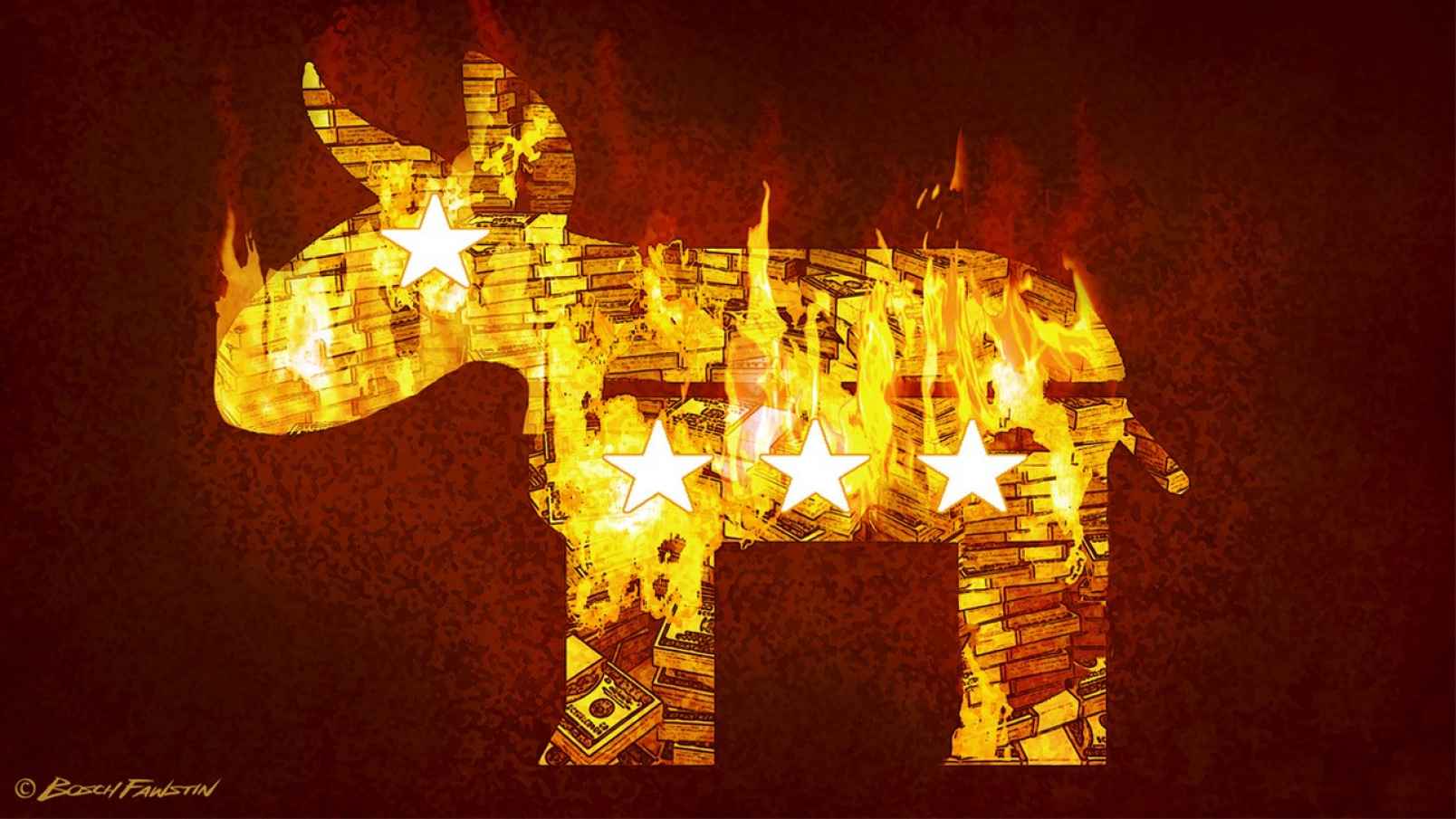 Democrats Destroyed All the Savings of Americans Three Times Over

And added a Broken Glass Belt to the Rust Belt.

Americans have $1.3 trillion in personal savings. A study published in The Economics of Disasters and Climate Change found that the coronavirus pandemic will result in between $3.2 trillion to $4.8 trillion in GDP losses. That approaches the economic output of Japan.

Much of those losses were caused by the lockdowns which could result in a 60.6% fall in GDP.

Governors, most of them Democrats, destroyed three times the household savings of the country, not just as an abstract number by piling on more debt and adding more infinite zeros to an impossible number, but by actively destroying small businesses on an unprecedented scale.

The results won’t go away when the virus does. Much of the country may never recover.

The sheer scope of the destruction may be couched in statistics, but it can be seen in empty storefronts, deserted streets, and food bank lines in cities across the country. It’s an act of economic warfare with no precedent in our history waged against a very particular group.

Small businesses were shuttered by the lockdowns and then hammered by the race riots.

Compared to those trillions, the estimated $2 billion in damage from the Black Lives Matter riots funded, endorsed, and enabled by the Democrats almost seems like nothing. Unless you’re one of the many small business owners who had their stores looted and their insurance rates rise. Or unless you’re one of the many people who need those businesses to be there on the corner.

That $2 billion is just the insurance claims. The full total of losses suffered by the stores, the toll of the brutal violence inflicted on random people and on police officers, and the dollars and cents cost to taxpayers dealing with the rioting and the aftermath is much higher.

2020 was the worst year for the American middle class in almost a century. Millions of small business owners fell off the charts. A SCORE survey found that only 34% of small business owners were turning a profit. Meanwhile Yelp claimed that 800 small businesses are closing every day. The scope of this disaster extends to their workers, their suppliers, and the buying habits of their customers. The retail sector has been gutted and the winner is Communist China.

When shoppers shifted to Amazon in greater numbers than ever, they were really buying from Chinese third party sellers who are using the Bezos platform to sell directly to Americans. The retail sector in this country was cut out of the loop leaving few jobs except those of Amazon warehouse workers and executives as Made in China didn’t just mean factories, but retail.

Big Tech’s real business model is a Trojan horse offering free services in exchange for user data that helps Chinese businesses target Americans. It’s why Facebook takes in $5 billion a year in ad money from China even though it’s not allowed to operate in the Communist dictatorship.

Democrats are happy to move sales away from the domestic retail sector, which is traditionally more conservative, and to Big Tech which has poured unprecedented amounts of capital into their operations while acting as a political gatekeeper for their agendas. Wiping out the middle class and turning business owners and workers into welfare cases wraps up the Dem deal.

Democrats claim that they hate big business. But what they really hate are the small businessmen who are the backbone of local politics. Each economic disaster is built to thin out the ranks of the local businessmen and replace them with subsidized political operatives who benefit from generous bank loans and affirmative action government contracts. And then the Democrats can hit up Chinese oligarchs for bribes in exchange for contracts on terms that will wipe out the rest of the economy and reduce America to a third world welfare state. Again.

The Democrat playbook under Bush and Trump was to cause massive economic disasters, run for office promising to take care of the little guy, and then wipe out small businesses nationwide. Now they’re doing to the retail sector what they already did to manufacturing in America. The Rust Belt wasn’t enough and they intend to add a Broken Glass Belt across the nation.

The Black Lives Matter riots of 2020 were the biggest national disaster in terms of cost in a century. But this disaster was not caused by earthquakes, hurricanes, tornadoes or wildfires. It wasn’t even an act of international terrorism, or the work of a few domestic radicals huddled in a basement. Instead it was funded, planned, and carried out by some of the biggest donors and organizations affiliated with the Democrats and their political nonprofits.

Think of the riots as a $2 billion version of 9/11 whose leadership isn’t hiding in a cave or in Pakistan, but is meeting openly in D.C. hotels while buying elections from coast to coast.

The fact that both the lockdowns and the riots targeted small business is not a coincidence.

While the lockdowns were presented as being all about science and the riots as a populist response to racial injustice, both emerged from policy shops and think tanks. Neither were a natural response to conditions and neither came close to achieving their stated goals.

The lockdowns did not stop the surge and the race riots did nothing for black lives. Instead pandemic deaths and the deaths of black people actually increased in the wake of these measures. But the lockdowns and the riots did achieve their true goals which, among others, was to decimate the retail sector in order to reconstruct the economy and local politics.

The recovery is the carrot while the disaster is the stick, but both reconfigure the economy to undermine the independence of businesses and the social mobility of individuals, moving money and jobs away from conservative areas and businesses, and into leftist areas and organizations, while deepening big government’s death grip on the economy.

Even as the pandemic may be approaching its end, the next stage of the disaster is here.

Democrats may have destroyed a sum equal to the household savings of the country three times over, but that was just the warm-up act. After the crisis comes the recovery. And if you thought the crisis had hit small businesses hard, wait until you see how hard the recovery is.