Senator Hawley Will Object To Certification of Biden’s Electoral Votes 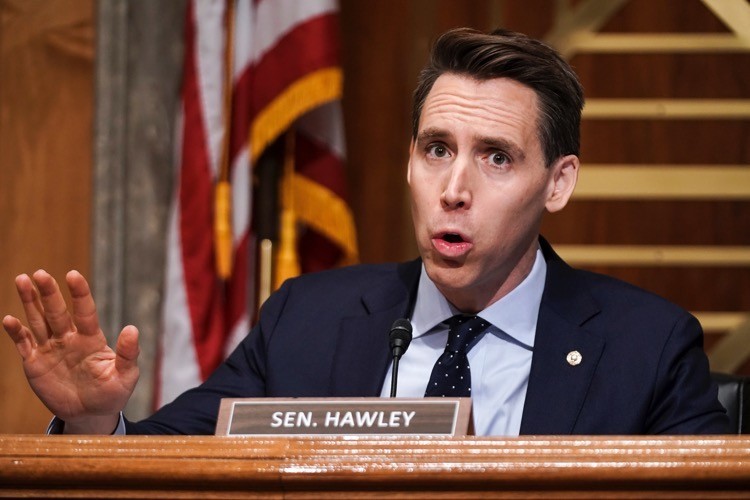 Senator Hawley Will Object To Certification of Biden’s Electoral Votes

The Republican from Missouri announced the move this morning, and cited the numerous times leftists have objected to the certification of Republican victories, including those of Presidents Trump and George W. Bush.

Hawley will object, he said, because some states did not observe their own election laws. As well, he said, Big Tech social media were in the tank for Biden and tried to help elect him. In October, he accused Twitter of an illegal in-kind campaign contribution to Biden.

“I cannot vote to certify the Electoral College results on January 6 without raising the fact that some states, particularly Pennsylvania, failed to follow their own state election laws,” he said:

And I cannot vote to certify without pointing out the unprecedented effort of mega corporations, including Facebook and Twitter, to interfere in this election, in support of Joe Biden. At the very least, Congress should investigate allegations of voter fraud and adopt measures to secure the integrity of our elections. But Congress has so far failed to act.

For these reasons, I will follow the same practice Democrat members of Congress have in years past and object during the certification process on January 6 to raise these critical issues.

Hawley’s objection is crucial for House Republicans who want to stop election thief Biden from making off with the presidency.

As The Hill reported, “Hawley’s decision comes as a group of House conservatives, led by Rep. Mo Brooks (R-Ala.), have pledged to make a long-shot bid to overturn the results of the presidential election next Wednesday by objecting to the Electoral College results.”

In order to force a debate and a vote on their objection to a state’s results House members need the support of a senator who will also object — something they didn’t have before Hawley’s announcement.

The Hill noted that Hawley’s challenge will be the third since 1887. Leftists objected to Richard Nixon’s victory in 1969 and George Bush’s in 2005 and tried to overturn Trump’s victory in 2017.

When the Democrats Objected

In this prepared release, Hawley offered a detailed history of the times Democrats were furious they got beat:

Stephanie Tubs-Jones Said, “I Raise This Objection Because I Am Convinced That We As A Body Must Conduct A Formal And Legitimate Debate About Election Irregularities.” (C-SPAN, 1/6/05, 3:10-3:20)

Then-House Minority Leader Nancy Pelosi backed the objections and said Democrats were “speaking up for their aggrieved constituents.”

“Today we are witnessing democracy at work,” Pelosi said at the time. “This is not, as some of our Republican colleagues have referred to it, sadly, frivolous. This debate is fundamental to our democracy.”

Representative Jim McGovern of Massachusetts claimed “the electors were not lawfully certified” because of Russian “collusion,” a debunked conspiracy theory.

Others who objected, Hawley recalled, were Raúl Grijalva of Arizona, Jamie Raskin of Maryland, Maxine Waters of California, and Pramila Jayapal of Washington state.

As The New American reported in October, Hawley is also fighting the monopolistic tyranny of Big Tech.

In October, when Twitter shut down the New York Post’s Twitter feed because it disclosed explosive e-mails from Hunter Biden’s laptop, Hawley accused the social-media site of an illegal campaign contribution. He said the same about Facebook, which also hindered the story’s distribution.

Hawley wrote to Jack Dorsey and Mark Zuckerberg, chieftains of Twitter and Facebook, to ask about their joint move against the Post. He also wrote to the general counsel of the Federal Election Commission.

“This conduct does not merely censor the core political speech of ordinary Americans, though it certainly does that,” the senator wrote to the FEC’s Lisa Stevenson. “Twitter’s and Facebook’s conduct also appears to constitute a clear violation of federal campaign-finance law. Federal law prohibits any corporation from making a contribution to a federal candidate for office.”