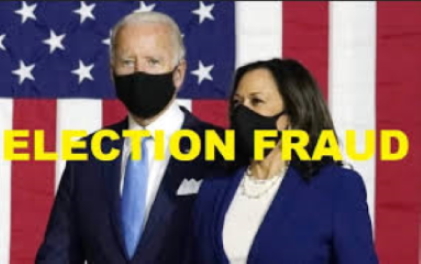 I am the only nationally-syndicated conservative talk radio host in America who spent his prior career as a professional gambler and “the King of Vegas Sports Gambling” (as the media dubbed me). But don’t take my word for it. Next time you’re in Vegas, look for my 180-pound granite star on Las Vegas Blvd in front of Paris Resort & Casino.

So, no other conservative media personality has friends like I do. In addition to many of the top GOP politicians, and the President of the United States, my list of buddies includes some “only-in-Vegas” characters- including my buddy “Richie.” Richie is a professional gambler and a convicted horserace fixer.

Back in the day, Richie may have been the greatest and most prolific horserace fixer in history. He fixed over 1,000 horse races for 11 years at every racetrack in California, bribing over 100 different jockeys. Eventually he was convicted and served time in prison.

That was 25 years ago. Today Richie is one of the good guys and a respected member of his community, as well as a noted philanthropist. But Richie still has his street smarts- something no one in Washington DC has. For over 50 years he witnessed the smartest and sharpest scammers and cheaters in the gambling world. No one can spot a scam like Richie. My buddy has a Ph.D. in “the Art of the Steal.”

Richie watched and studied this 2020 presidential election. He calls it “the greatest scam and steal in world history.” He says anyone who denies this election was stolen is either a criminal who was in on the scam; or a bribed politician or bureaucrat who benefits from the scam; or a complete naïve moron.

What does the world’s greatest horserace fixer believe happened on Election Night? Richie says it’s clear that President Trump won in a landslide in key battleground states. Trump won so big in these key states that Democrats who tried to rig the election with millions of fake mail-in ballots had to move quickly to Plan B.

Trump was actually winning a rigged election by a mile. Trump beat them so badly in these key states, Democrats needed reinforcements. So, they brought in the cavalry- vans, USPS trucks, even planes filled with fake ballots, in the wee hours of the morning, with no GOP witnesses watching.

That’s why they stopped the count on Election Night. The millions of fake Biden ballots weren’t enough. Democrat scammers had to call a “timeout” to quickly bring in millions of additional fake ballots to erase Trump’s massive lead.

In a coordinated conspiracy so easy to see, Richie calls it “Amateur Hour,” five states all agreed at the same time to stop counting votes- thereby buying themselves time to have millions of additional fake ballots filled out, trucked in, or in some cases flown into nearby airports.

In the case of Georgia, the scammers faked a flood, caused by a burst pipe that never happened, and then rolled out suitcases filled with ballots, all caught on video.

Any idiot who isn’t blind can see what happened, says Richie. It was as if a brazen gang of 50 hoods robbed five banks at the exact same time, all 50 robbers carrying the same AK47s and no masks, and then showed their IDs on the way out the door. Then every FBI agent and every judge turned a blind eye. Maybe they’re in denial, maybe the DC Swamp got to them, maybe they’re in on the scam. A lot of respectable people in power must be getting filthy rich on this scam, says Richie.

Some telltale signs of the scam- GOP witnesses had to be removed from the room; these fake ballots had only one name filled out (Biden) because Democrat scammers were rushing to add fake ballots to the count and didn’t have time to fill out down-ballot races; and many of the ballots looked pristine because they were clearly never mailed. They were rushed untouched from printing presses to counting rooms.

But it isn’t only Richie who sees the scam. A math genius and world-renowned statistics professor from Harvard and USC reports the odds of Trump leading by those margins when counting stopped and then losing each of those states is 1 in  a quadrillion (that’s one thousand trillions). Meaning it was impossible.

Street-smart Richie puts it differently. He says this case is such a slam dunk, any judge who threw these cases out is dirty; and any prosecutor who can’t convict these scammers should lose his license to practice law.

Richie compares this case to Scott Peterson’s 2004 murder trial. Peterson got the death penalty based only on circumstantial evidence. This 2020 election scam was so obvious it makes Scott Peterson look innocent by comparison.

Yet here we sit, with a conspiracy so deep that political leaders, mainstream media, social media, judges, prosecutors, the entire US Justice System, and virtually every person in power in DC, acts as if nothing happened. And they do it so casually, so matter-of-factly, that my buddy Richie says it’s easy to conclude they’re all in on the scam.

January 20th will determine if we are still a nation of laws, or a corrupt third world Banana Republic, where horserace fixers tell the truth, and politicians are the real scam artists.