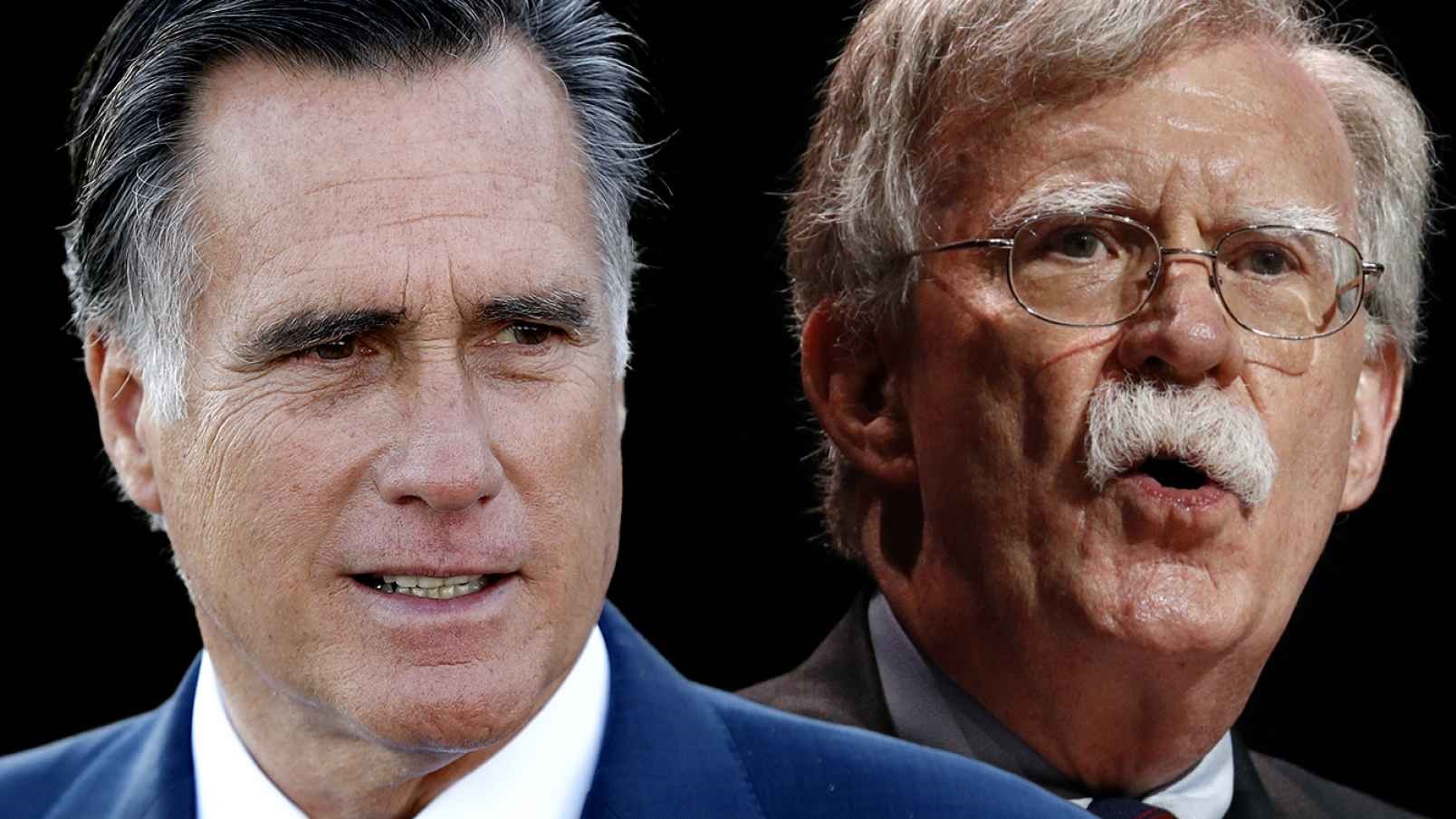 Their problem isn’t philosophical, but psychological.

Rank-and-file conservatives have embraced Donald Trump. But even after four years, and everything he’s done for America, a hard core of leaders and intellectuals remains stridently anti-Trump. Their problem isn’t philosophical but psychological.

Speaking on CNN on December 23, former National Security Advisor John Bolton said The Donald was “never fit to be president.” Did he reach that conclusion before or after Trump fired him?

By any standard, Trump is our most successful conservative president:

Without a hard-driving, take-charge businessman at 1600, Operation Warp-Speed would have been Operation Don’t-Exceed-The-Speed-Limit. Money for a COVID vaccine would have been balanced by funding for the Kennedy Center and gender studies in Pakistan.

So what’s their problem with POTUS? Character, they tell us. He’s crude, bombastic and arrogant — unlike all of the humble souls who’ve succeeded at politics.

In terms of its leadership, we are a movement of jealous dwarfs.

Goldwater (never the brightest bulb in the pack) was so envious of Ronald Reagan that he supported the senior Bush – a Republican swamp creature — over the Gipper for the Republican nomination in 1980. That’s how he repaid the man who gave him the only memorable moment of his otherwise lackluster ’64 campaign – the televised address, “A Time for Choosing.”

Mitt Romney is easily the most anti-Trump Republican in the Senate, a nest of ingrates. The only Republican to vote to impeach the president, Romney recently derided legal challenges to the Hijacked Election as “nutty and loopy” — like the idea that Romney has cojones.

The Utah Republican has never suffered from an excess of testosterone.

The Benghazi fiasco – when Barack Obama threw away the lives of four Americans (and then had his surrogates lie about it for weeks) — was a gift from Heaven for the man who ran against him in 2012.

The Mitt-Wit hesitantly raised the issue during the foreign policy debate. All Barack Hussein had to do was to beat his hollow chest and bellow that the victims of his policy failure were “my people,” and he’d be there when the coffins came home, to send Romney scurrying for cover. Another Republican profile in courage.

Republican presidents between Reagan and Trump – Bush 41 and Bush 1.0 — were distinguished by their lack of distinction, nice guys who couldn’t cut it.

They viewed the GOP as their patrimony. Bush 41 was the son of a banker and U.S. Senator Prescott Bush. It took two terms as Reagan’s VP to get him into the White House. Bush 43 built his career on Bush 41’s base in the party and fundraising network.

How disappointed the family was when Bonnie Prince Jeb lost the GOP nomination to an upstart in 2016. Imagine, primary voters choosing a candidate who said drug dealers and gang members are coming across our southern border to one who declared that illegal immigration was “an act of love.”

The Republican establishment, the National Review crowd, and the rest are jealous because Trump succeeded where they habitually failed.

He reached across class lines to forge an alliance with blue-collar voters who were left behind in the boom of the 80s. At the average Trump rally, you’re as likely to find a guy in a motorcycle jacket, or someone with grease on his jeans, as an office worker or suburban housewife.

Perhaps, like the Republican Party, the conservative movement needs to be rebuilt from the ground up. (Build it back better!) The conservative philosophy is sound – the only one that makes sense. It was when I read The Conservative Mind by Russell Kirk in 1973. It still is.

It’s the conservative chattering class that’s done a lousy job of selling it. Take William F. Buckley Jr. and National Review. When the magazine was founded in 1955, it was iconoclastic and gutsy – so was Buckley himself.

At his height, no one could do polemic like Bill Buckley. Then, in the mid-1960s, he became the darling of the liberal establishment. Then he had a reputation to defend: the conservative who was bright and witty. Then he became respectable. Buckley ended his career in endless word games – showing us how smart he was by using words familiar only to devotees of the 20-volume Oxford Dictionary.

His magazine has carried on that tradition of irrelevance. In a commentary published on December 17, the authors griped, “Yet Trump hasn’t even managed to clear the low bar of realistic expectations for his post-election conduct.” (That bad?) Translation: POTUS never learned to lose like an effete, establishment conservative.

Another Republican President, who was also called bombastic, could have been speaking of Trump and his critics when he wrote in 1910:

“It is not the critic who counts: not the man who points out how the strong man stumbles or where the doer of deeds could have done better. The credit belongs to the man who is actually in the arena, whose face is marred by dust and sweat and blood, who strives valiantly, who errs and comes up short again and again, because there is no effort without error or shortcoming, but who knows the great enthusiasms, the great devotions, who spends himself for a worthy cause; who, at the best, knows, in the end, the triumph of high achievement, and who, at the worst, if he fails, at least he fails while daring greatly, so that his place shall never be with those cold and timid souls who knew neither victory nor defeat.”

Trump will be remembered long after his critics – those cold and timid souls – are forgotten.