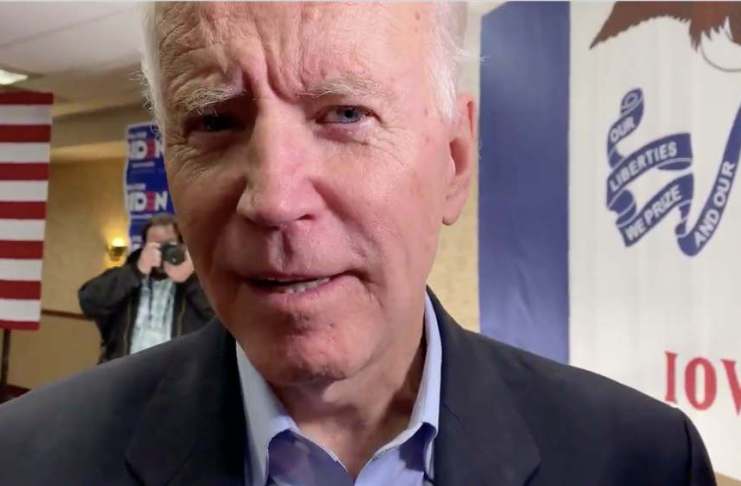 Biden said millions of Americans’ unemployment benefits would expire Saturday, and military members may lose aid when government funding ends soon, according to the statement. The puppet president-to-be said millions may be evicted due to the moratorium expiring “in less than a week.”

The ‘leaders’ don’t want to separate the two bills because they want to deceive the American people into supporting the ‘COV relief bill.’ It’s a ploy by corrupt politicians in both parties. We’re back to business as usual with spending on special interests here and abroad until we collapse.

Biden, or whoever writes his statements these days, had the gall to say President Trump is abdicating his responsibility.

“It is the day after Christmas, and millions of families don’t know if they’ll be able to make ends meet because of President Donald Trump’s refusal to sign an economic relief bill approved by Congress with an overwhelming and bipartisan majority. This abdication of responsibility has devastating consequences,” Biden said in the statement.

Biden is talking about the spending bill, not the COV bill. The politicians wantsyou to think they are one bill. They plan to waste more of our money instead of just stopping the BS virus shutdowns.

THIS IS ONLY THE FIRST STEP

Biden called it “a first step and down payment” of more action in early 2021 aimed at stopping the pandemic and restoring the economy, according to his statement. Biden said he would push for vaccine distribution funds and more testing after his inauguration.

Yes, the virus is bad for some people, and no, the lockdowns do NOT work. OPEN UP!

ABOUT $700 BILLION DOES NOTHING FOR COVID

Congress passed the bill overwhelmingly Monday. Republicans joined Democrats in passing a bill that’s about $200 billion COVID relief and $700 billion for foreign countries and lobbyists. It gave a small fortune to spread leftist ideology throughout the world.

“In November, the American people spoke clearly that now is a time for bipartisan action and compromise. I was heartened to see members of Congress heed that message, reach across the aisle, and work together,” Biden said in the statement.

He and his crowd, including the GOP establishment are responsible. President Trump is fulfilling his responsibilities by not voting for this absurd creation they call COVID relief. Read about it here.

The lies never stop and the media won’t stop conveying the lies.

Joel Pollack says everything I want to say here: 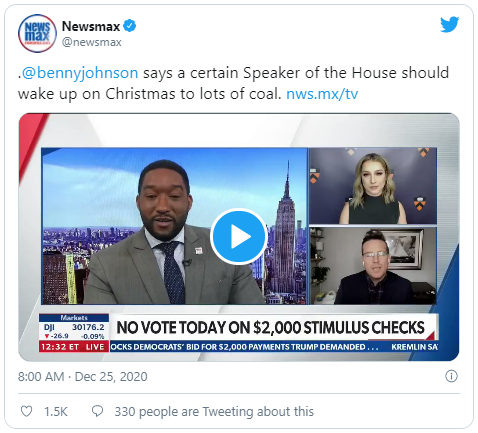