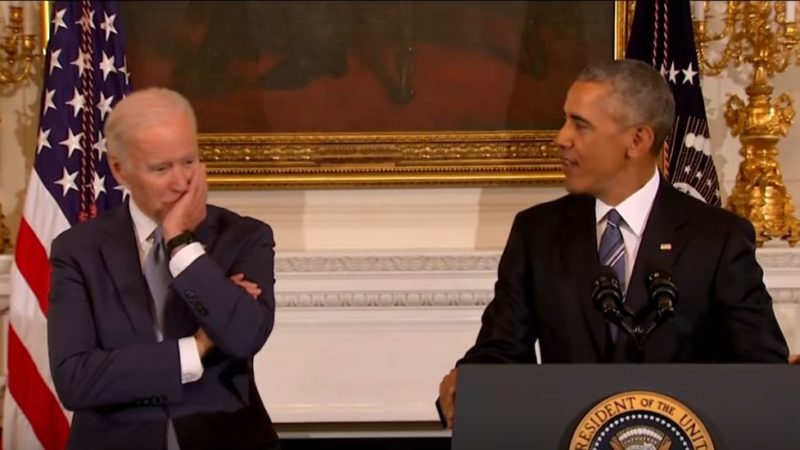 Joe Biden is assembling an army of radical bureaucrats and no one’s freedom is safe.

In the waning days of the Obama Administration, the 44th President’s legion of anti-capitalist, global warming, anti-energy zealots burrowed into our federal service and decamped for big salaries at left-wing nonprofits.

Mr. Biden did announce this week cabinet appointments that will implement climate policy overseen by Ms. McCarthy. They include Jennifer Granholm for Secretary of Energy, who was Michigan Governor and champion of “renewable” solar and wind energy; and Michael Regan for the Environmental Protection Agency, an African American who is the Secretary of the North Carolina Department of Environmental Quality and espouses “environmental justice” for communities of color. The president-elect is expected to name Congresswoman Deb Haaland of New Mexico for Secretary of the Interior, who is opposed to decades long energy development on federal lands.

Gabriella Hoffman focuses in on Biden’s pick for Interior, the radical Deb Haaland:

Haaland’s positions on critical conservation and environmental issues would alienate most Americans: Haaland is an original Green New Deal backer and is endorsed by the Sunrise Movement. She also supports restoring the size of the controversial Bears Ears National Monument in Utah, opposes Endangered Species Act reforms, and endorses the “30 by 30” plan via House Resolution 835.

Top level appointments are just the tip of the iceberg.  For every high profile radical who’s name you see in the news, there are thousands who’s names and faces remain largely unseen by the average American.  They are united in their belief that the problem with America is that we have far too much of that pesky individual freedom.  They know better, and are prepared to substitute their judgment for ours through the bleak power of regulation.

America has at long last achieved energy independence.  Through the efficiency of free markets, we stand first in energy production, while simultaneously first in emissions reductions (if that’s your thing).  We have pushed back against anti-competitive mercantilism abroad and our manufacturers are rebounding and ready to compete.  We have returned Americans to space on American rockets.  We are defeating a global pandemic and creating better lives and opportunities for everyone.

Our assembling bureaucratic masters loathe all that and are prepared to stop it.

Joe Biden positioned himself for president by proclaiming he was a mainstream candidate who was not part of the radicalism possessing his party.

In the days ahead, judge Biden not by what he says, but by whom he appoints.