Letter to the Editor at Okanogan County’s Gazette-Tribune: WA’s Election Irregularities Equated to Good and Evil, Right and Wrong 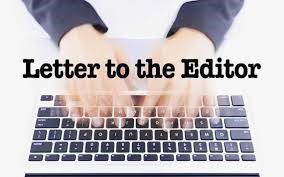 Letter to the Editor at Okanogan County’s Gazette-Tribune: WA’s Election Irregularities Equated to Good and Evil, Right and Wrong

After reading your editorial this week it would be hard to argue with your by line “Out of my mind.” After asking people to please buy local because so many small businesses are being put out of business due to the unconstitutional mandates of Inslee, you then congratulate Biden and Harris as they wait “gracefully” in the wings to fully support Inslee’s dictatorial efforts to destroy small businesses (including your own) and our state’s economy.

Last week’s paper had an excellent letter by David Wolosik that just touched the surface of the massive voter fraud that took place in this year’s general election. Dino Rossi lost the Governor’s race here in 2004 under similar circumstances. The democrats in King County just kept counting (3 times) till they came up with enough votes to win and Republican Sam Reed certified that election.

Republican Kim Wyman certified the election in this state this year even though she was given proof that dead people had voted and other irregularities.  Mail in ballots and computers doing the counting is a perfect recipe for fraudulent elections.  We must remember that “Those who cast the votes decide nothing. Those who count and certify the votes decide everything.”

The election battle is not between Republicans and Democrats but between good and evil, right and wrong.  I have a good friend, John Eidsmoe, who is an attorney, Law school professor, and author of several books including God and Caesar, Christianity and the Constitution, and a 3 volume work on the Historical and Theological Foundations of Law.  His group of attorneys filed an amicus brief with the Supreme Court in Support of Texas’s lawsuit against PA, WI, MI and GA as did 20 some other states. He said the Court dismissed Texas’s lawsuit saying Texas had not shown that fraudulent election practices in those States affected Texas. He suggested that Texas re-file their suit and make a stronger showing of standing, such as the things Biden has promised to do if elected that would hurt Texas— stopping the wall , releasing a flood of illegal aliens on a border state, stopping fracking which will wreak havoc on Texas’s oil industry, etc.

Before the Supreme Court ruled on the lawsuit my friend said the court should hear the case but he wasn’t sure they had the courage to do so.   My friend, the nearly 30 state Attorney’s General, elected officials, and millions of citizens fully support the Texas lawsuit as being Constitutional and not infringing on States’ rights.

We aren’t whiny Republicans and we don’t think we should be ashamed or think our actions are crazy or abhorrent because we want and expect honest and fair elections.

Letter to the Editor of Gazette-Tribune from Oroville’s David Wolosik that inspired my letter:

I was recently accused of presenting verifiable facts as misinformation. Dismiss these:

Courts, Secretaries of State and governors who violated Article I Section 4 of the Constitution giving only the Legislature power to make or change election law aren’t going to implicate themselves in election fraud.

They didn’t show and have disappeared. 100 of 240 Dominion employees have deleted their LinkedIn profiles.

Nov. 17, “Elections Canada does not use Dominion Voting Systems, (based in Toronto). We use paper ballots counted by hand in front of scrutineers and have never used voting machines or electronic tabulators to count votes in our 100-year history!’ Yet approximately 30 states do!

April 2018, NYT video of a University of Michigan computer scientist, J. Alex Halderman, showing a group of students how easy it is to rig a Dominion Voting Machine. Halderman stated, “I once turned a voting machine into a video game. Imagine what the Russians and the North Koreans can do:’ (Or Chinese or Iranians.)

Dec. 2019, Democrat Sens. Elizabeth Warren, Ron Wyden and Amy Klobuchar, with Democrat Rep. Mark Pocan warned that election technology companies like Dominion Voting Systems were “prone to security problems,” a result of them having purportedly “long skimped on security in favor of convenience:’

289,889 mail in ballots in Michigan were requested, sent and received completed all on the same day! Time travel?

Minnesota had an impossible 91% turnout.

Wisconsin 89% with a ridiculous mail-in rejection rate of .03%!

Misinformation? No, more verification of the most fraudulent election in our history?!!!

In the first Presidential debate, Biden promised not to declare victory until the election is independently certified. Surprise! Joe lied again.