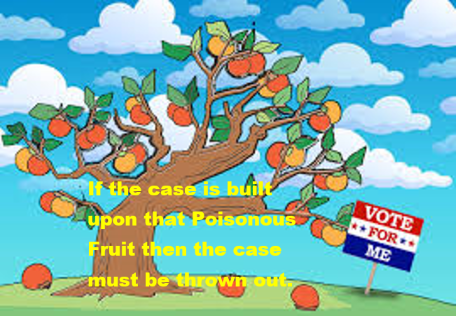 It is said in structural engineering that the most elegant and efficient designs are the simplest. Perhaps, sometimes that also applies to interpretations of the law.

What if the following postulate were true?

Each State shall appoint, in such Manner as the Legislature thereof may direct, a Number of Electors, equal to the whole Number of Senators and Representatives to which the State may be entitled in the Congress: but no Senator or Representative, or Person holding an Office of Trust or Profit under the United States, shall be appointed an Elector.

So this language is very simple. Perhaps, deceptively so.

The Constitution assigns a Plenary power – meaning full or complete – here to the States to Appoint Electors.

But it also assigns specifically to the Legislature the task of determining how these electors are selected and appointed and, of course, this means by writing laws which define how that is to occur because that’s what Legislatures do.

So what happens to the quality of the Electors if the laws directing the manner of the selection and appointment of Electors in a State are violated – if those laws are not followed and adhered to?  How does that effect the status of the Electors themselves?

Is it not possible that the answer to the apparent dilemma of the fraudulent Presidential Election is right before us and has been all along?

It should be quite clear that if Electors are determined and appointed in a manner in violation of State Law in a Presidential Election, that those Electors have been brought into existence by means that are not only in violation of the laws of the State in which the Elections occurred, but also exist now in violation of the U.S. Constitution itself.

In short, the Electors so appointed have legally not been appointed and actually, legally do not validly exist.

The fact that State Electoral laws have been broken in contested ‘swing States is essentially a prima facie fact as proof of it exists in such things as Directives of  Secretaries of State and Rulings of State Supreme Courts or other actions taken in public that are well established and confirmed. Therefore, this evidence does not require establishment as fact and is publicly known.

The Plenary power of the States to conduct Elections and Appoint Electors is not to be constrained by other governmental entities according to the Constitution, but that does not mean that it does not have consequences.

In point of fact, the Constitution clearly states that to have a qualifying slate of Electors, State laws must be adhered to, or the act of Appointment itself has not occurred.

As I have written previously, in addition to this, the Insurrection Act of 1807 clearly applies in conditions where the Constitutional rights of others have been allowed to be violated by State governments, and nothing could be clearer than that violations of the Equal Protection Clause of the 14th Amendment have occurred in this situation.

However, regarding what is going to happen on January 6th, it is possible that what is going to occur is that the President of the Senate is going to open the Electoral Slates from the disputed States and simple set them aside declaring from the seat of the President of the Senate, that they are not Constitutionally appointed and that this State has forfeited it right to place Electors into the Senate for this election because they violated their own State Elector laws in the process of appointment.

There are reports that VP Mike Pence will leave for Europe on January 6th. I believe this could well be true as it is desirable that he not be the person to perform this action, or to even be present or involved in the process to any degree as he is a party to the action.

And who is the currently appointed President Pro Tempore of the Senate you might ask?  Senator Chuck Grassley.

The remedy for the ‘aggrieved’ States will be to sue before the Supreme Court, but they will lose because the ruling is obvious and unmistakable to even the simplest of minds like my own.

The action will be upheld.

Is this what we all have been missing?

President Trump will win the Election 232 to 226 by obtaining a majority of the Appointed Electors and it has actually already been over since the time it began.

These Electors are Fruit of the Poisonous Tree.

Fruit of the Poisonous Tree

A doctrine that extends the exclusionary rule to make evidence inadmissible in court if it was derived from evidence that was illegally obtained. As the metaphor suggests, if the evidential “tree” is tainted, so is its “fruit.” The doctrine was established in 1920 by the decision in Silverthorne Lumber Co. v. United States, and the phrase “fruit of the poisonous tree” was coined by Justice Frankfurter in his 1939 opinion in Nardone v. United States.

Like the exclusionary rule itself, this doctrine is subject to three important exceptions. The evidence will not be excluded:

if it was discovered from a source independent of the illegal activity;

its discovery was inevitable;

or if there is attenuation between the illegal activity and the discovery of the evidence.

Further, if the primary evidence was illegally obtained, but admissible under the good faith exception, its derivatives (or “fruit”) may also be admissible.