As Fox commits suicide publicly, Newsmax is predicting they will overtake them 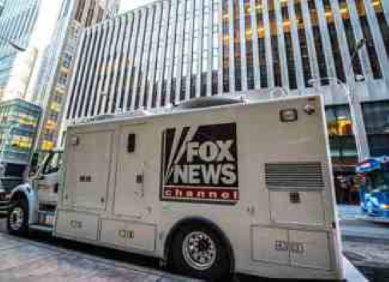 As Fox commits suicide publicly, Newsmax is predicting they will overtake them

As Fox News continues down its path of self-destruction, Newsmax and One America News are picking up the slack.

Newsmax TV has surged in ratings since the president lost his reelection bid to Joe Biden.

Loyal Fox News viewers searched for more pro-Donald Trump coverage than they were getting at Fox, with the exception of primetime, where Sean Hannity, Laura Ingraham, and Tucker Carlson are still largely in the president’s corner.

It’s more than that. Fox News has more leftists than CNN some days and the interim news chief is the very corrupt Democrat Donna Brazile. Even CNN fired her for feeding debate questions to Hillary during the 2016 election.

Fox News also did what they could to make sure the President lost. On election night, they wouldn’t announce his obvious wins in Florida, Ohio, and Texas. But they did call Arizona with 1% of the vote in.

FOX IS DUMBED DOWN

While Fox News anchor Bret Baier was running a video in primetime of a man resuscitating a baby elephant hit by a motorcycle in Thailand, Newsmax TV anchor Sean Spicer was talking about alleged irregularities involving the firm Dominion Voting.

“This election was a theft,” Trump attorney Rudy Giuliani told Spicer on Monday. “It can be proven … five or six of these crooked governors could let us have access to the machines … They will not let us look at Dominion machines, because the 22 we looked at were like Swiss cheese; anybody could get into them. They ran the vote three times with three different results, half the ballots never got registered, and they changed the vote 13 times.”

Whether Rudy is accurate or not, we can’t say, but we firmly believe the election was stolen. Does anyone really believe that fool Biden beat Obama’s record?

Newsmax TV has surpassed CNBC and Fox Business Network so that it is now the fourth most popular cable news outlet. Fox News is at number one, as it has been for 18 straight years, but they won’t be for long.

Ruddy acknowledged that there’s a caveat to his prediction of overtaking the behemoth: it needs a boatload of people to tune into its free streaming app. That, combined with the linear TV channel, could eclipse Fox News in 2021, he said.