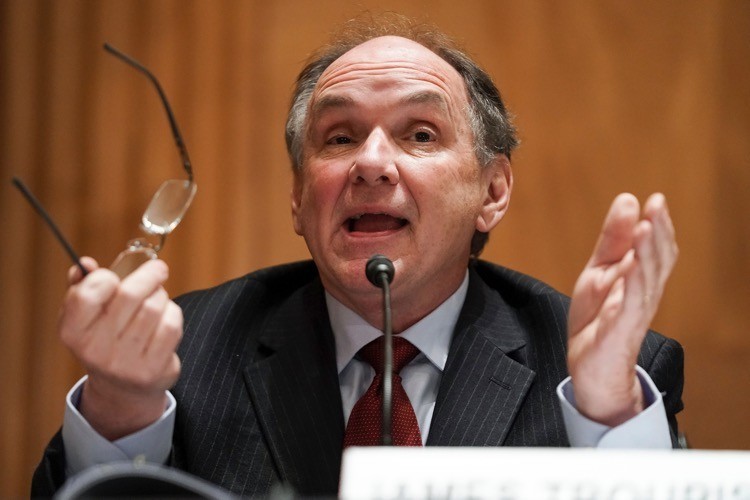 Imagine that doing your duty could not only mean losing your career, but also becoming a pariah, getting death threats, having your children harassed, and needing armed protection. This increasingly is the reality for many Americans. In fact, intimidation in the legal system, says an ex-Wisconsin judge, is hampering Republicans’ ability to get election-oriented justice.

In particular, states James Troupis (shown), pressure from the Left is stopping lawyers and judges from accepting and hearing vote-fraud cases.

No, Troupis didn’t put it as starkly as I did in my first sentence, as he alludes mainly to career and reputational destruction. But we do “‘have to acknowledge that the court system has been deeply intimidated by the left, just as the lawyers have been intimidated,’ Troupis told the Senate Homeland Security & Governmental Affairs Committee Wednesday,” reported National File’s Frank Salvato on Monday. “And that’s a sad, sad state of affairs.”

“Troupis was just one of the witnesses who appeared before the committee to testify on irregularities and fraud they witnessed in several locations during the November 3, 2020, General Election,” Salvato continues. Below is a video of some of his testimony.

Despite the rampant vote fraud tarnishing the November 3 election, Troupis said that premier law firms have declined to defend the president because they fear leftist retaliation. So while the attorney said he’s “honored” to represent Trump, he also said that he’s not “naïve.”

“One of the reasons I was called [by Trump] is because virtually every major law firm in this country and in this city refused to represent the President,” Troupis explained. “Not because of the lack of merit of his claims — we’ve certainly demonstrated that there’s merit — but because of the cancel culture, because of the environment that has been created by the Left that has intimidated lawyers, so that they can’t be here.”

“They’re not here from the giant law firms, precisely because they were ordered by their management committees and others that, ‘You cannot take those cases,’” he continued. “And the reason you cannot take those cases is because our clients, or the Democrat Party, or the incoming administration, will remember that and they will hold it against you.” (video below)

This phenomenon cuts far and wide, too. Thus is no one even “challenging the blatant intimidation of attorneys who represented Trump,” laments lawyer, ex-judge, and journalist Patricia G. Barnes at her blog. “Among other things, a group called The Lincoln Project called on clients to stop working with big firms that represented Trump and shared the phone number[s] and email addresses of Trump/GOP attorneys. Moreover, there currently are calls to boycott Trump attorneys and to challenge their law licenses.”

And pointing out that lawyers who’ve represented Trump have been “unmercifully harassed,” Salvato tells us that “Trump campaign senior legal adviser, Jenna Ellis, said she’s received ‘hundreds’ of threats since taking up the election cases.”

Moreover, the “American Bar Association (ABA) has done nothing to stand up for civility rules that are at the heart of attorney code of ethics,” adds Barnes. “The ABA did not respond Wednesday when asked for comment.”

Tragically, most conservatives and apolitical Americans don’t grasp the Left’s true nature. But as renowned history professor Victor Davis Hanson put it in September, civilization “is on the brink.” If leftists “come to full power,” he warned, they’re “gonna’ want to hunt out and eradicate their opponents. That’s what cultural revolutions always do.”

This is already happening in a Cold Culture War fashion. Leftists have been moving for the last decades from sector to sector — academia, media, entertainment, and more recently big business — purging “dissidents.” This is why aspiring conservative professors perhaps can’t get tenure, conservative actors may be blackballed, overt conservatives may not be hired in media, and conservative passions may even cost one a job (e.g., Brendan Eich, Mozilla).

Rank-and-file conservatives sometimes sense this, too, which explains the “hidden Trump vote”: people who dared not voice their support for the president for fear of persecution.

This phenomenon is why while leftists will crow about GOP election challenges “consistently being rejected by courts” — claiming that the judicial actions reveal the cases’ vacuity — what’s often perhaps the real explanation would trouble even many liberals were they wise enough to recognize it.

As Troupis lamented, many judges are simply afraid to do the right thing. How many GOP cases have been rejected merely because courts feared the pariah status I spoke of in my opening sentence? Oh, the judges may not always be consciously acting on fear. But it does provide another great incentive to rationalize away Truth (a fault ever plaguing man).

Was this, for example, at least part of the reason the Supreme Court declined to hear the Trump-supported Texas case?

Moreover, since this fear is felt far and wide, does it explain Attorney General Bill Barr’s failure to bring charges against Deep State criminals (e.g., his recent decision to not appoint a Hunter Biden special counsel)?

For I’ve long believed that Barr and other establishment types know what Victor Davis Hanson does: There’s no need to fear conservatives. They don’t control the culture — and they play by the rules and play nice.

The Left plays for keeps.

You try to prosecute leftists, and you’ll rue the day as soon as they gain enough power. How many Barr types are principled enough to risk dying in jail for the cause?

As writer Christopher Roach put it in his September piece “The Third Worlding of America,” as “in Venezuela or Iraq, politics and life [in the U.S.] are becoming ‘winner take all.’”

It’s a dark road leading to a place in which it doesn’t matter if you’re right, only if you’re in power.

Selwyn Duke(@SelwynDuke) has written for The New American for more than a decade. He has also written for The Hill, Observer, The American Conservative, WorldNetDaily, American Thinker, and many other print and online publications. In addition, he has contributed to college textbooks published by Gale-Cengage Learning, has appeared on television, and is a frequent guest on radio.