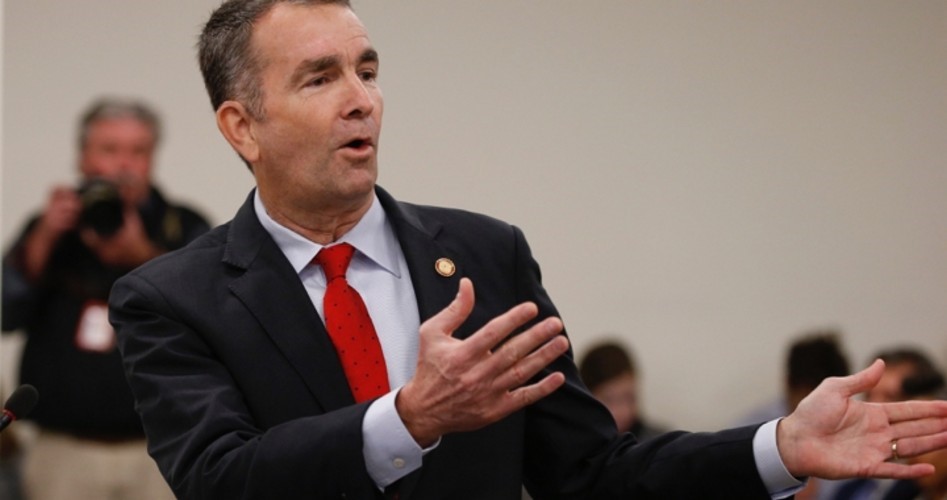 Virginia Governor Ralph Northam’s proposed budget demand for $4.8 million for an 18-person force to carry out his proposed assault-weapons ban is coming under fire from groups across the Old Dominion.

In response to the governor’s demands, pro-Second Amendment organizations are asking citizens of Virginia to attend public budget hearings around the state and to question state legislators if they intend to give the governor his gun-grabbing goons and whether they will vote to infringe in any way the right to keep and bear arms.

“We understand that this is short notice. But it would have a significant impact if many of our members could show up and make a 3-minute statement and ask questions of the legislators in attendance,” said the Virginia Citizens Defense League, as reported by the Washington Examiner.

“We see in the governor’s proposed budget that he wants $4 million and 18 new law-enforcement positions to enforce a ban on commonly-owned firearms,” said Erich Pratt, Gun Owners of America senior vice president, as quoted in the same story.

Once Democrats took control of the Virginia state legislature in 2019, Governor Northam accelerated his plan to disarm the people of his state.

Published reports claim that over 90 percent of the 95 counties in Virginia have passed some sort of resolution — all of which are non-binding — as a signal to the state’s lawmakers that they do not intend to go along with their government’s proposed gun grab.

The Constitution of the Commonwealth of Virginia contains an article in its bill of rights protecting the rights similarly protected by the Second Amendment to the U.S. Constitution. Article I, Section 13 of the Virginia Constitution reads:

That a well regulated militia, composed of the body of the people, trained to arms, is the proper, natural, and safe defense of a free state, therefore, the right of the people to keep and bear arms shall not be infringed; that standing armies, in time of peace, should be avoided as dangerous to liberty; and that in all cases the military should be under strict subordination to, and governed by, the civil power.

As mentioned above, the resolutions passed by over 90 percent of the counties in Virginia are non-binding and as such have no teeth. That isn’t to suggest that they are useless and shouldn’t be passed, but the residents of those counties need to hold their local representatives’ feet to the fire and push them to pass binding statutes and ordinances refusing to cooperate with any attempt to deny the people of the county or city of their natural and constitutionally protected right to keep and bear arms. This is what must be done if Virginians are to maintain their weapons and to maintain their peace.

Advocates of the right to keep and bear arms are planning to hold a “lobby day” on January 20 in Richmond to communicate their opposition to the state government’s proposal to impose tighter regulations on the purchase, ownership, and use of weapons.

“With a number of extreme gun control proposals set to be voted on the next session, it is vital for as many people as possible to be at the capitol on January 20 to tell the Governor and his legislator allies that this is unacceptable,” declares a press release issued by the Gun Owners of America.

There is need for such urgency and such demonstration of resolve, for not only does Governor Northam’s budget call for the $4.8 million and 18-man force, but it asks for more than $2 million in additional funds to pay for 10 more employees to enforce various other gun-control proposals, including universal background checks, a one gun purchase per month limit, and “extreme risk legislation.”

And, nearly unbelievably, the governor’s budget requests $250,000 in additional funding for the state’s prisons so that they can be equipped to handle the increased population that will result from enforcement of the following proposed “laws”:

The removal of firearms from persons who pose a substantial risk to themselves or others; prohibit the sale, possession, and transport of assault firearms, trigger activators, and silencers;

increase the penalty for allowing a child to access unsecured firearms;

prohibit possession of firearms for persons subject to final orders of protection;

and require background checks for all firearms sales.

The governor reckons in his budget request that enforcement of each of those statutes will cost about $50,000 for the prisons.

From federal “red flag” regulations and Project Guardian pre-crime programs to state-based efforts to restrict ownership of weapons, the right of every man to protect his life, liberty, and property from tyranny is under assault from government.

Finally, I’m not one to bring up Hitler at every turn, but there is something very eerily familiar about the effort underway in Virginia to deny civilians the right to own certain firearms.

Within a week of assuming autocratic control of the lawmaking power in Germany, Hitler issued the following order regarding gun ownership:

The units of the national revolution, SA, SS, and Stahlhelm, offer every German man with a good reputation the opportunity to join their ranks for the fight. Therefore, whoever does not belong to one of these named units and nevertheless keeps his weapon without authorization or even hides it, must be viewed as an enemy of the national government and will be held responsible without hesitation and with the utmost severity.

And, in case there were any doubts about the seriousness of the severity, a newspaper entry announcing the edict informed citizens: “If we find military weapons or ammunition after 31 March 1933, we will be forced to proceed ruthlessly.”

Let’s learn from history and not allow tyrants to leave us deprived of the power to protect and preserve the liberty granted us by God.