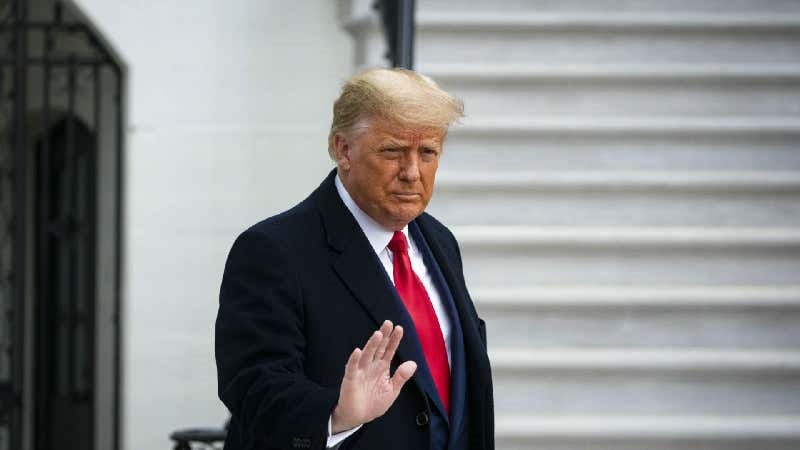 On Sunday, President Donald Trump put the rumors to rest that he would declare martial law.

Trump has waged an unprecedented effort to fight back against the results of the Nov. 3 election.

Although the Electoral College has declared presumptive President-elect Joe Biden the winner of the Nov. 3 presidential election, the Trump campaign has insisted that there has been voter fraud in states that include Arizona, Nevada, Georgia, Michigan and Wisconsin, as well as Pennsylvania.

Despite multiple anecdotal claims of voting irregularities, proof has yet to surface that there was a widespread effort to distort the voting process in such a way that would have impacted the final results of the presidential election. Numerous affidavits testifying to various types of election fraud have been filed in courts in several swing states.

These affidavits indicate that those who witnessed conduct believe that fraud took place but those allegations have yet to be proven through either the courts or law enforcement.

In the emotional frenzy of the times, the extreme of martial law has been discussed.

For example, on Thursday, retired Gen. Michael Flynn spoke of using the military to oversee a new election and encouraged Trump to consider martial law.

The New York Times reported that “Trump asked about that idea” during a meeting at the White House Flynn attended on Friday.

The website Axios added fuel to the fire in a report that cited “senior Trump administration officials” and claimed their “fears include Trump’s interest in former national security adviser Michael Flynn’s wild talk of martial law.”

And on Saturday, MyPillow CEO Mike Lindell spoke of martial law in a since-deleted tweet, according to Newsweek.

“Look @dougducey you made the list and your crooked buddy @BrianKempGA! @realDonaldTrump please impose martial law in these 7 states and get the machines/ballots!” Lindell tweeted. The post was later deleted.

Judicial Watch leader Tom Fitton noted that the talk of martial law appealed to the left at one time.

Trump has been coy about any plans he has made for the future. He recently called for a massive protest on Jan. 6, the day Congress meets to certify the results of the vote in the Electoral College.

Some reports have claimed Trump might kick off his 2024 presidential campaign on Jan. 20, which is Inauguration Day, but Trump has not commented on those rumors.