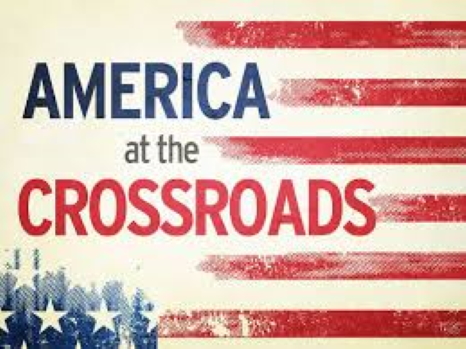 Here’s a description of our current condition according to various reports I have read that have a spectrum of probability of verity.

Chris Miller, Acting DOD Sec. was a Spec Ops Captain. Commanded a Spec Ops Company. Field hardened. When appointed, he immediately directed that all special operations groups would report directly to him and that the civilian bureaucracy (read CIA) were cut out of the chain of command.

Brig. Gen. Andrew Tata, feared within DOD, was previously assigned to Pentagon duty and has been promoted to Undersecretary of Defense for Policy.

Ezra Cohen-Watnik, formerly of the NSC (Senior Director for Intelligence Programs), formerly of DOJ (National Security Advisor to the AG) is feared and well-traveled over recent years performing duties not specified in any reports I’ve read. Trump keeps putting him in sensitive positions with more and more authority and he was transferred to the DOD and assigned as Undersecretary of Defense for Intelligence.

Ezra Cohen-Watnik recently informed the CIA that they would no longer be provided with armed forces services of the Special Operations Group under any conditions. The CIA now has no military at its directive.

Reliable sources report that in late November, military air traffic ran at 4 -5 times normal volume during the week of the 16th.

Observations were presented online showing clearly that about 20 C-17’s and 30 C-130’s went into Nellis AFB Northeast of Las Vegas.

No information regarding what, if anything was on these planes, but the traffic itself is extraordinary.

C-17 can carry up to 300 troops or vehicles or a combination thereof.

C-130 can carry up to 100 troops or vehicles or a combination thereof.

9,000 Special Forces troops is a full Division of formidable fighters.

No one has reported confirmation of what was deployed or where it was deployed, but obviously if this was a delivery, it was to the Western Region.

Three days ago reliable sources within the military reported that urgent shipments were required out of St. Louis and Kansas City, MO.  Fees paid to independent drivers were double normal for immediate response.  Destinations for shipments were San Diego, Los Angeles, San Francisco, Salem, OR, Tacoma, WA and Spokane, WA.  Despite repeated efforts, the contents of shipments would not be given.  Knowledgeable speculation was that this was a massive amount of field rations.

Reports are that White House Staff and some members of the Cabinet have been removed from Washington and are in a secure hotel in Florida. Trump remains in the White House, but has not been seen in public for 9 days now.

I have seen nothing reported of the current location of the First Family and Trump’s adult children and families.

Unverified, but multiple source reports stated that the servers which manipulated the elections data were seized in Frankfurt and are secure.  The story is that apparently a fleet of 40 V-22 Osprey was observed leaving VA at night.  I saw the testimony of an eye witness to these planes and the video he took.

The Osprey can carry between 24 and 32 troops, has a top speed of 315 mph and can be re-fueled in the air.  It’s possible that this fleet carried about 900 spec. ops who rope descended into the Frankfurt facility after a trans-Atlantic flight.  Their range of 2600 miles would have required only one in-air refueling.

The reports state that the servers in the Frankfurt facility were under CIA control and that Gina Haspel was there overseeing the operation of the falsification and re-sending of the election data back to the US.

Reportedly, there was a notoriously brutal group of mercenaries guarding this facility which was brought in from Afghanistan.  Five of our spec. ops people were killed and falsely reported to have died in a plane crash off Libya.  Haspel was killed in some reports. In others, she was wounded and transported to Gitmo for immediate trial for treason and had her death sentence commuted to life pending her on-going cooperation.

No mention of casualties to the mercenaries were made, but there was a cryptic reference to the (at the time) recent addition of firing squads as an allowable form of execution by President Trump. If any of this is true, I think they are no longer with us.

Various confirmations of this story’s details have been available. Sydney Powell and others have stated that the servers have been seized and are secure.

Given the above description of possible occurrences over the last 6 weeks subsequent to the election, the situation can reasonably be assessed to be critical.

Something has got to happen or the Republic will be lost.

Make no mistake of it, this is an Insurrection.

The idea that Trump, Flynn and the Patriotic American Military are going to give up is not consistent with a great deal of information that is sound in its reliability.

It’s been a long road of many years and purportedly all of this is a plan.

I have always known that one thing we can be sure of is that only the Military has the power for victory in this situation.  However, the Military requires that the majority of the populace support its action.

Given the failure of the Judiciary to provide remedy or even a forum for presentation of information to the American people, and the unlikelihood of the Congress conducting itself in a responsible manner leading to a just conclusion, the only logical possibility is that there is will be military intervention.

It’s only a question of what and when.

Regarding the information about the C-130’s and the shipments, the Nellis flight info was from this video on Monkey Werx: https://www.youtube.com/watch?v=peF6_rT9Ky0

The shipments from St Louis was from Monkey and Scott McKay: https://www.youtube.com/watch?v=EMEtdL7PFKY