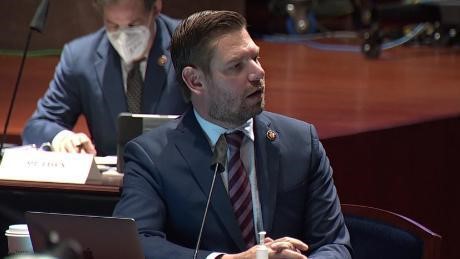 Although we believe the CIA and FBI should be abolished completely, as a result of their roles in subverting the Trump presidency, America’s Survival, Inc. (ASI) has campaigned to save the NSA from congressional restrictions that would undermine its surveillance programs. This stand has not been popular in left-wing and some libertarian circles. But it is the right thing to do. It is more important than ever before.

The dramatic hacking of federal government and private networks demonstrates the threat. What many won’t concede is that these hackers, apparently originating in Russia and/or China, also have the demonstrated ability to hack into our electronic voting systems, and undoubtedly did so.

As I prove in my 2014 book,  Blood on His Hands: The True Story of Edward Snowden, it is no accident that the Russian invasion of Ukraine, the rise of ISIS, and cyber-attacks from China followed Edward Snowden’s defection to Russia through China. President Obama called Snowden, a CIA and NSA contractor, a mere “hacker,” and Attorney General Eric Holder wrote to the Russians promising that Snowden wouldn’t be given the death penalty if he returned home. Snowden has remained in Russia.

When NSA analysts William Martin and Bernon Mitchell defected to Russia in 1960, President Eisenhower labeled them as traitors and former President Harry Truman said they should be shot. Investigations revealed that both young men had been members of the Communist Party and homosexual lovers.

President Trump once called for the execution of Edward Snowden as a “traitor” who had “given serious information to China and Russia.” The Snowden case looks like the NSA equivalent of Philip Agee, who defected from the CIA and became a Soviet and Cuban agent. Agee died in Havana after writing several books with the help of Cuban intelligence. Snowden wanted to embarrass the United States and help America’s adversaries.

It makes complete sense to assume that Snowden’s stolen classified data from the CIA/NSA enabled the Russians and/or the Chinese to develop the hacking tools in the SolarWinds case that is receiving so much attention these days. This firm served as a “security vendor” for government agencies, including the NSA itself, supposedly making sure their IT networks are protected against cyberattacks.

But Senator Rand Paul argues that Snowden is no traitor and wants Trump to pardon Snowden.

Senator Paul is playing into our enemies’ hands and looks foolish.

The booklet, Revolutionary Secrets: The Secret Communications of the American Revolution, is an examination of how our founders secretly communicated and deceived the enemy during the war for independence. The topic is the subject of an exhibit at the NSA Museum, which I have visited on two different occasions.

The late Adm. James A. Lyons, commander in chief of the U.S. Pacific Fleet, wrote, “In all the hyperventilating over NSA’s ‘spying’ capabilities,’ it is easy to overlook how critical NSA’s intelligence-collection capabilities are to supporting our military forces. The information and monitoring of our enemies’ communications is critical to success on the battlefield. NSA intelligence is a key element of planning any military operation. It provides the necessary information to our commanders so they can retain the initiative and achieve ultimate success in any conflict.”

He asserted, “It was the NSA’s intercept information that allowed Judge Royce Lamberth to find Iran guilty in Washington’s U.S. District Court in September 2007 of the bombing of the U.S. Marine Barracks in Beirut.” It was on October 23, 1983, that Iran ordered and carried out the suicide bombing of the U.S. Marine barracks in Lebanon, killing 241 American military personnel. An Iranian drove the car bomb into the barracks.

I attended and covered the trial in which the evidence of the Iranian role in this bombing was presented in detail. The trial involved a case brought against Iran by attorneys Steven Perles and Thomas Fortune Fay on behalf of the families of the Marines who were killed. The trial featured a videotaped deposition of a former terrorist insider named “Mahmoud,” who described in detail how Iran ordered the terrorists to attack the U.S. Marines and French troops in Lebanon and revealed that the driver of the truck carrying the bomb was himself an Iranian. A message was intercepted from the government of Iran to its Ambassador in Syria calling for military attacks on the foreign forces in Lebanon, including the Americans.

One of the highlights of the NSA’s history is the VENONA project which exposed a massive Soviet espionage effort against the U.S. that unmasked such traitors as State Department official Alger Hiss, Department of Justice official Judith Coplon, and Department of the Treasury official Harry Dexter White.

I believe some of the documents that still remain classified regarding the John F. Kennedy assassination have to do with the evidence of a communist role in his murder that was obtained by the NSA and other intelligence agencies.

This would explain why former FBI agent Herman Bly wrote, “…I believe the heads of the FBI, CIA, and President Johnson wanted the Oswald case brought to a conclusion as fast as possible as they did not want another crisis with the Soviet Union so soon after the Cuban missile crisis.”

Lt. Gen. Ion Mihai Pacepa’s book Programmed to Kill: Moscow’s Responsibility for Lee Harvey Oswald’s Assassination of President John Fitzgerald Kennedy, details the KGB’s disinformation Operation Dragon, aimed at throwing the blame on various elements in the United States for killing their own president. Over the years the Soviets have successfully confused many people about their role, blaming the CIA, the Mafia, the right-wing, Texas, oilmen, or LBJ.

Our media have not acknowledged and explained to the American people the substantial evidence that an American president was killed as a result of a communist conspiracy based in Moscow and Havana.

The problem for the communists was the anti-communism of John and Robert Kennedy – specifically their anti-Castro intentions, plans, and operations.

The problem, quite clearly, is subversion from within. That is why we are demanding that top officials in the federal government, including the president and members of Congress, go through a process to get a security clearance. Former FBI agent Max Noel told me the Bureau used to investigate candidates for federal employment — but not federal office — by analyzing Character, Associates, Reputation, and Loyalty to the United States. The first letters in those words make up the acronym CARL.

Noel said Barack Hussein Obama could not have been elected president if he had been subjected to the CARL test. But members of Congress also evade the security clearance process. A blatant example of this is Rep. Eric Swalwell, a member of the House Permanent Select Committee on Intelligence, and the subject of allegations that he had a romantic relationship with a suspected Chinese spy.

Swalwell’s website boasts that “The House Permanent Select Committee on Intelligence is charged with oversight of the United States intelligence community, which includes the intelligence-related activities of 17 elements of the U.S. Government, and the Military Intelligence Program.”

Despite the controversy, House Speaker Nancy Pelosi won’t remove Swalwell from the committee.

The cost of the American intelligence establishment has skyrocketed to $60 billion a year. What are we getting for our money?

We will never get a handle on security violations in the U.S. Government until we order all of our top officials to undergo the security clearance process and demonstrate their loyalty to the United States.

It is clear that Swalwell would fail such a test, and so would China Joe Biden. This makes it imperative that Trump stay in office as our foreign and domestic enemies are held accountable for subverting the recent presidential election.

Cliff Kincaid is president of America’s Survival, Inc. For updates use the contact form at usasurvival.org