Carbon tax is coming to kill the middle class 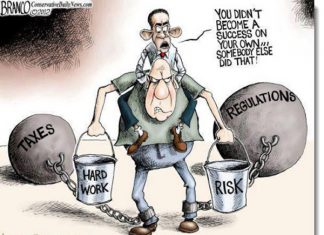 Carbon tax is coming to kill the middle class

The incoming Biden administration — if it comes in — is poised to levy a carbon tax that will hit the middle class. This comes after a punishing virus and arbitrary, economically disastrous lockdowns. It will kill businesses.

The tax is partly about the redistribution of wealth away from the middle class.

The claims of it only hitting the wealthy are absurd. There aren’t enough wealthy people to shoulder the tax burden. And the ones they do try to tax will take their wealth out of the tax collector’s reach. The burden will fall on small businesses.

Even if taxing the wealthy alone was realistic, it would only be passed down to the middle class, trickling down to the poor.

The carbon tax is about much more than the climate. Listen to the one commenter towards the end of the short clip below explain that she wants it to be used as a UBI — the communist principle of Universal Basic Income. 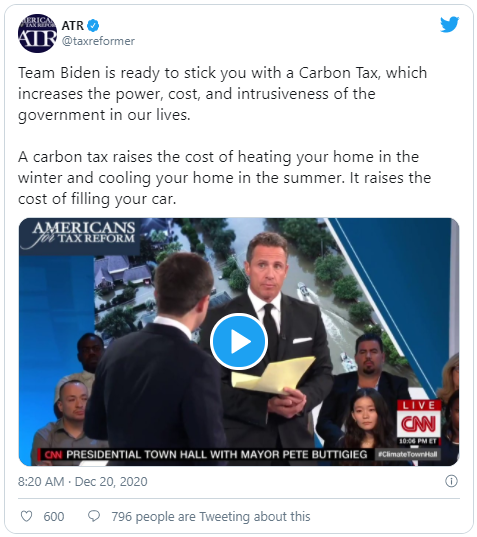 Karl Marx recommended forcing Socialism on governments by using the unelected toadies in government agencies to pass laws. Gina McCarthy, the EPA head under Obama-Biden, is returning as domestic climate policy chief under Biden. In May 2016, she said that it is her job to create overreaching regulations that take the place of failed carbon tax legislation.

Biden will do both. He wants the Federal government to take over our lives and our freedoms.

“There are many ways you can place a price on carbon, I think regulation is one of them,” McCarthy said, after being asked about the possibility of creating a nationwide tax on carbon emissions.

Nevertheless, she said the regulations would work, calling them “strong” policy drivers that send signals to the market.