Trump Is Ill-Served by Advisers Pushing Him to Concede, Former Overstock CEO Says 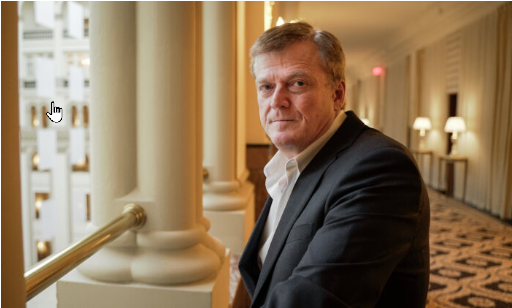 Trump Is Ill-Served by Advisers Pushing Him to Concede, Former Overstock CEO Says

President Donald Trump’s advisers “want him to lose” the election “and are lying to him,” according to Patrick Byrne, the former Overstock.com CEO who says he was part of a lengthy White House meeting on Dec. 18.

“Trump is lied to by his own advisers, who tell staff ‘get the president to concede’ while they stall Trump,” Byrne wrote on Twitter on Dec. 20.

Byrne specifically pointed to White House Chief of Staff Mark Meadows, General Counsel Pat Cipollone, and a pair of attorneys who he referred to by their first names, Eric and Derek. The White House didn’t respond to a request for comment by press time.

“I can promise you: President Trump is being terribly served by his advisers,” Byrne said, “They want him to lose and are lying to him. He is [surrounded] by mendacious mediocrities.”

Trump has not conceded the 2020 election, which he believes was stolen. His legal team and third parties like Powell are pursuing legal challenges in six states, including several cases pending in the U.S. Supreme Court. The president’s legal team has also pushed state legislatures to assert their constitutional power to name electors.

Byrne’s messages appeared to be a reaction to media reports that the president discussed declaring martial law during the meeting on Dec. 18. Byrne said the claims were “100% false.” Attorney Sidney Powell, who was also present at the meeting, likewise disputed the claims.

“People saying that, including those around him, are liars,” Powell wrote on Twitter on Dec. 20.

Byrne wrote: “It is 100% winnable. No martial law required. Sydney and [Lt. Gen. Michael] Flynn presented a course that I estimate has 50% – 75% chance of victory. His staff just try to convince him to do nothing but accept it. As a CEO, my heart broke to see what he is going through. He is betrayed from within.”

Byrne said he spent 4 1/2 hours at the White House. Media reports also cited anonymous sources claiming that during the meeting, the president discussed the potential of appointing Powell as a special prosecutor to investigate election fraud. Powell didn’t respond to a request for comment by press time.

Byrne said the president “wants to fight on.” Those opposing Trump’s plans are concerned with how such moves may be perceived in the media, according to Byrne.

“Meadows and legal staff led by GC Cippolone reflexively shoot down every sober discussion or idea presented. Their frame of mind is automatic: ‘We better not try that, it may not work, it would hurt your reputation in the press,’” Byrne wrote. “No kidding, they say stuff like that.

“They are bending over backwards to come up with reasons to tell him he can’t do anything. He needs to fire them all or he loses.

“He truly [believes] he won and he truly did win. I did not vote for him, but I don’t want to see our country hijacked in a psyop.”