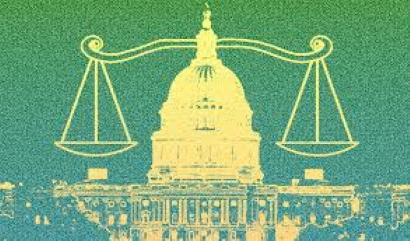 Quote: “Our Constitution was created to govern the Government, not the people, and not the states, each of which is a guardian of its own sovereignty.

The central government was created with strictly limited powers leaving the states to compete with one another to become the best state, the one with the least amount of taxation and controls, one where citizens would want to build a business and raise a family.

What set America apart from other lands was freedom for the individual, freedom to work, to produce, to succeed and especially to keep the fruits of one’s labor.

America became great precisely because the stifling effect of too much government had been prevented.

However, freedom in America was not totally unrestrained, Americans overwhelmingly chose to limit their actions with moral codes such as the biblical Ten Commandments.

Personal morality and Limited Government; it’s the combination that characterized America and made it the envy of the world.

THE BILL OF RIGHTS

The Bill of Rights should have been named The Bill of Limitations on Government. It’s vital to realize that the Bill of Rights never gave citizens rights whatsoever. Its sole purpose: Safeguard God-given rights by limiting government power.

Our founders insisted that the government shall make no law about Speech, Religion, Assembly, The Press, Petitioning, Bearing Arms and so on…

These laws are directed squarely at the Federal Government, not the individual and not the States.” – Unquote from 29-minute video ‘Overview of America,’ Jack McManus, author. 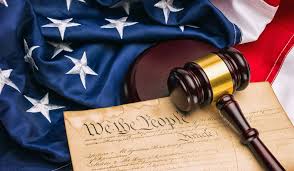 There is already an overwhelming amount of Socialism ruining America.  How do we erase it?

In three words: Follow the Constitution. Following the Constitution means we need to eliminate un-Constitutional departments, bureaus, agencies of the federal government and un-constitutional programs, kill all subsidies, quit foreign aid, get out of all fake ‘Free Trade’ programs that are not ‘Fair Trade’ and into one-on-one negotiating with individual nations, stop funding the corrupt UN that spends most their time working against our interests by quitting them and getting them out of America and end the retirement racket of Congress. Say what they may, that’s a fact!  Check their voting records with the Constitution at TheNewAmerican.com’s Freedom Index. See: ‘Our Necessity for Downsizing Government’

Speaking of Congress, one term qualifying to get a lifetime retirement is like a scam on our tax coffers – these folks simply need to go find a real j. o. b. after patriotically serving. If only they were patriotically serving.  It appears, these days the majority RINOs and Dimms alike are in Congress only for political gain, power, and the dollar. And term limits is not the answer!

Starting this Herculean task of ridding us of all that’s un-Constitutional would put us on our way to more comfortably prioritizing in getting our military back up to speed, our infrastructure repaired and both our borders walled. If California continues with their sanctuary ways and even threats of seceding, that may include ‘walling’ that eventual former state also. lol (Hey, ‘komrade Gavin’ keep running your mouth and transforming California into a socialist state and it could happen.)

Talk about ox goring and gnashing of teeth. I’m hearing the wailing from crazies, do-gooders and crooked politicians, lobbyists and greedy and naïve citizens just reading this. Doing what is right in a disciplined, focused, legal manner can accomplish balancing our budget with presidential and citizen pressure. Don’t confuse effort with results. A designed program to disassemble all the socialism already in our government can be accomplished with success one step at a time. It has successfully been assembled that way to slowly socialize us. Anything that can be done can be undone! It’s a matter of organizing and resolve.

Accountability must reign, requiring that budgets must be established and followed. Congress for decades has been extremely guilty of not giving a damn about budgets and spend only to support their favorite lobbyists’ or their own personal interests, which aren’t often enough constitutional.  Citizens’ needs are to be sought with their local and state governments. The Constitution states clearly that the federal government has limited powers that restrict most of what Congress wants to spend on with our tax dollars.

We Americans are where we are due to complacency. That must change because we have not been a government of, by and for the people, but have been orchestrated quietly and slowly like children by a very deceitful and dangerous establishment, ‘deep state’ if you will, into pacified beings who are lied to and that feel overwhelmed and irrelevant. 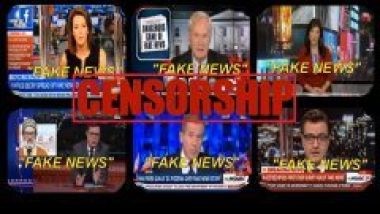 Many Americans’ political attitudes are a direct result of their steady diet of untrue propaganda fed them by the mainstream media from the strongest of poker faces with peer support. A method needs developing in law with teeth in it to challenge the fake news media habits of blatant lying, and claiming undisclosed sources without being held expediently accountable with legal repercussions being promptly meted out for violations. Slander and liable are not parts of free speech. Fake news undermining reality, is effectively damaging and is corruption that needs severely being dealt with.  Also, as damaging to Americans is their hiding actual news they oppose.

Author, Bernard Goldberg in his book ‘Arrogance’ states about big media: “We have caught them red-handed and over and over again with their bias exposed, and all they do is Deny! Deny! Deny! Only now the media have become even more brazen. Simply denying isn’t good enough anymore. Now they’re not content looking you in eye and calmly saying, ‘What bias?’ Now they’re just as calmly turning truth on its head, saying the real problem is conservative bias.

“But to deny liberal bias, the elites not only have had to brush off their own viewers, they also have had to paint their critics as wild-eyed ideologues – and then completely misrepresent what they say.”

Americans should loudly talk back to these corrupt media lackeys directly and litigate blatant lies whenever possible. Big media gets away with about anything they have the wish to get away with. After all, these days, where are the consequences? There are none. It’s evident.

Americans MUST learn to vet our news.  Always verfify!

AWAKEN TO REALITY OF SOCIALISM

America nor any other nation can withstand socialism forever.  Socialism has never succeeded in history and never will because it always depends on and always runs out of other peoples’ money. It ran out of ours a long time ago and we should not borrow any longer. Our grandchildren should be begging us to ‘patriot up’ and get America back to what brought us for their future’s sake by our demanding accountability and enforcement of laws.

WE ARE NOT A DEMOCRACY, WE ARE A REPUBLIC!

Also, quit calling America a Democracy.  We are NOT a Democracy.  A Democracy is majority rule.  Mob rule if you will.  The majority rule in a democracy can do anything they want, including taking your land and freedom any time they want, because simply, they rule unquestionably. Just like Socialism, Democracies have never succeeded either, they always succumb just like the great Roman Empire did. There are no freedoms to capitalize on.

We are a Republic, a nation of laws.  Remember your pledge of allegiance? “..and to the Republic, for which it stands…”  However, our Republic is in grave danger of sliding away into a global led socialist government run by unelected, unaccountable power elitists who know best about everything for everybody.  They are being segued into power by our treasonous politicians, fake news media, arrogant self-centered Hollywood elites and power hungry big tech.

We are truly in the mess we are in because of our complacency and our not following our Constitution.

Our Constitution is the solution!

Want to make a difference? Join The John Birch Society and get educated and start informing others.

Then pray and do all you can to keep President Trump at the helm of trying to right our ship of liberty.  There is so much hard work to be done and he is the perfect man for these times, America’s own heavyweight championship fighting President. His many great accomplishments speak loudest for him. God help us all if this treasonous cognitively impaired Biden successfully steals our election and takes America further down the path to ruination by following the treasonous vermin of the deep state, crazy socialists democrats and two-faced ‘traitor’ RINOs alike.

“I know that every good and excellent thing in the world stands moment by moment on the razor–edge of danger and must be fought for.” — Thornton Wilder