WHAT’S GOING TO HAPPEN NEXT AND WHY 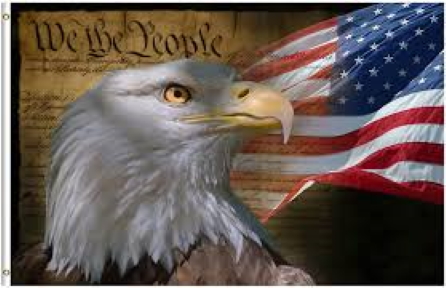 WHAT’S GOING TO HAPPEN NEXT AND WHY

And so, like many of you, I continue to try to figure out what’s going to happen next.

Lately, I’ve been at a loss as to the next step, but no more.

This is what’s been worrying me for the last few weeks: disputes over Electors are decided in the Congress by a vote of the majority, and so the re-election  of Trump through this process is doomed when the conventional party line is applied to it.

Well, it’s not quite that simple, but essentially this is true.

If a written and signed complaint by one member of each House is submitted regarding a submitted slate, then the Houses separate to vote.

But here’s the pertinent language:

“But if the two Houses shall disagree in respect of the counting of such votes, then, and in that case, the votes of the State, under the seal thereof, shall be counted.”

What this just said is that if the two Houses disagree on the validity of a submission, the Slate that is counted is the one approved under the Seal of the State, or the one approved by the governor.

This last condition – to be under the Seal of the State in the condition of the failure to agree between the Houses– is not discretionary. It is mandatory.

So, if the House votes along party lines of majority, Trump cannot win a single disputed Slate of Electors into the total. Neither will any Slate be excluded.

So, let’s think about this.

If this is the condition, why would Trump pursue a seemingly faint, if not hopeless, path virtually devoid of the possibility of success?

Well, one of the paradigms or theoretical models of all of these events is that this is a ‘sting’ operation on the part of Trump and the Military. The largest, most complex sting operation every conducted.

This might seem implausible to you, but I suggest that this might be because nothing like this has ever happened before.  This theory is substantively supported by unfolding events.

Trump renewed the Declaration of War with Iraq last June for term ending June, 2021.  This means that Trump has all wartime powers.

Many States, and perhaps all of them have already met the conditions required for the Invocation of the Insurrection Act of 1807, U.S. Code 10.  See Section 253 for a literal description of our condition in that code.  However, a requirement for its invocation is that a remedy cannot be found through ‘ordinary judicial proceedings’ and it is this requirement which is now playing out through the court system.

So Trump has enormous, essentially absolute, powers as President.  He could declare martial law legally at any moment and to any extent and on any basis which he was to be appropriate.

So why send the resolution to Congress where he has no hope of winning by any standard of common sense?

My answer is because none of this process has been about winning.  It is about exposure.

We just saw Justice Roberts exposed as a traitor, now we will get to see which members of Congress are traitors and which are patriots.

No place to hide; everything on the line; how do you vote publicly.

This is a squeeze.

Trump could win in the joint session, but only if enough Democrats in the House stand up for what everyone knows is right and enough Republicans in the Senate do the same.

Maybe enough patriotic hearts yet beat in the Halls of the Belly of the Beast.

Regardless, even if Trump should win, the election must be re-held.

There is no other possible option.