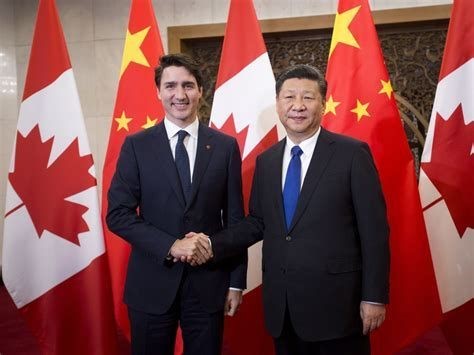 This was not a recent event, in fact, the documents confirming this winter training exercise took more than 18 months to acquire as a result of a records request. It should be noted that the Trudeau government officials were reckless by not fully redacting certain text, so the discovery was by accident really.

The documents are found here.

It is suggested to the reader to plow through the documents for context, names, dates, and locations including Wuhan (virus epicenter). 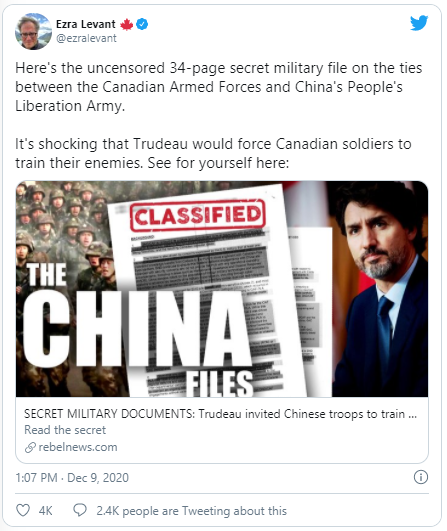 The United States raised serious concerns about having the People’s Liberation Army conduct military exercises just north of the U.S. border with a U.S. ally.

“A senior government official said Gen. Vance, on the urgings of the U.S., canceled winter exercises with the PLA and later all military interactions,” the publication added. “Gen. Vance did allow Canadian Armed Forces personnel to compete at the 2019 Military World Games held in Wuhan, China, that October.”

“That cold weather warfare that you’re referring to was just one of 18 different joint projects the Canadian armed forces had with the People’s Liberation Army in 2019 alone,” Levant said. “Canada is training one and two-star Chinese generals in our war colleges; we’re training lieutenants, and majors, commanders; we’re sending Canadians over to China; we’re bringing Chinese — I think they’re not just soldiers, I think they’re spies as well — to Canada, and I don’t know a single person in this country who knew about it, but it’s been happening, and we found out about it really by accident when the government sent me [the] freedom of information documents and forgot to black them out or maybe, frankly, someone inside the government wanted to blow the whistle on this incredibly upside-down relationship.”

“…In these memos, you can see that the Trump Administration warned Canada that this winter warfare training would transfer knowledge to China that could be used. Now, they don’t explain, would it be used to take on Uyghurs in Xinjiang, Tibetans to fight India in the Himalayas, or even to fight us? And when the military, the Canadian military, said our American allies or our allies are concerned about this, Trudeau’s staff pushed back and said, is it just the Trump Administration, or is anyone else worried about it? So, there’s an antipathy toward America that seeps through all these secret documents, and the overarching goal is to let China’s president Xi Jinping save face.” More here from DW.