THIS IS HUGE: “It’s a Real Simple Fact to Prove that There Was Massive Fraud in This Election” – Inventor of QR Code Can Prove It 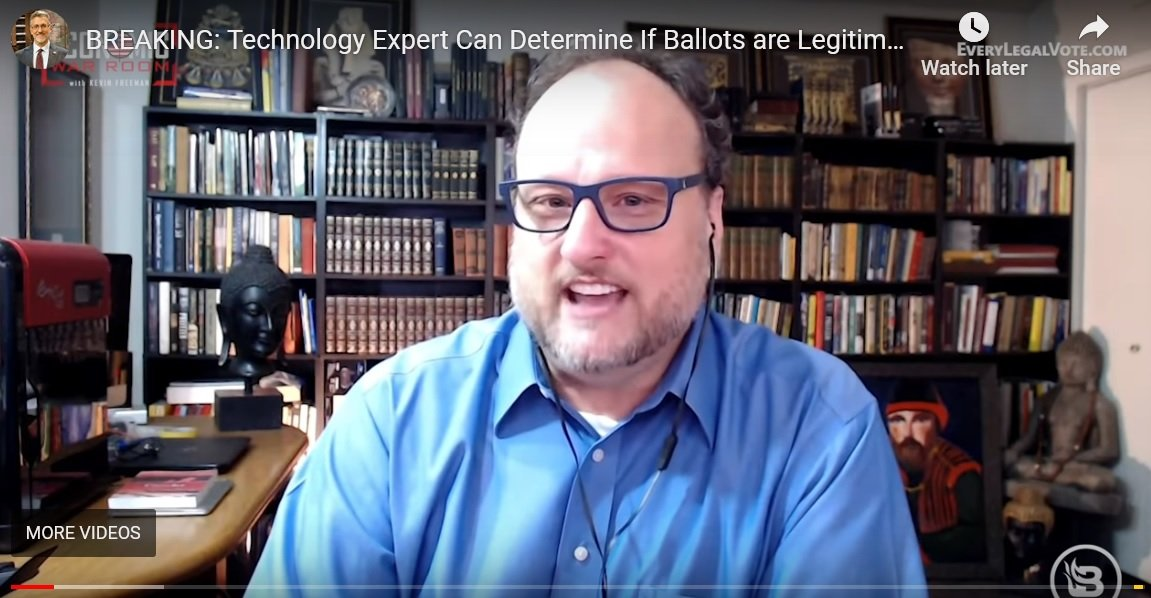 THIS IS HUGE: “It’s a Real Simple Fact to Prove that There Was Massive Fraud in This Election” – Inventor of QR Code Can Prove It

President Trump has the law and the US Constitution on his side.

Back on November 6th, only three days after the election, retired Intel Operative Tony Shaffer, said not to worry, the President has the Constitution on his side and will win the election.

Shaffer had tweeted the day before, that it was likely fraudulent ballots could be identified, and if so, they will prove that President Trump won the election.

Today we have astonishing support for Tony’s remarks. (From the Donald.win website)

IT Expert Jovan Hutton Pulitzer, the inventor of platform known as ‘QR Code‘ which is on about 12 billion devices around the globe, believes ballots can be scanned to determine validity.

When I started looking at ballots… I realized that everybody was speaking geek…It’s a real simple fact to prove that there was massive fraud in this election.

…We can take the physical ballot, the image scan of the ballot in the machine, the CVR file in the machine, and I can even take a shredded bag of ballots and do what we do. I want everybody to understand these physical ballots from the election, when they go into the machine, it basically makes a duplicate copy. That’s your property as an American citizen. We own it for 22 months after the election. And so when these courts started saying, well you can’t look at it, I realized it was all technical smoke and mirrors, to fool judges, to fool lawyers, to say oh we can’t really do it. So let me tell you how easy it is…

Listen to it all below: 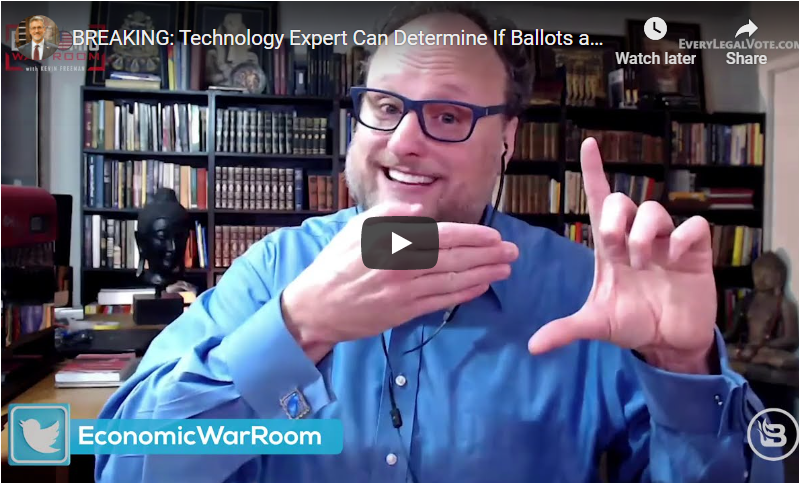