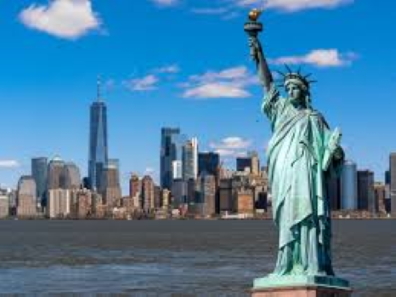 10 U.S. Code § 252 – Use of militia and armed forces to enforce Federal authority

Whenever the President considers that unlawful obstructions, combinations, or assemblages, or rebellion against the authority of the United States, make it impracticable to enforce the laws of the United States in any State by the ordinary course of judicial proceedings, he may call into Federal service such of the militia of any State, and use such of the armed forces, as he considers necessary to enforce those laws or to suppress the rebellion.

Plenary means ‘full or complete’.  There is no entity granted the power to interfere with the manner in which the State chooses to conduct its election no matter the damage to the interests of another State.  Any interference by the high Court would be disallowed by definition of the nature of State power to conduct their own election.  If the State wants to conduct an Unconstitutional election they have the power to do so and the Supreme Court has no Constitutional power to intervene and any admonition or directive would be moot and inappropriate.

However, this does not mean that the conduct of unconstitutional elections is without consequence.

The condition – that No One is discussing – is that the States which have allowed elections to proceed in an manner contrary to the laws passed by their own State legislatures have entered into willfully into an act of either passively or actively permitting a fraudulent and unconstitutional election to occur in their State.

The fact that this action has the effect of fraudulently overthrowing the existing government by illicit methods means that this is an act of treason and these States are now States in Rebellion against the Federal Government.

Please note how the conditions described in (1) of Section 253 apply specifically to the current conditions in the swing states in this election.

I would therefore not expect any such action to take place until all Court case files have reached a final and, I would expect, unsatisfactory conclusion as pertains to any corrective action being accomplished.

I don’t believe that even with explicit, overwhelming and absolute proof of treason, fraud and foreign interference in the election that the Supreme Court will be empowered to or will choose to take correction action of any sort.  The most they might do is render their opinion on the verity of the evidence and the qualities of the election process and agree generally that the election was both fraudulent and illegal. In an extreme situation, they could issue a criminal referral to the military which would have the proper Jurisdiction.

It is clear in Section 253, that only once all court proceedings are completed can the President then invoke the Insurrection Act against the 5 swing states and proceed to arrests and trials in Military Court for Treason against any and all actors active or complicit in executing an illegal election that is Treasonous in nature.

It is also clear that these States are in fact guilty of Treason in that they have plenary power over the manner in which the elections are conducted and therefore bear an absolute responsibility for that conduct which also involves a broad National conspiracy to overturn the election involving both US citizens and foreign powers.  This broad conspiracy may well be proven if Powell succeeds in simply presenting her evidence in a hearing.

Occupation of these States will enable the seizure of all manner of evidentiary items from the State Electoral systems for use in prosecutions and sentencing by the United States Military.

It is my understanding that this unfolding situation has been contemplated for a long time and a great deal of planning has gone into preparations for it.

This may be a reasonable description of how things will play out.

The President, by using the militia or the armed forces, or both, or by any other means, shall take such measures as he considers necessary to suppress, in a State, any insurrection, domestic violence, unlawful combination, or conspiracy, if it—

(1) so hinders the execution of the laws of that State, and of the United States within the State, that any part or class of its people is deprived of a right, privilege, immunity, or protection named in the Constitution and secured by law, and the constituted authorities of that State are unable, fail, or refuse to protect that right, privilege, or immunity, or to give that protection; or

(2) opposes or obstructs the execution of the laws of the United States or impedes the course of justice under those laws.

In any situation covered by clause (1), the State shall be considered to have denied the equal protection of the laws secured by the Constitution.