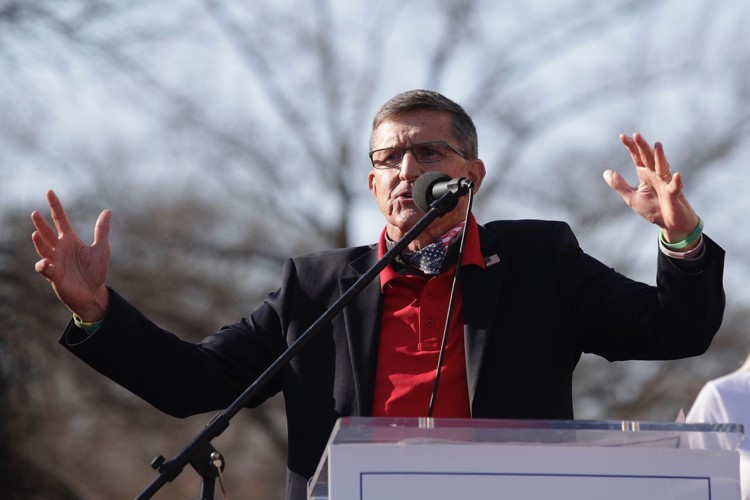 The Left and the global elites were wrong if they thought the American people would simply call it quits and go home.

Thousands of President Trump’s supporters filled the streets on Saturday, raising their voices about voter fraud in the 2020 election that they say was responsible for turning a Trump victory into a Joe Biden win.

Patriots from around the country poured into the nation’s capital for two separate rallies — the Million MAGA March and Women for America First. The former was held around the Sylvan Theater on the National Mall, near the Washington Monument. The permit was issued for a demonstration on “election integrity.” The latter took place on Freedom Plaza and then involved a march to the exterior of the Supreme Court.

Meanwhile, a “Refuse Fascism” anti-Trump group scheduled a counter-protest called “Trump: You Lost. Get the Hell Out!” in Black Lives Matter Plaza at noon.

Speaking at the Women for America First rally was Lt. General Michael Flynn, President Trump’s former national security advisor. He told the crowd he was certain President Trump will prevail in his efforts against voter fraud and secure a second term.

“When people ask me on a scale of 1 to 10, who’s going to be the next president of the United States? I say: 10, Donald J. Trump … without hesitation,” said Flynn, whom the president pardoned last month after pleading guilty in 2017 to spurious and politically-motivated charges of lying to the FBI about his contact with a Russian ambassador.

“The fraud that is being perpetrated on the United States of America through this previous election is outrageous,” Flynn told those gathered on Saturday. “It’s outrageous. We will not accept it.”

He added that “The courts aren’t going to decide who the next president of the United States is going to be. We the people decide.”

“In 2016, they had this thing called the resistance, do you remember that?” Gorka told the crowd. “You haven’t seen a resistance until patriots show up to defend the republic.”

Internet personality Alex Jones was present at the Million Maga March, where he stated that Joe Biden “will be removed one way or another.”

“So I don’t know who’s going to the White House in 38 days but I sure know this — Joe Biden is a globalist and Joe Biden will be removed one way or another.”

President Trump himself flew above the rally in Marine One while on the way to the Army-Navy football game at West Point, New York. 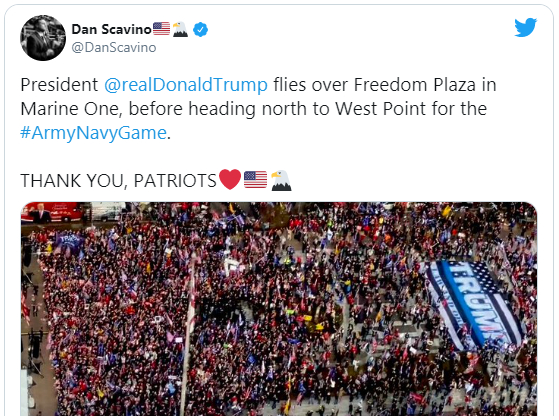 After night broke, fights broke out between radical Antifa and supporters of President Trump, including the Proud Boys. A total of 23 people were reportedly arrested.

Tweeted videos show an Antifa protester allegedly stabbing Trump supporters; the man was captured by police after the Trump supporters retaliated and took him to the ground. 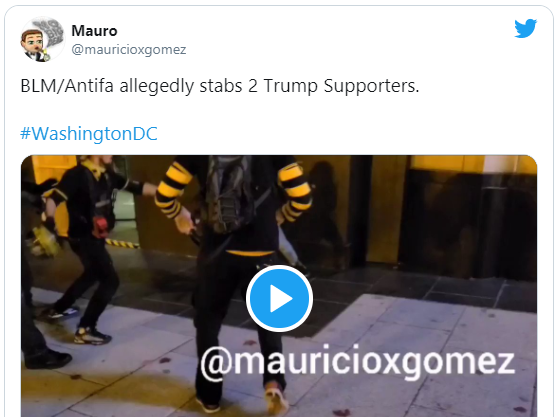 Police separated the groups, shut down traffic in parts of downtown D.C., and sealed off Black Lives Matter Plaza near the White House.

The Saturday rallies came a day after the Supreme Court dismissed a lawsuit filed by Texas and joined by 17 other states that challenged the election in Georgia, Pennsylvania, Michigan, and Wisconsin for their alleged unconstitutional voting changes going into the 2020 election.

One thing is for certain: Despite the best efforts of the media (mainstream and social) to convince Americans that there was no voter fraud in the election, the people aren’t buying it. The truth is getting out, and massive crowds of patriots who want to salvage their republic won’t be going away any time soon.