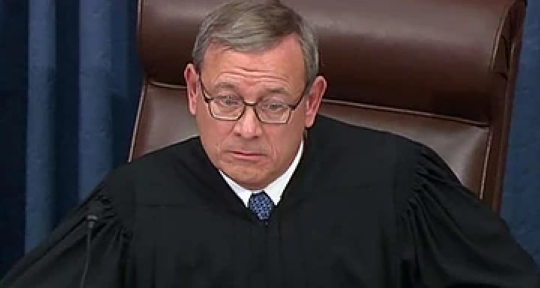 In our article Unconventional Warfare – The Democrat Plan To Oust Trump, we explained the timeline, steps and phase lines Democrats and their Far Left allies would use in an extra-constitutional effort to drive President Trump from office.

While we didn’t get every detail right in our prediction, one of the key steps we identified was for the courts to step-in and arbitrarily overturn existing election laws to enable Democrats to count votes until they win, especially in battleground states controlled by Democrats, such as Pennsylvania:

The extension was created by the Democrat-controlled Pennsylvania Supreme Court which essentially re-wrote Pennsylvania election law at the behest of the Pennsylvania Democratic Party.

It was that kind of arbitrary, capricious and corrupt non-legislative rewriting of election laws by administrative officials and judges that was the core complaint in the recent lawsuit Texas filed versus Pennsylvania, Georgia, Wisconsin, and Michigan.

The Supreme Court, led by Chief Justice Roberts, refused to even hear the arguments put forth by Texas; “Texas has not demonstrated a judicially cognizable interest in the manner in which another State conducts its elections,” the court wrote in an order refusing the case.

Justice Samuel Alito, joined by Justice Clarence Thomas, wrote that in their view the court does “not have discretion to deny the filing of a bill of complaint in a case that falls within our original jurisdiction.”

But the two said that while they would have allowed the filing of the complaint, they would not have granted Texas, any of the relief they sought.

So, here’s the bottom-line question: Article IV, Section 4 of the Constitution says, “The United States shall guarantee to every State in this Union a Republican Form of Government, and shall protect each of them against Invasion; and on Application of the Legislature, or of the Executive (when the Legislature cannot be convened) against domestic Violence.” If a State or States conduct elections in a corrupt or undemocratic fashion, so that they become in essence one-party States, who can invoke the “republican form of government” guarantee?

What the Supreme Court said in dismissing the Texas case without a hearing on the merits is that no State can object to corruption in any other State’s elections, and the implications of that view are almost too frightening to imagine, but imagine them we must.

Imagine then that over the course of a few years narco-terrorists corrupted the elections in States with 270 Electoral College votes, much as they have done in many of the States that make-up the Republic of Mexico. Who could object?

Or imagine that, after being corrupted by the influence of a foreign power, say Communist China, the election officials in States with 270 Electoral College votes changed the rules to ensure the election of the candidate favored by the Red Chinese. Who could object?

Taken at face value the Supreme Court’s decision, or rather refusal to decide, seems to indicate no one can object and that corrupt or corrupting practices in any State or States must be allowed to stand unchallenged by any other State.

Those who like the Supreme Court’s decision in the Texas case will of course answer that it is the federal government that enforces the guarantee of a “republican form of government” but as we saw in the post-election litigation in Pennsylvania, where local officials are alleged to have ignored federal court orders regarding transparency of ballot counting and observation, that federal guarantee is meaningless unless enforced.

The dismissal of the Texas case is a sure recipe for continued election chaos, if not a spark to ignite what amounts to a civil war.

The goal of this chaos strategy is to bring the conduct and results of elections inside the “margin of chaos,” where undemocratic means of counting votes attributable to legal voters will determine the outcome. Crucial to this State-by-State strategy to undermine our republican form of government is to fundamentally change the way American elections are conducted by eliminating in-person, ID checked voting and substituting unverifiable mail-in ballots or online voting.

Conservatives must come to grips with the reality that for the new radical progressive Democratic Party politics is warfare, and the only rule in war is to win.

If the Supreme Court refuses to accept cases that could peacefully resolve disputes between the States as the Founders intended it to do, and if the federal government is incapable of enforcing the constitutional guarantee that each State shall have a republican form of government, elected through free and fair elections, then when States are taken over by anti-constitutional forces what remedy short of civil war is left to the States that remain loyal to the original constitutional order?