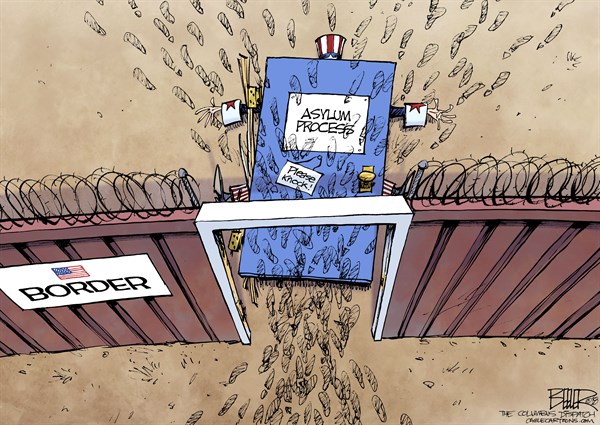 Illegal immigration continued to increase through November largely due to smugglers fueling perceptions that U.S. borders will be open under the incoming Biden administration, Customs and Border Protection announced Monday.

Around 70,000 enforcement actions, including more than 61,000 run-ins with single adults, occurred in November 2020, a 64% increase from November 2019, Acting Commissioner Mark Morgan said. He said if the Biden administration does what it says it will, then the U.S. will experience a crisis at the border.

“The message you’re sending is clear and simple – we have open borders,” Morgan said. Smugglers are telling vulnerable migrants that the U.S. border will be open and that loopholes will return making it easier for them to illegally enter the U.S. to obtain free health care and other benefits, Morgan added.

“It’s been very clear what they say they’re going to do – if those valves are turned on completely, you will see a full-blown crisis within a couple of weeks,” Morgan said.

The Biden administration has said it won’t build “another foot” of the border wall, which would terminate existing contracts and cost taxpayers billions of dollars, according to Morgan.

“This is much more than just a wall,” Morgan said. “This is about a multi-layer strategy that has demonstrated its value every day”

Morgan has yet to meet directly with the Biden transition team due to strict protocol, though CBP teams have met with the incoming administration.

CBP anticipated an increase in illegal immigration from Central America due to COVID-19 and worsening economic conditions, Morgan said. However, neither a global pandemic nor economic hardships constitute valid asylum claims.

Before a new network of policies were introduced, CBP caught and released 230,000 illegal immigrants into the country annually, according to Morgan. Since the end of catch and release, officials have encountered fewer family units attempting to immigrate illegally.

“Children can no longer be exploited as tickets into the U.S.,” since the end of catch and release policies, Morgan said. However, officers are encountering over 150 unaccompanied alien children (UAC) daily.