How Trump Can Remain In Office No Matter What 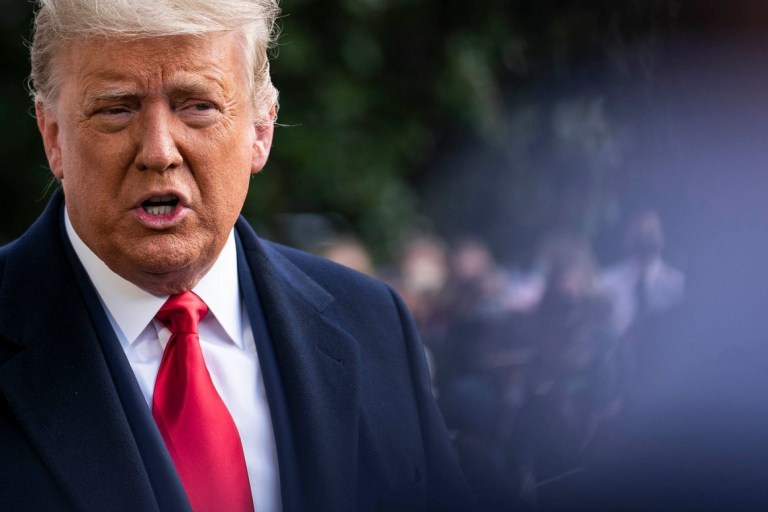 How Trump Can Remain In Office No Matter What

Texas Republican Attorney General Ken Paxton has filed suit to overturn the election results in Georgia, Michigan, Pennsylvania, and Wisconsin, and hand the presidential election over to Donald Trump. But what if that doesn’t work? What if the corrupt Chief Justice John Roberts figures out a way to kill the legal action or avoid what the facts require? What does Trump do then?

Trump and his family and various Republicans have raised tens of millions of dollars to overturn the election fraud. Will all of that money be wasted because Republicans were incapable of guarding against election theft? Trump’s supporters don’t want to be saddled with a “presidential occupant” by the name of Joe Biden whose days are numbered in the oval office because of his rapidly progressing onset of dementia.

Vic Biorseth has the answer, articulated in his “Open Letter to President Trump Recommending Election Nullification,” and published on his Catholic American Thinker web site. Trump must stay in office and nullify the fraudulent results through executive power.

Vic is an ordinary American who served his country in the military and is not happy about the prospect of the backers of China Joe Biden staging a coup and taking control of the executive branch. Appealing to Trump, he writes, “If state governments, the US Congress and the US Supreme Court fail to act to overrule the corrupted and defrauded election results in several if not all American states, then it falls on you to act in your capacity as the chief law enforcement officer in the American government to do so.”

It sounds radical to some, but what would the Courts and the legislative branch do about it? They would, of course, scream and yell. The RINOs like Mitt Romney would act horrified. Former CIA man and Attorney General Bill Barr might resign. Who cares?

In the same way that Lincoln used executive power to hold the country together during the Civil War, Trump can do the same. Let Joe Biden take a trip to California to declare himself president. Let him be president of California, Oregon, and Washington State.

I am on many email lists, including those of Trump, and I have just received another appeal for funds, declaring, “This may be the most important email I ever send you.” Trump goes on to say, “I want to provide an update on our ongoing efforts to expose the tremendous voting irregularities that took place during the ridiculously long November 3rd Election. As President, I have no higher duty than to defend the laws of the Constitution of the United States. That is why I am determined to protect our Election system – which is under attack – but I cannot do it alone. I need YOUR HELP.”

The key phrase is that, “As President, I have no higher duty than to defend the laws of the Constitution of the United States.”

If the Court guts the Paxton lawsuit, does the president’s oath to defend the Constitution suddenly evaporate? No way. That’s when Trump must step up to the plate and declare that his authority is on an equal par with that of the Supreme Court. On that basis, he stays in office and prevents the phony “President-elect” Joe Biden from assuming power.

As Vic Biorseth puts it, “In adjudicating the Marbury v Madison case the Supreme Court established the principle of Judiciary Review, quite properly declaring a legislated law to be unconstitutional, null and no law. The Presidency and the Congress have precisely the same power to nullify anything that is unconstitutional. The fact that they have never done it yet does not mean that they cannot do it.”

Vic Biorseth is not a lawyer but he has common sense and the ability to understand what is at stake. He also knows that the presidency is not to be given away because of massive fraud. He explains, “The Constitution nowhere grants any of the three coequal branches of government any interpretive authority over itself that is in any way superior to the interpretive authority of the other two branches.”

That means Trump’s interpretation of his powers is as valid as any other. And based on the Lincoln precedent, a beloved leader, it is the right one in this case.

Biorseth concludes: “Any time before a fraudulently elected candidate is inaugurated, while you are still President, if the state governments, the Congress and the Supreme Court have failed to overturn this fraudulent election, then, you must overturn it, and let the fur begin to fly. You can nullify it by simply declaring it to be unconstitutional, null and void, thereby establishing a new Constitutional Principle of Presidential Review.”

In his open letter to Trump, he then adds, “You can and should demand that Congress set a new date for a new election, requiring only paper and pencil ballots, only absentee ballots allowed, and with a one-day voting restriction.”

If the Paxton lawsuit fails, because of political considerations, secret pressures, or other factors raised by John Roberts and the liberal judges, this is the only way forward, except for an actual declaration of martial law.

People are not contributing tens of millions of dollars to Trump’s Election Defense Fund just to see him walk away from the oval office if the “High Court” rules against him on spurious grounds. That’s when Trump must exercise his constitutional authority to stay in office until a fair and honest election is held. Anything less would be a dereliction of duty.

Trump must not in the end bow down to the lawyers. He must save the nation no matter what. Otherwise, his legacy will forever be tainted and his voters totally disillusioned.

*Please go to Cliff Kincaid’s YouTube channel and watch his videos on election fraud before more of them are censored.