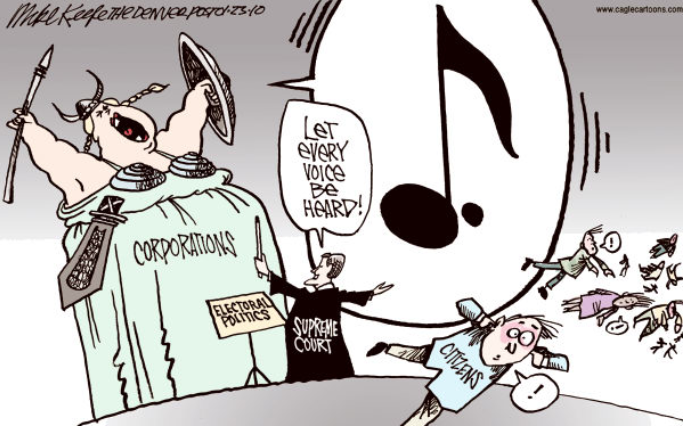 The World Economic Forum (WEF), through its corporate partnerships, has a plan to indoctrinate every citizen on its Great Reset agenda.  According to the WEF, we must all live sustainable lives, with equality in all aspects of life, and that as a result, life will be much better for all.  What isn’t mentioned is that it will be corporations, elitists, and most importantly technocrats who will be making the decisions on exactly how this utopian world will work.  Corporate propaganda and indoctrination have been prepping the common people on this for years, enough to the point where the masses have bought into this group think about sustainability.

Created by the United Nations (UN) in 1992, Agenda 21, and its expansion through the Agenda 2030 Sustainable Development Goals (SDG), have led to WEF’s ability to execute its Great Reset initiative.  Global corporations that are members of both the UN and WEF are fully on board to advance this initiative.  Through corporate influence, smaller businesses will be forced to comply.  If not, those smaller businesses will be forced out, currently underway.

There are eighteen WEF platforms covering every aspect it intends to change in the world, one of which is Shaping the Future of Media, Entertainment and Sport.  This is the platform used for propaganda on sustainability, how society needs to reset their lives and what needs to change for sustainable living, and what WEF predicts for the future.  Other ominous aspects to this platform are the censoring, banning, and revision of information, not only through corporate advertising but also through its partnerships with media outlets such as Facebook, Google, the New York Times, and many others.

In July, 2020, the WEF released a white paper, Building Back Better: An Action Plan for the Media, Entertainment and Culture Industry, outlining its objectives.  Described as an “ecosystem” industry, emphasis is placed on businesses being responsible for accelerating its digital transformation which meets the WEF 4th Industrial Revolution goals.  In turn, the “global” SDGs will be supported by building “sustainable partnerships” that will establish “sustainable governance”.  In essence, this document is a blueprint for media and entertainment industries and how sustainable ideology is incorporated into business practices.

Multi-national companies joined together to form the World Federation of Advertisers (WFA).  Its leaders are from various industry sectors, with many of its corporate members already WEF partners.  WFA is closely aligned with the UN as well, including the World Health Organization (WHO).  As an example, WFA and WHO have worked together,  manipulating advertising that targets children’s eating habits.  The United States Association of National Advertisers (ANA) is also a WFA member.  Regulatory actions for privacy and data protection for key markets are even being discussed between the WFA and the United States.  If it has ever been pondered where ideological advertising originates, look no further than the WFA.  All of this advertising has been strategically designed to influence society on sustainable living based on the SDGs while influencing other businesses to do the same.

WFA isn’t the only nefarious advertising group in this cartel, it also founded the Global Alliance for Responsible Media (GARM) which is championed by the ANA CMO Growth Council for societal good, which will scale up WEF  efforts in Shaping the Future of Media, Entertainment and Sport Platform.  In particular, this partnership addresses “harmful and misleading media while protecting consumers and brands” and “ensure that consumers and their data are protected online within a healthier media ecosystem.”  In other words, they will be the watchdog and control what information is allowed for publication and what the public is allowed to know.

GARM members include advertisers, media companies and platforms, and industry organizations, and will also address harmful media environments including disinformation.  Through its media partnerships, this control over information is already occurring with censorship, banning, and fact checking.  Not to be left out, the WEF has its own Global Digital Content Safety project that highlights “best practices for processes of categorizing, detecting, reporting, and governing content”, again for “social good“.  One WEF project that highlights these efforts is on vaccine information as vaccine resistance is considered a major threat to public health, businesses, and the economy.  Business leaders will have a critical role in building vaccine literacy and confidence in the public.  Expect more difficulty in finding vaccine information contrary to what the WEF believes you should know.

WFA believes that that GARM is the best vehicle for “driving lasting change in the behaviour” and conditioning society to adopt the SDGS.  The whole purpose of this initiative is just for these reasons.

In its 2019 annual report, WFA lists global corporations involved in this propaganda effort, using methodology that is probably as good as by Joseph Goebbels or Ministry of Truth in 1984.  Instead, it will now be the WFA and its partners, under the direction of the WEF, providing media governance and guardianship.

Information and reality will now be governed by WEF with its corporate and advertising partners.  Already involved with the UN, at an early age Sesame Street will begin teaching children about the Great Reset.  Children in elementary and secondary education will receive further propaganda through Pearson, a UN and WEF partner, by integrating both the SDG and Great Reset ideology into textbooks.  WEF has a McGraw Hill board member to influence content in those texts.

Along the way for everyone, other forms of media will contribute to the spread of the Great Reset propaganda.  Print magazines such as Time have already begun the task of promoting the Great Reset while the New York Times assists in spreading the word.  Others such as News Corp, UN Global Compact, and UN World Business Council for Sustainable Development (WBCSD) members and partners capture most other media.

The written word isn’t the only media outlet being used, there is also Netflix, Comcast NBCUniversal corporation, and AT&T owned CNN outlets that ensure only proper information is given to the public.  WEF controls entertainment messaging and what news will be embellished or even allowed.  It is already known You Tube is banning videos, expect more banning in the future.

Meanwhile in Congress the WEF is firmly embedded.  Congressmen Adam D. Kinzinger, Mark Meadows and Senators Brian Schatz, Susan Collins, and former Senator John McCain are just a few of the quislings that are stabbing America in the back.  In the WEF Forum of Young Global Leaders Congressional members Dan Crenshaw, Tulsi Gabbard, and Joseph Kennedy III have joined the insurrection.  As with brainwashing children, this organization has a mission “to create a dynamic global community of exceptional people with the vision, courage and influence to drive positive change in the world.”  It is disheartening that veterans, who swore an oath to the Constitution, and who have influence in the federal government, are participating in an organization that undermines and bypasses the very foundation of the Constitution.

It isn’t the biased media that is the problem, it is the WEF through its control of media that is driving the narrative, the new Ministry of Truth.  Corporate partners are just the vehicle by which the propaganda is delivered, the new pseudo Winston Smith.  As seen during this tumultuous year, America’s history is slowing being dissolved, and there will come a point in time where those who are old enough to remember America’s history will no longer be present to pass it on.  What will be left is only WEF words on the world being created for us.  A virus has been far more successful in advancing this agenda than climate change, and the WEF will never allow any return to “normal.”

The masses have been deceived successfully and we are now at a crossroads of either protecting America from further extermination, or fighting for its survival.