What You Don’t Know about Idaho’s Attorney General, Lawrence Wasden 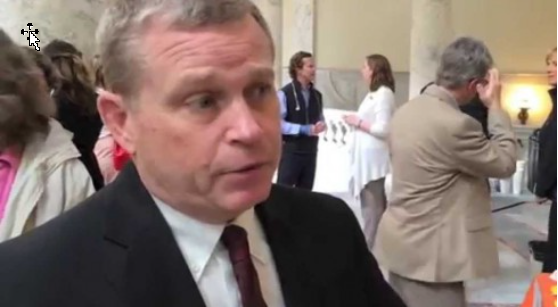 What You Don’t Know about Idaho’s Attorney General, Lawrence Wasden

When you realize what Lawrence Wasden is part of, you will have a better understanding of why he comes down on the wrong side of the issues as frequently as he can politically get away with.

The information here just scratches the surface. The deeper you dig, the more alarmed you will become. Click through the links and verify what I easily found.

“The Aspen Institute-Rodel Fellowships in Public Leadership program seeks to enhance our democracy by identifying and bringing together the nation’s most promising young political leaders.”

“These men and women represent the very best among the new generation of America’s political leadership,” said former Congressman Mickey Edwards, the program’s director who recently taught at the Woodrow Wilson School of Public and International Affairs at Princeton University and who is a member of the infamous global government-promoting Council on Foreign Relations (CFR). “There are now some 200 Rodel Fellows, at all levels of government.”

“Our goal is to work with the young men and women who will be America’s top leaders in the next decade, whether at the federal, state, or local level—those who now serve as, say, governors or members of Congress and are poised to move either to another level of government or to a new leadership position within the same institution—as well as those who have proven a commitment to running for office.”

“Our goal is nothing less than to begin a reshaping of the American political dynamic,” said the program’s primary funder, William D. Budinger, an Aspen Institute Trustee and president of the Rodel Foundation. It is expected that Fellows will share with other public officials the insights gained through the Fellowship.

“The new fellowship program will be absolutely essential to focusing our political leadership on democratic values,” said Bill Mayer, “especially those who are just beginning their careers, whose ideas and values are still taking shape.” Mayer was Chairman of the Aspen Institute from 2000 to 2008 and is currently on its Executive Committee. He is also a CFR member.

A perusal of The Aspen Institute’s Magazine leaves no doubt about their left-leaning agenda and influence on all levels of government. One story even boasts, “Aspen Fellows Take Over the Presidential Cabinet:” President Barack Obama has nominated five Aspen Global Leadership Network Fellows to serve in the US Cabinet concurrently. “As they ascend to these new offices, they personify the central goals of the Institute’s Fellowship programs.”

Like the CFR, the Aspen Institute is involved in numerous subversive schemes to undermine our Constitutional Republic, supporting and promoting numerous un-American ideas and efforts such as:

They’ve also given platforms to globalist and environmental extremists such as Maurice Strong, Al Gore, Robert Craig, Dan Rather and Mikhail Gorbachev.

The long and short of it is that Lawrence Wasden should come clean of his involvement in un-American circles, denounce the Aspen Institute, renounce his Rodel Fellowship status and embrace the principles of liberty and limited government — if he wants to regain the trust of Idahoans who are rightly concerned about the direction our country is being led.

** Bill Clinton is one of the best known Rhodes Scholars. “Known as an old and prestigious international graduate scholarship, the Rhodes Scholarships are administered and awarded by the Rhodes Trust, which was established in 1902 under the terms and conditions of the will of Cecil John Rhodes, and funded by his estate under the administration of Nathan Rothschild. Rhodes wanted to expand the British Empire because he believed that the Anglo-Saxon race was destined to greatness. In his last will and testament, Rhodes said of the British, “I contend that we are the finest race in the world and that the more of the world we inhabit the better it is for the human race. Just fancy those parts that are at present inhabited by the most despicable specimens of human beings what an alteration there would be if they were brought under Anglo-Saxon influence, look again at the extra employment a new country added to our dominions gives.” He wanted to make the British Empire a superpower in which all of the British-dominated countries in the empire, including Canada, Australia, New Zealand, and Cape Colony, would be represented in the British Parliament. Rhodes included American students as eligible for the Rhodes scholarships. He said that he wanted to breed an American elite of philosopher-kings who would have the United States rejoin the British Empire. He believed that eventually the United Kingdom (including Ireland), the USA, and Germany together would dominate the world and ensure peace.” -Wikipedia. A better explanation is found here: http://www.thenewamerican.com/world-news/item/16639-salon-article — the Rhodes Scholarship program is a way of identifying potential elite players to enlist in the effort, kind of like the Aspen Institute-Rodel Fellowship.