Georgia Is Our New Normandy 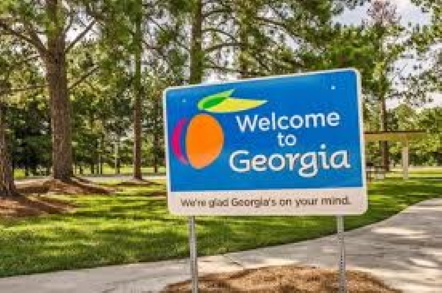 Georgia Is Our New Normandy

I was hesitant to watch the Kelly Loeffler-Raphael Warnock matchup last Sunday, because I didn’t think I could sit through another Democrat infomercial posing as a debate.  I’m happy to say, however, that I was pleasantly surprised, because unlike the presidential debates, the C-SPAN moderators were actually professional and fairly well balanced with their questions.

Above all, they had no trouble controlling the event, unlike that horrid little weasel, Chrissy Wallace.  Comparing the performance of the C-SPAN moderators to Chrissy’s childish, on-air hissy fits should have made the top execs at Fox News ashamed of themselves, but don’t hold your breath.  Who could have ever imagined a time when C-SPAN would make Fox News look like a small-town television station?

Which brings me to the two candidates in last Sunday’s Georgia debate.

Not much to say about Raphael Warnock.  He’s just your run-of-the-mill American-hating preacher, a classic thug cut in the mold of his thug role models — Barack Obama, Jeremiah Wright, and Louis Farrakhan.  Like any good Democrat, Warnock dodged most of the questions, especially the most crucial one about whether or not he was in favor of packing the Supreme Court.  As to those few questions he did answer, it was, of course, lies, lies, and more lies.  It’s a sad commentary on America that a cretin like Warnock is able to get himself in position to run for high office.

Kelly Loeffler wasn’t quite as bad as Warnock, but she wasn’t very good, either.  First, dutifully following her handlers’ not-so-clever instructions, she immediately labeled her opponent “radical liberal Raphael Warnock.”  Which was fine — the first half-dozen times she did it.  But there comes a time when it’s wise to heed Shakespeare’s warning about protesting too much.  Everyone watching, on both sides of the fence, already knew that Warnock was a radical liberal, which is why it was not necessary to repeat it ad infinitum.

It got so bad that after a while I was embarrassed for Loeffler, and many Republican voters probably found it insulting to their intelligence.  It was like she was talking down to them and saying, “Look, folks, I’m concerned that you may not be smart enough to understand what I’m trying to tell you, so listen up:  Raphael Warnock is a radical liberal!  Got that?”

Loeffler’s second black mark comes from dodging too many questions, which made her look like a typical politician.  It’s amazing how no sooner does a person enter the political arena, they become tongue-tied whenever they’re asked simple questions.  Which is one of the many things that makes Donald Trump different.

Worst of all, like most of her fellow RINOs, Loeffler passed on the opportunity to make it clear that she supports President Trump.  When the moderator asked her if she stood with Trump or Georgia governor Brian Kemp, with whom Trump has been feuding, she looked like she was about to go into septic shock.  It was the perfect opportunity for her to invoke the words of Mitch McConnell’s wife, Elaine Chao, when she was asked by reporters what she thought of President Trump’s criticism of her husband, to which she replied, “I stand by my man — both of them.”  Now that’s cool.

It’s amazing how difficult it is for most Republicans to speak, without hesitation, the six most terrifying words in America:  “I unequivocally stand with President Trump!”  They’re so dumb that they still don’t understand Trump’s record-breaking popularity and that their chances of winning their next election are not decreased by standing with the president, but increased.

All this aside, the most important message the Trump team should focus on for the upcoming Georgia election is this:  Forget about whatever it is you might not like about Loeffler or Perdue, forget about Loeffler’s shady stock transactions, and forget about the fact that Perdue screwed up by refusing to debate pajama boy Jonny Ossoff, because none of those things matter.

Let us not be naïve:  Government is a criminal enterprise, and the vast majority of politicians are corrupt and vile human beings.  Which is why, for the sake of your mental and physical well-being, you should ignore everything they say and do.  Folks in Georgia had better ignore the warts on the butts of Kelly Loffler and David Perdue, and cast their votes for the survival of their families.  Which means voting against the pajama boy and the thug preacher on January 5.

Make no mistake about it, Georgia is our new Normandy.