Lockdowns and Other Madness 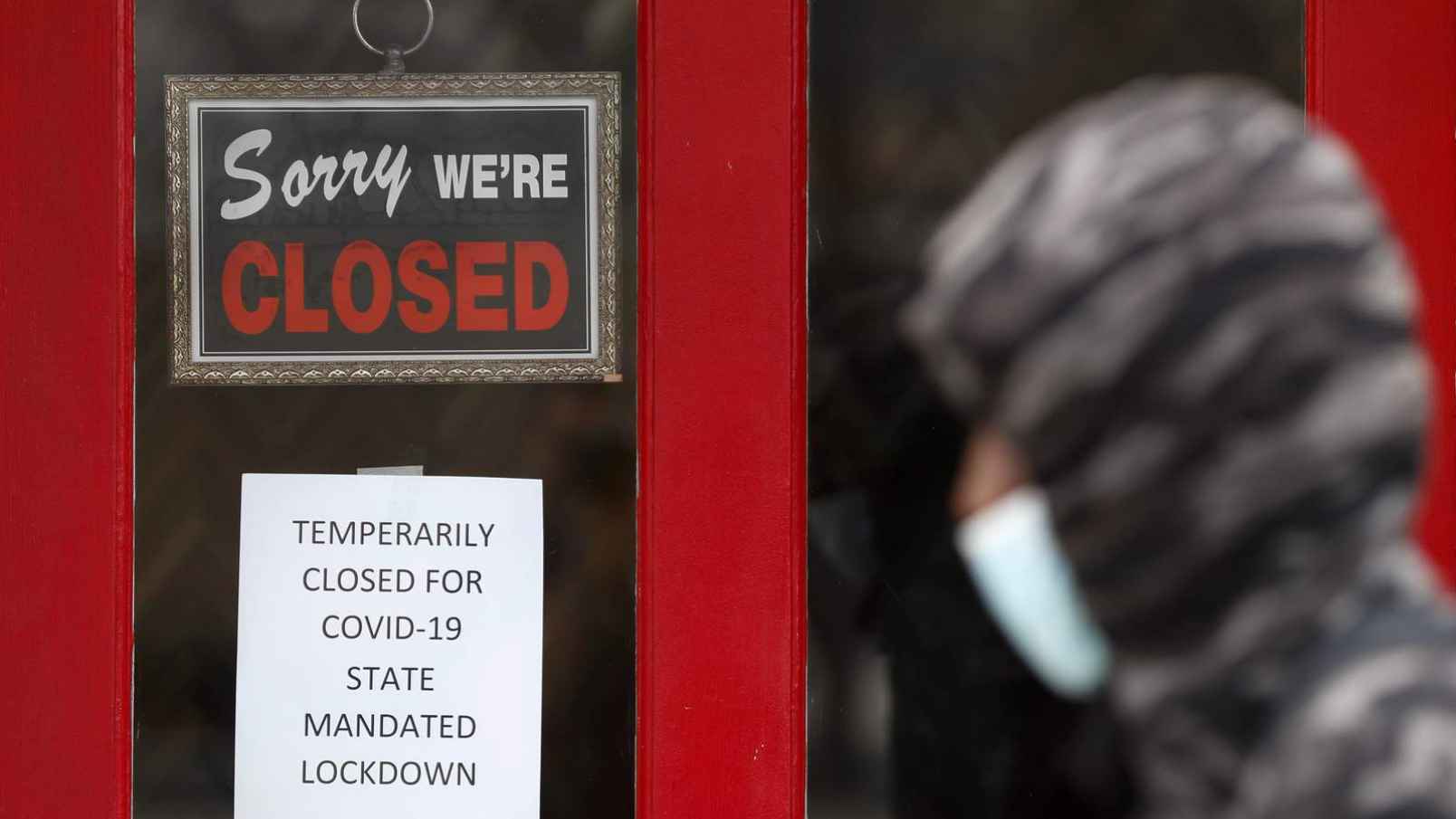 Lockdowns and Other Madness

The coronavirus changed everything.

Historians of the future will look back on the pandemic of 2020 as the occasion for one of this country’s worst unforced errors ever. The policies that the blue state mayors and governors of our most populous cities and states enacted were equal parts hysteria and politics, all the while they were touted as “following the science.” The lives of millions have been damaged, the economy willfully stalled, and a presidential campaign tainted with electoral fraud.

No enemy could have dreamed up a more insidious and devastating attack than those policies and their consequences, the ramifications of which will last for years––businesses lost, children harmed by isolation and their educations being interrupted, and the “deaths of despair” from depression, drug and alcohol abuse, unemployment, and domestic violence that typically follow economic depressions and natural disasters.

This disaster happened not just because the virus was new and its nature unknown. It soon became apparent that politics was driving the response. The progressive Democrats and Republican NeverTrumpers have for four years stewed in their bitter, irrational anger over losing the presidential election to an outsider like Donald Trump, who sneered at their technocratic pretensions, hypocritical “democratic norms,” and long record of policy failures both at home and abroad. He smashed the cognitive elites’ received wisdom and hypocritical “principles,” challenging the foundations of their power and influence.

So they set out to destroy him. They corrupted our federal investigative apparatus, jumped Constitutional guardrails, and fed anonymous mendacious leaks to a compliant media.  When the “Russia collusion” canard collapsed, they turned to preposterous articles of impeachment that quickly imploded in the Senate. But nothing worked.

The establishment failed because Trump succeeded. At home the economy was roaring. Unemployment was down to historic levels, wages were increasing, the stock market was booming, consumer confidence soaring. In less than one full term Trump had accomplished what 8 years of the Obama-Biden regime and its stable of technocrats couldn’t.

And to add insult to injury, he succeeded abroad as well. He challenged China on its violations of global economic regulations codified in the World Trade Organization, and called out publicly their role in obscuring the existence and source of the coronavirus, allowing it to become a global pandemic. He left the Iran deal and imposed maximum economic pressure of the mullahs, bringing them to the brink of collapse. He abandoned the Paris Climate Accords, which would have seriously punished our economy and let the world’s biggest producer of CO2, China, free to build coal-fired electricity plants.

Most galling for the ossified foreign-policy establishment, he accomplished what 70 years of institutional doctrine had said was impossible: engineering a rapprochement between Israel and Sunni Arab states without first creating a Palestinian Arab state––and doing so without the widespread wars and violence that the foreign policy maven hysterically predicted after every move, from moving the embassy to Jerusalem, to killing Iran’s most effective generalissimo of terror Qasem Soleimani.

Then just as their latest attack, impeachment, was failing and the presidential primaries kicking into high gear, along came the Chinese virus. Here was a perfect crisis, one the Dems were not about to let go to waste. Unrestrained by their own hypocrisies and contradictions in everything they said and advised about the virus, they weaponized the pandemic to damage the president. Their spaniel media hyped the threat and obsessed second by second over the numbers of dead and infected. They stoked hysteria and panic with flawed models based on incomplete assumptions.

It made no difference that their eventual candidate, Joe Biden, could only recommend policies that Trump had already implemented. Or that most of the dead resided in deep-blue states and cities like New York. Or that almost half the dead were in nursing homes, thousands of whom in New York had been ordered there by their Democrat governor. Or that the virus rarely killed people under the age of 65. Or that those who died were typically in their 80s or older, and were already dying of comorbidities like heart disease. Or that Trump made critical, life-saving decisions like banning flights from China, and creating the Warp Speed program to have a vaccine ready for distribution within one year rather than five––a goal that’s been achieved.

No, the party that “believes in science,” as the smug, preening lawn-sign has it, wasn’t interested in facts. It was interested in regaining power “by any means necessary.” So along came the lockdowns, which would disrupt people’s lives, damage their children, destroy their jobs, shut down travel and recreation, and even banish them from their houses of worship while pot dispensaries stayed open and rioters congregated. But most important, it brought to a halt Trump’s most effective campaign theme–– his rescue of the economy from the dirigiste doldrums created by the Democrats and their big-brained economists who predicted that GDP annual growth would never rise above 2%.

And don’t forget the riots, looting, and vandalism fomented by left-wing outfits like Black Lives Matter. The endless, hysterical coverage of the telegenic violence contributed to the widespread sense of unease and fear that typically blames the president, the one government official of seemingly immense powers with whom the buck always stops no matter how unfairly.

But most important for the election’s outcome, assuming the Electoral College elects Joe Biden, are the lockdowns caused by the virus. For years, the Democrats have been demagoging on “voter suppression,” the lie that election regulations intended to protect the integrity of our votes were rigged to keep black people from voting. So we were lectured that requiring a photo I.D., something easy to acquire and necessary for visiting a doctor, getting on a plane, or entering a federal building, was racist and kept black people from voting. Of course, no evidence has emerged that shows black people are incapable of securing a photo I.D., or can’t figure out how to find a polling place or fill out a ballot, or otherwise kept from voting by anything other than their own inclinations. But such insulting and patronizing assumptions were necessary to flog the crisis of “voter suppression.”

The coronavirus changed everything. Mail-in ballots have long been proposed as a way to mitigate “voter suppression.” But states have generally shied away from them because they are prone to voter fraud such as “ballot harvesting,” the practice of allowing third parties to collect and deliver mail-in and absentee ballots. But the panic over the virus, and the exaggerated risks for most healthy people of contracting it or suffering serious complications, created the perfect moment to expand mail-in balloting and reap the advantages of electoral fraud. So far numerous instances of such skullduggery have been documented in the recent presidential election, with very real likelihood that such fraud tipped the scales towards Joe Biden.

But we can’t ignore the larger cultural developments that have also made possible the pandemic panic and hysteria. We wealthy moderns have created a “cult of safety,” the unreal expectation that we should never by subjected to the unpleasant contingencies and risks that the vast majority of human beings have had to live with every day. Anything that makes us feel unsafe and anxious must be corrected, and of course we look to government to perform that job. The media collaborates with political power by hyping the dangers, some of which, like the coronavirus, have miniscule risks to a large majority of the people.

Finally, our neurotic risk-aversion and fear of perceived dangers are the eternal enablers of tyranny, as we have seen in states like California and Michigan in which governors are issuing un-Constitutional and arbitrary diktats that compromise our personal autonomy and freedom.  Government power invades civil society, bringing that venue of personal freedom more and more under its already considerable control––precisely the outcome the Founders feared and designed the Constitution to avoid.

Until the majority of voters take responsibility for their own lives and the outcome of their choices, our already compromised political freedom will be further degraded, and we will become prey to despotism whether “soft” or otherwise.

Bruce Thornton is a Shillman Journalism Fellow at the David Horowitz Freedom Center.