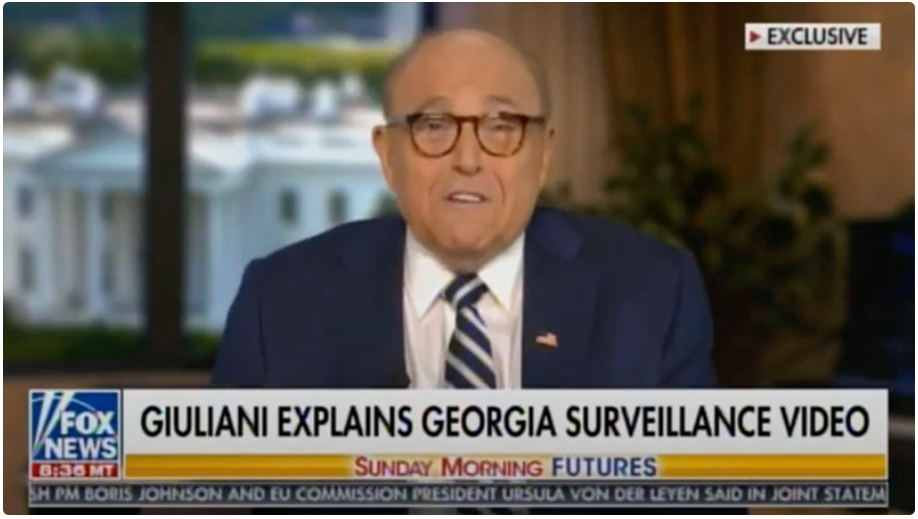 “There are one thousand affidavits. This is a massive fraud all throughout the country,” he says.

President Trump’s attorney Rudy Giuliani excoriated the FBI over its failure to investigate the long list of evidence that’s been uncovered pointing to election fraud.

Speaking on “Sunday Morning Futures,” Giuliani laid out the massive trove of evidence his team has collected over the weeks since Election Day, including over 1,000 signed affidavits. 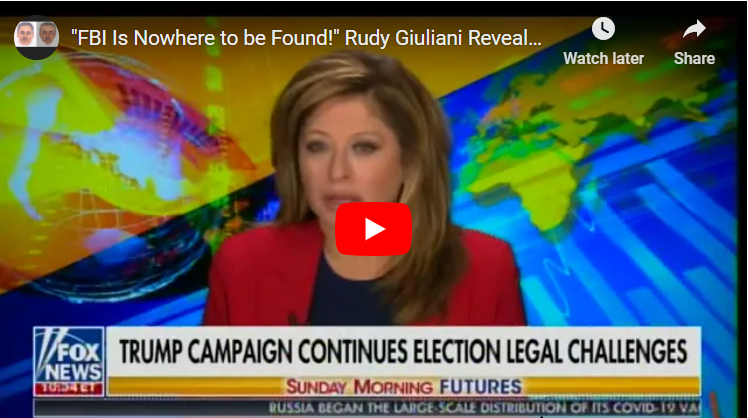 “There are one thousand affidavits of people who observed a fraudulent act.”

Giuliani went on to explain his shock that the FBI hasn’t followed up with the Democrat individuals who were seen pulling suitcases stuffed with ballots from under tables in the dead of night.

“Have those people been questioned by the FBI?” Bartiromo asked.

“No. Not that I know of,” Giuliani replied. “Not only that, those people were involved in taking USBs, taking information out of machines, they have a little history.”

“It’s not just that, they’re involved in two or three other acts of voter fraud, and the FBI is nowhere to be found. I don’t understand it,” Giuliani added.

Giuliani’s comments come after DOJ Attorney General William Barr said last week that the DOJ and FBI have so far not seen evidence of fraud that would have “affected a different outcome” in the election.

“To date, we have not seen fraud on a scale that could have affected a different outcome in the election,” Barr said. 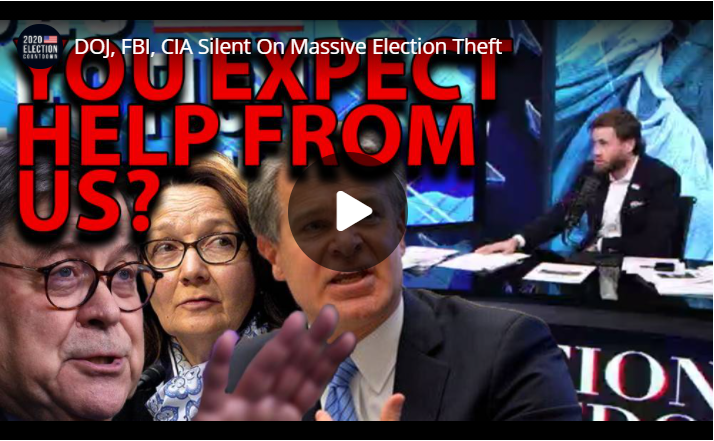 Owen is vividly imagining what it will take for the DOJ, the FBI, and the CIA to do anything regarding the election theft other than utter silence.