“You’ll Own Nothing”: UN-backed “Great Reset” Is Feudalism 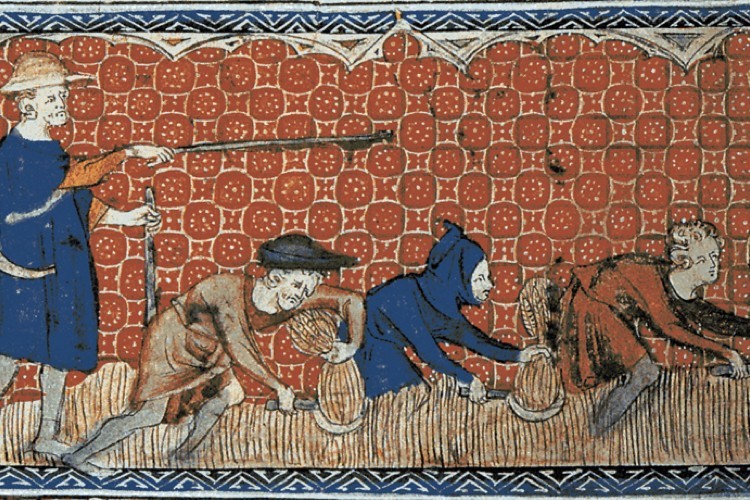 “You’ll Own Nothing”: UN-backed “Great Reset” Is Feudalism

In the not-too-distant future, you will own absolutely nothing, but you will like it and “be happy,” according to the totalitarians and Deep State globalists pushing what they call the “Great Reset.” You will also have no privacy, they say. And yet, somehow, the advocates of this feudalistic vision — the World Economic Forum (WEF), the United Nations (UN), the International Monetary Fund (IMF), and more — have decreed that “you’ll be happy.” Even leftists are freaking out.

This nightmarish description of the future envisioned under the “Great Reset” is no exaggeration. In fact, in a propaganda video posted on the World Economic Forum’s social-media accounts, the powerful globalist organization uses exactly those words. In pushing the Great Reset, the video offers what it describes as “8 predictions for the world in 2030.” The very first statement declares: “You’ll own nothing, and you’ll be happy.” It claims these predictions are based on “input” from “members of the World Economic Forum’s Global Future Councils.” 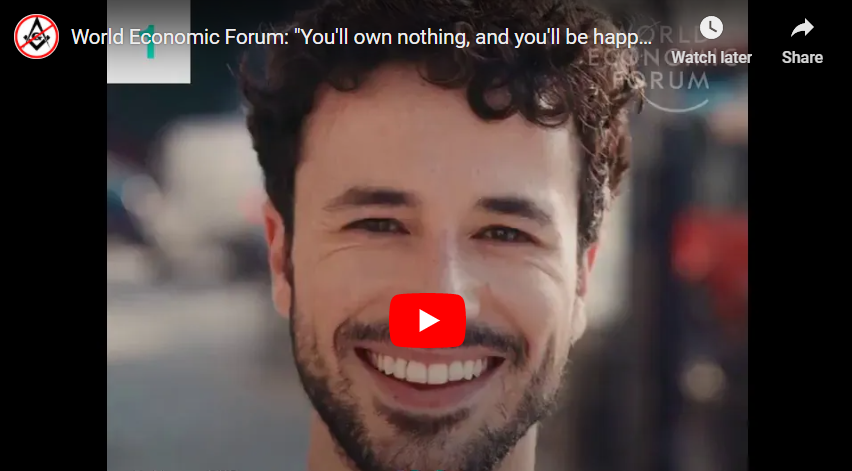 Then comes the first forecast. Instead of owning property and the necessities of life, the WEF video declares, “you’ll rent.” Apparently “whatever you want” will be magically “delivered by drone.” Except meat, apparently, since the video goes on to predict that “you’ll eat much less meat” for the benefit of the planet. Incidentally, as part of its “Great Reset” agenda, the WEF has also been peddling the disgusting notion that you must eat bugs, weeds, and seaweed instead of normal food — all to save the “climate” from the gas of life (CO2).

The bizarre video was hardly a one-time event. In fact, in a post on the WEF website by Danish Parliamentarian Ida Auken, the globalist dream of a world in which none of the plebs own property was once again trumpeted. “Welcome to the year 2030,” Auken writes. “I don’t own anything. I don’t own a car. I don’t own a house. I don’t own any appliances or any clothes. It might seem odd to you, but it makes perfect sense for us in this city.”

Sounding like livestock that can talk, and forgetting that the farm animals will eventually be slaughtered or sheared, Auken gushes about how her generous overlords now give her everything she needs for free. “We have access to transportation, accommodation, food and all the things we need in our daily lives,” the WEF piece continues. “In our city we don’t pay any rent, because someone else is using our free space whenever we do not need it. My living room is used for business meetings when I am not there.” Privacy will be a thing of the past, too, Auken admits.

Critics blasted the plans. “For those of us who support free markets, the Great Reset is nothing short of terrifying,” argued Justin Haskins with the Heartland Institute. “Our current crony capitalist system has many flaws, to be sure, but granting more power to the government agents who created that crony system and eroding property rights is not the best way forward. America is the world’s most powerful, prosperous nation precisely because of the very market principles the Great Reset supporters loathe, not in spite of them.”

As word spread about the WEF agenda, there was massive public outrage worldwide and intense scrutiny of the radical statements promoting an end to private property, privacy, and even humanity — yes, a key element of the “Great Reset,” according to its backers such as the WEF chief, is the “fusion” of man and machine. And so, the WEF appears to have pulled the English version of its video, though the Spanish one is still up on its YouTube channel. It also put a small disclaimer on the post describing it as a mere “scenario showing where we could be heading” intended to “start a discussion.”

Despite the half-hearted efforts at damage control, the vision of the globalist elite is becoming clear. In announcing the Great Reset in June, WEF boss Klaus Schwab hinted several times at the enormous scope of the transformation envisioned. “Every country, from the United States to China, must participate, and every industry, from oil and gas to tech, must be transformed,” he said about it in an article online. “In short, we need a ‘Great Reset’ of capitalism.”

The UN, which is openly peddling the Great Reset — UN boss and longtime Socialist bigwig Antonio Guterres was one of the main speakers unveiling the scheme — has been at the forefront of the war on private-property rights for decades. Sometimes, the UN, its member regimes, and its agencies even come out and express their hostility to private-property rights openly. A prime example came in 1976 when UN Habitat declared war on private land ownership.

“Land … cannot be treated as an ordinary asset, controlled by individuals and subject to the pressures and inefficiencies of the market,” the UN said in item 10 of its agenda following the UN Habitat I summit. “Private land ownership is also a principal instrument of accumulation and concentration of wealth and therefore contributes to social injustice; if unchecked, it may become a major obstacle in the planning and implementation of development schemes. Public control of land use is therefore indispensable.” 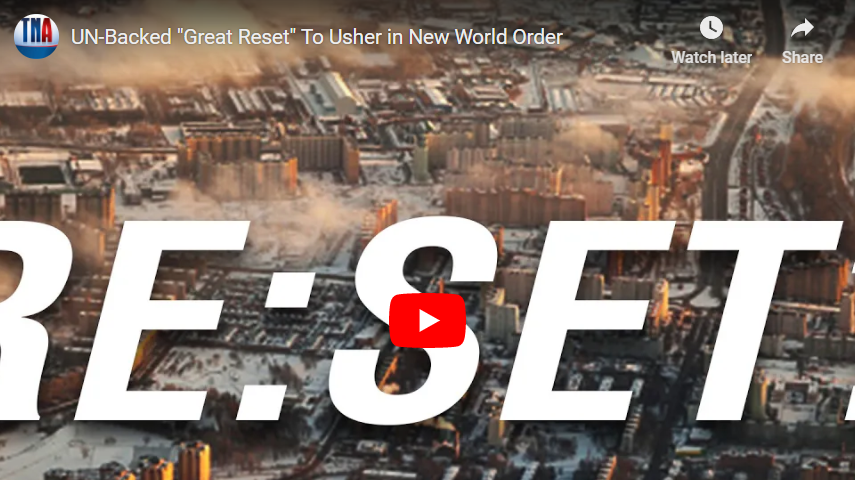 Of course, the agenda to strip humanity of even basic God-given rights such as the ability to own property is not new. Over the last century, well over 100 million people were slaughtered by their own communist and socialist overlords as those regimes fiendishly sought to centralize control over all property and resources in the hands of the elites. In the Western world, some of the most powerful individuals of the last century have been working toward that goal on a global scale, too.

In his 1966 book Tragedy and Hope, Georgetown University historian Carroll Quigley describes a shadowy network of individuals behind the scenes and their effort to build a one-world system with themselves in charge. Quigley, a mentor to former President Bill Clinton, said he agreed with most of the goals. He even boasted of being close to the network, which often worked with communists, for decades, and of having the opportunity to examine their secret documents for a period of years. Then he spilled the beans in the explosive book.

“The powers of financial capitalism had another far reaching aim, nothing less than to create a world system of financial control in private hands able to dominate the political system of each country and the economy of the world as a whole,” Quigley explained. “This system was to be controlled in feudalist fashion by the central banks of the world acting in concert, by secret agreements arrived at in frequent and private meetings and conferences.” 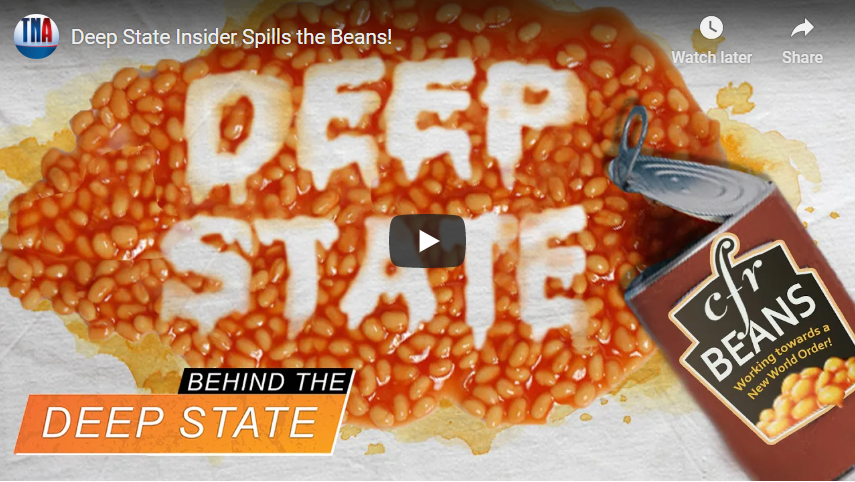 Quigley’s reference to feudalism is key. Under the feudalist system, only the ruling elites — kings, lords, barons, and so on — were permitted to own land and property. The serf class — everyone else — merely “rented” land, homes, equipment, capital, and so on from their overlords. Whatever their lords demanded, from military service and crops to children, had to be handed over on demand, otherwise the serf could be forced off the land he was “renting.” As government responses to COVID19 ravage the middle class while boosting crony mega-businesses such as Amazon, the new serf class is quickly emerging in America.

According to Quigley, the “apex” of the global feudalist system was to be the Bank for International Settlements, a scandal-plagued institution that came completely under the control of Adolph Hitler’s National Socialists (Nazis) for a time. Quigley described the BIS as “a private bank owned and controlled by the world’s central banks which were themselves private corporations.” But even the powerful central bank chiefs are not the true power behind the throne, Quigley revealed.

“It must not be felt that these heads of the world’s chief central banks were themselves substantive powers in world finance. They were not,” the Clinton mentor and wanna-be member of the global elite explained in his book. “Rather, they were the technicians and agents of the dominant investment bankers of their own countries, who had raised them up and were perfectly capable of throwing them down.” In short, the central bank bosses were mere technocrats serving their own masters.

Quigley’s observations — along with contemporary realities involving global elites stashing all their vast wealth in tax-exempt foundations — offers powerful evidence that the elites pushing the elimination of private ownership do not intend to surrender their own property. In fact, like the monarchs, barons, and lords of feudal societies past, they intend to centralize control over all property and resources in their own hands. You will own nothing. You will be a serf. They will be your masters.

Accomplishing that goal on a worldwide level will require eliminating or discrediting the American system of God-given rights protected by government. And thus, other WEF predictions include the United States losing its status as the leading superpower, with a new order featuring “a handful of countries” that will “dominate” taking its place. Indeed, the engineered process of displacing America in favor of what globalists and communists call the “multi-polar world order” has been underway for years, with help from American elites. That is accelerating now. Even “Western values” will be “tested to the breaking point,” the WEF video says.

Another prediction — one that has been made repeatedly by UN agencies and climate alarmists for decades, and one that has consistently been proven wrong — is that massive numbers of people will be displaced by “climate change.” In fact, one billion people will be moving from Third World countries into the dying Western world, according to the WEF’s “predictions.” Many of those will be imported to America if the Deep State gets its way as part of a concerted effort to “fundamentally transform” the United States. “We’ll have to do a better job at welcoming and integrating refugees,” the WEF video says before mentioning a supposed search for “alien life.”

The “Great Reset” agenda pushed by some of the most powerful organizations in the world is a clear and present danger to the life, liberty, and property of almost every person on the planet. In fact, it is practically a declaration of war on America’s constitutional republic and the fundamental rights of every American. However, defeating the agenda is not impossible. Exposing its architects and their plan will be crucial. Then, withdrawing from the UN and the IMF, alongside a restoration of sound money and constitutional protections, can help protect America from these totalitarian schemes. But time is short.

World Economic Forum: We Can be “Conditioned” to Eat Weeds and Bugs to Save Us From Climate Change